Honoring the victims of the USS Forrestal fire 53 years later 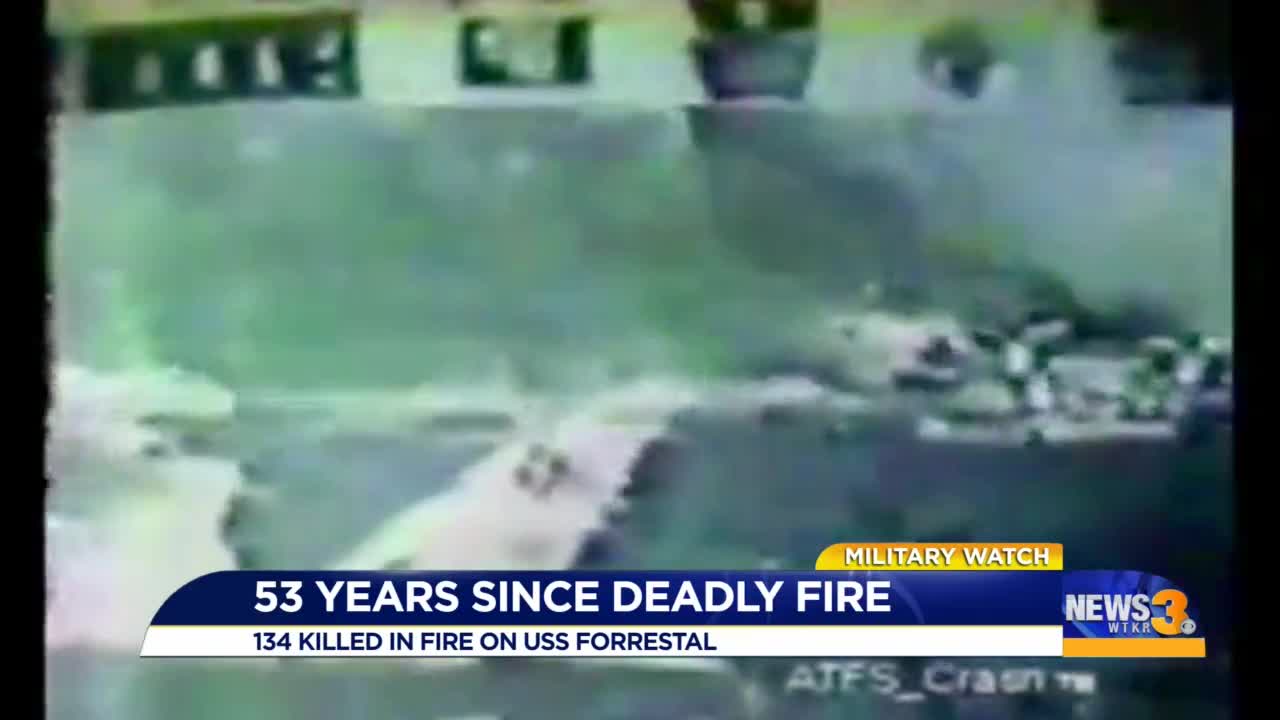 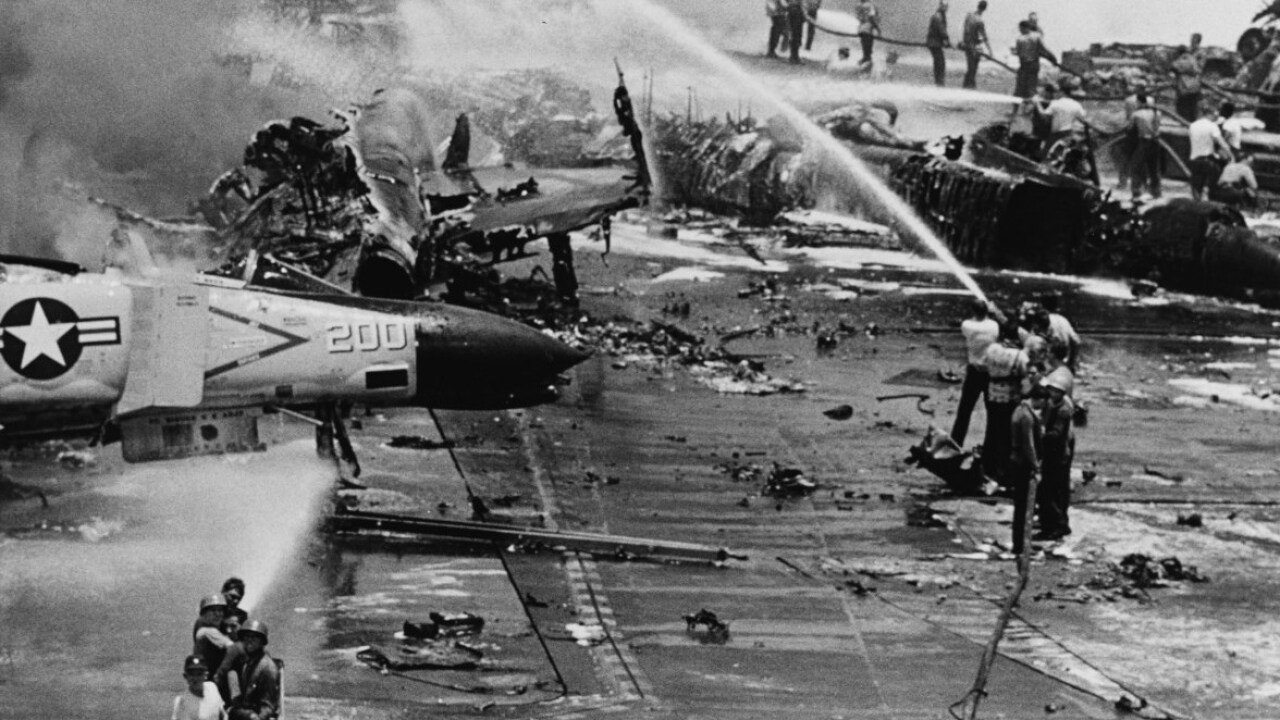 The ship was the first of the Navy's supercarriers.

On July 29, 1967, the Forrestal was off the coast of Vietnam for combat operations in the Gulf of Tonkin.

A rocket misfired, striking a fuel tank on one of the planes starting fire on the flight deck which began igniting bombs onboard.

“When the first bomb went off, it more or less knocked all four of my lights welded to the flight deck to the floor and it went to instant dark,” survivor Michael Yatsko told News 3 anchor Todd Corillo during a memorial service in 2014.

By the time the fire was under control, 134 men had lost their lives, dozens more were injured, and 21 aircraft were destroyed. The Forrestal itself also suffered major damage.

The ship was saved though and continued to serve the United States until it was decommissioned in 1993.

When the fire broke out, he ran towards it, not away, armed only with a portable fire extinguisher. A bomb exploded, killing Farrier.

In February 2014, despite efforts to save the ship, the Forrestal was towed to Texas to be scrapped.