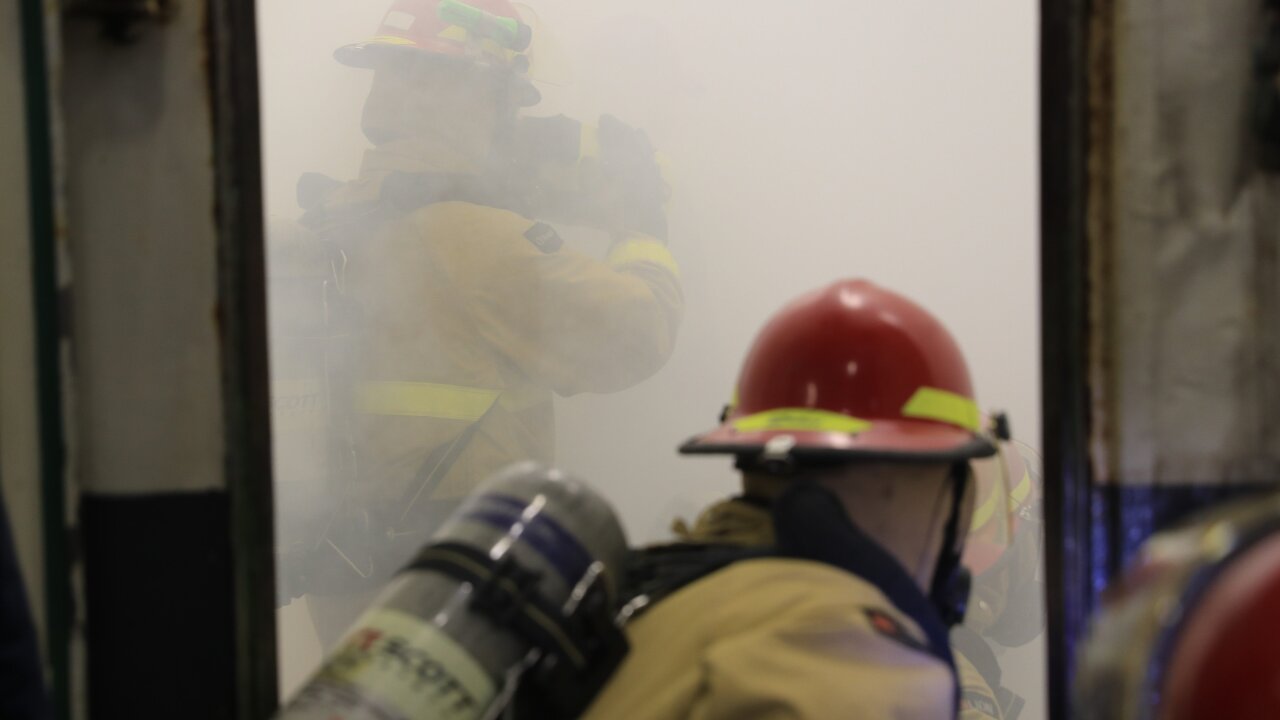 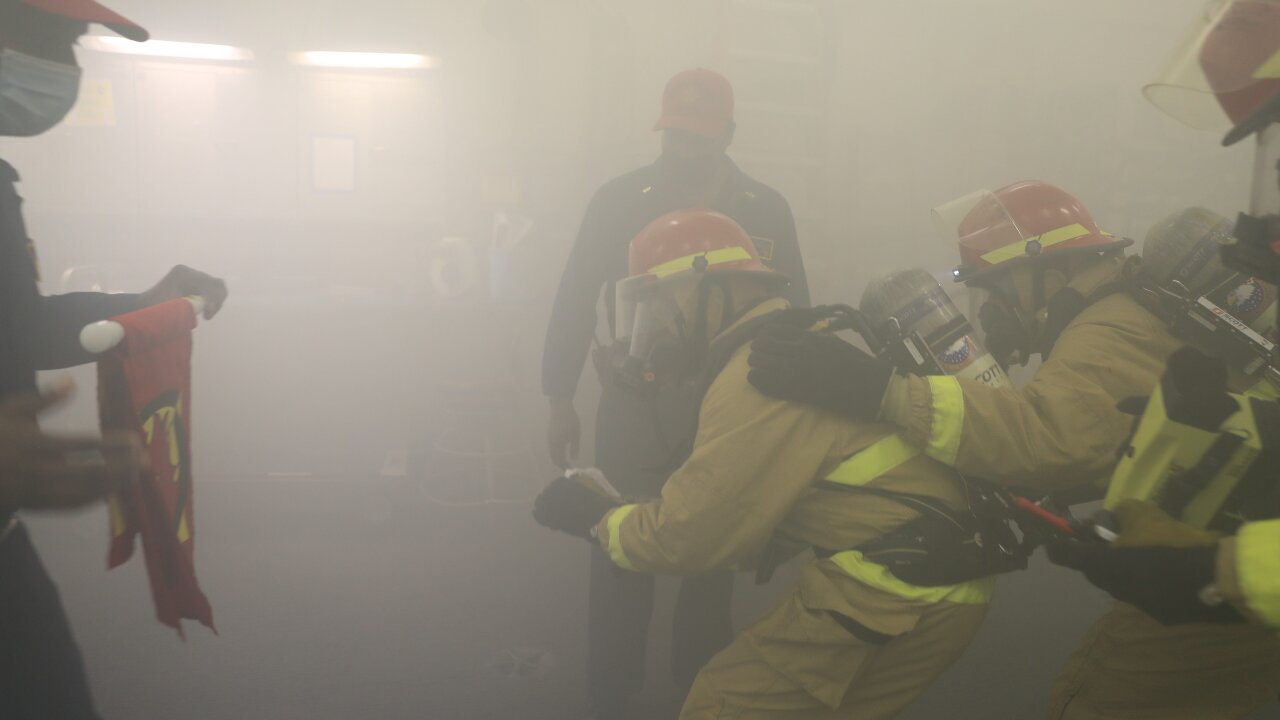 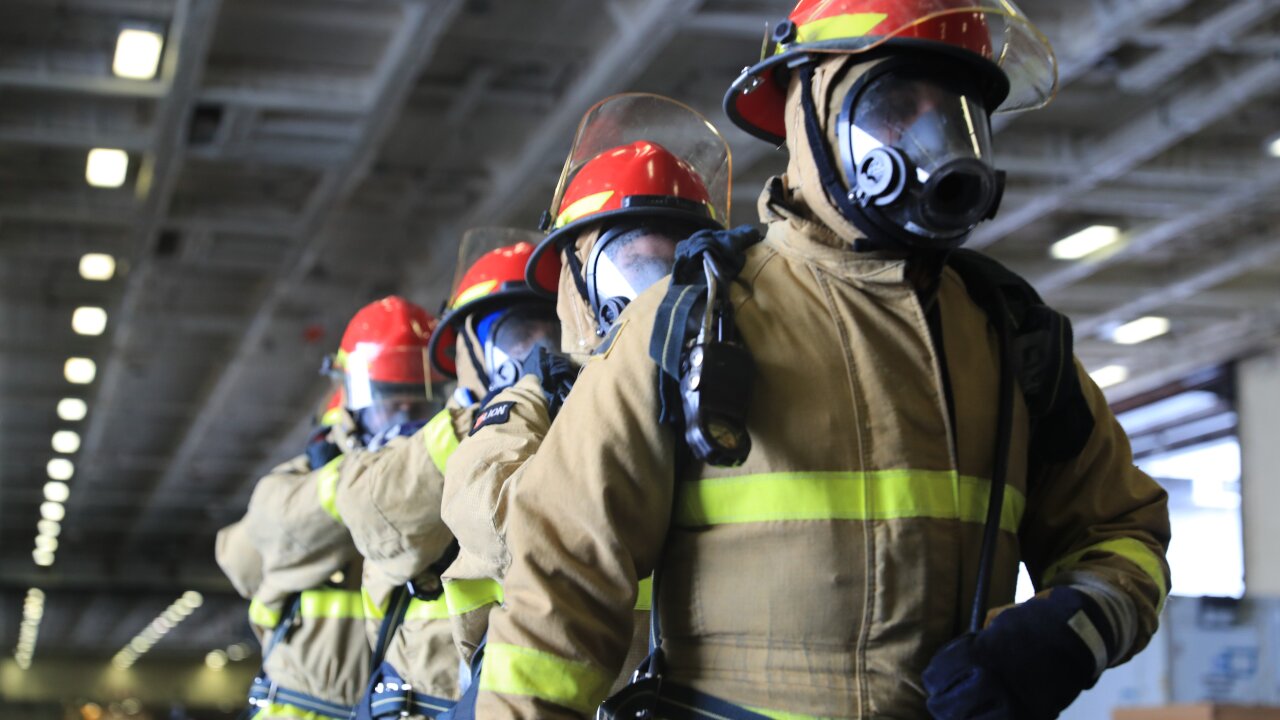 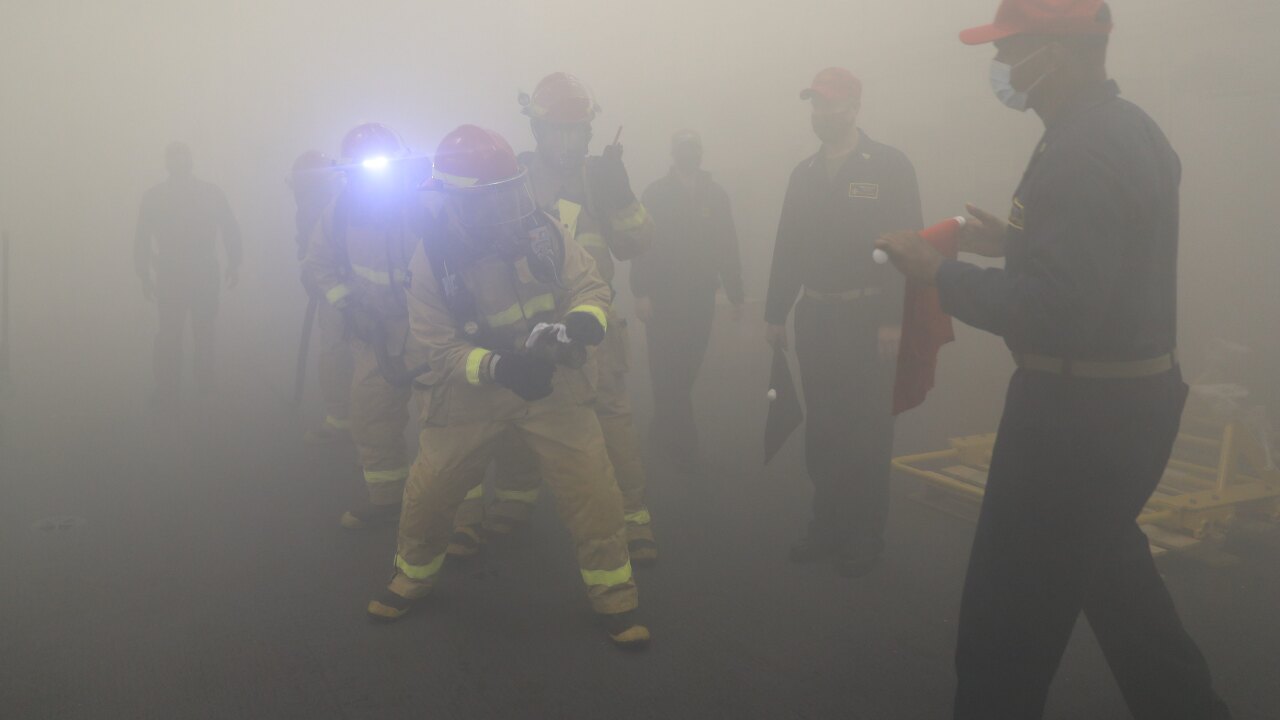 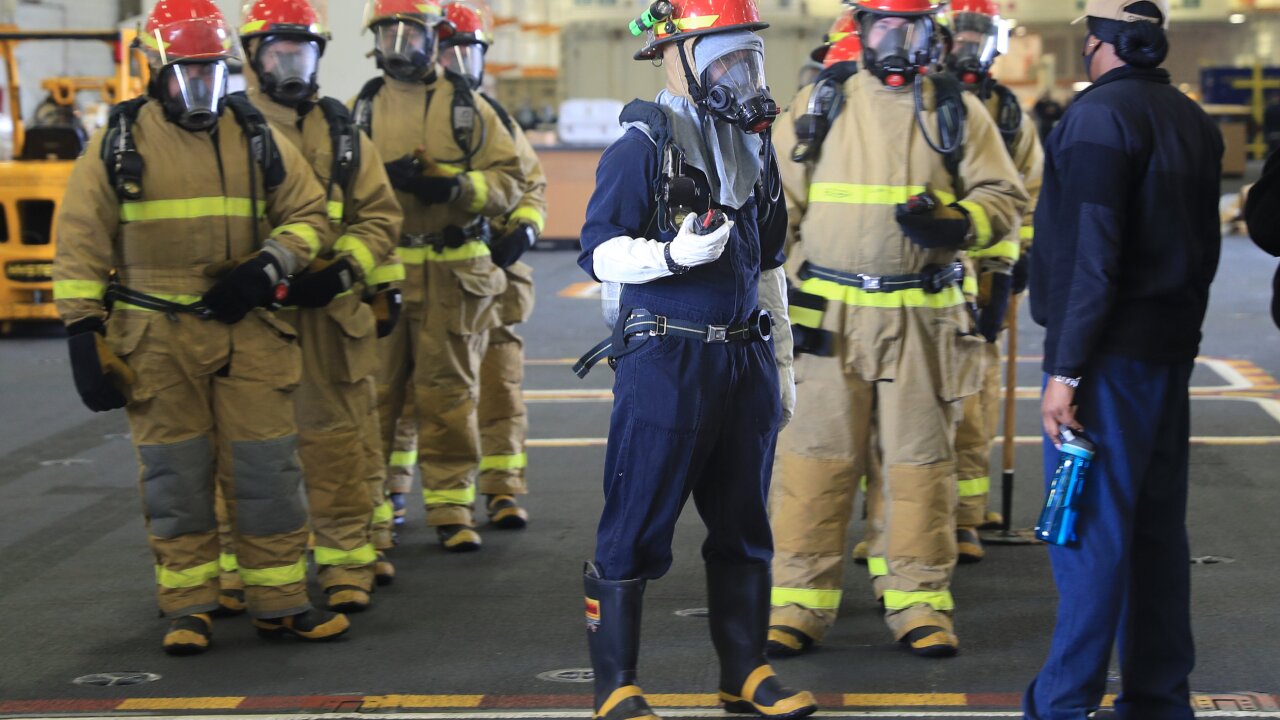 NORFOLK, Va. - Navy fire crews spend countless hours training and making sure they are ready to respond to emergencies on their assigned ships, but what happens when they're called upon to provide assistance to other ships?

It's a scenario that played out over the summer when a massive fire engulfed the USS Bonhomme Richard in San Diego.

More than 400 Sailors from other 20 other ships on the waterfront were called upon to provide aid in fighting the Bonhomme Richard fire.

The Ford and Stennis may both be aircraft carriers, but since the Ford is the first in a new-class of carrier, the layout between it and the Nimitz-class Stennis are different. Thus, a crew from one responding to the other in an emergency would find differences that training can help make easier.

"This is hugely significant for us. This is the first time the Navy has started cross-training like this and as a whole it makes our Navy more proficient when it comes to firefighting. It makes the Sailors onboard more proficient on other classes of ship and other layouts of ships," explained CWO2 Andrew Woods, the fire marshal on Stennis, in a Navy video highlighting the training.

The Navy anticipates continued cross-platform training for fire crews, that will likely involve evolutions where smaller ships will support carriers and vice-versa.