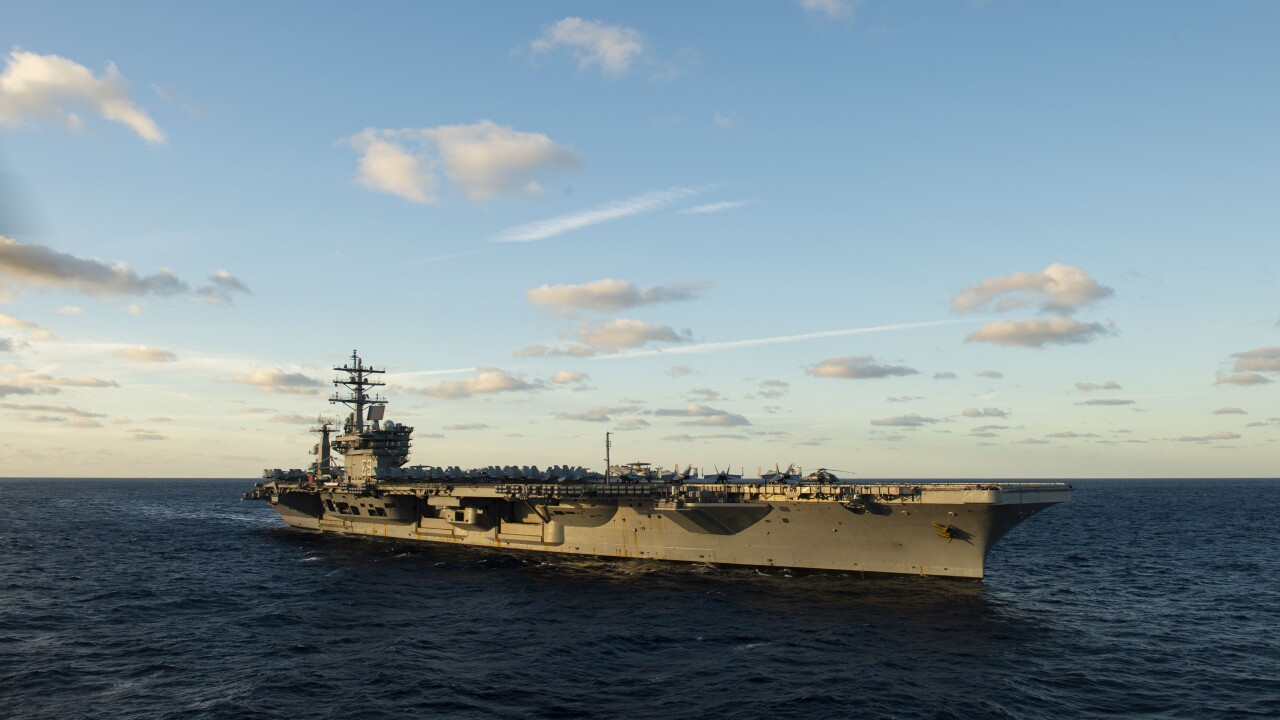 NORFOLK, Va. - The Norfolk-based USS Dwight D. Eisenhower (CVN 69) and the ships and aircraft of Carrier Strike Group TEN departed for deployment upon completing the Composite Unit Training Exercise, according to the U.S. Navy.

The exercise, also known as COMPUTEX, tested the group's ability to integrate as a multi-mission fighting force and carry out sustained combat operations. International allies including ships from the Royal Canadian Navy, the French Navy and the Danish Navy also participated in the exercise.

"The Sailors of IKE Strike Group are trained and ready to execute the full spectrum of maritime operations in any theater," said Rear Adm. Paul Schlise, commander, Carrier Strike Group 10. "Carrier Strike Groups are visible and powerful symbols of U.S. commitment and resolve to our allies and partners, and possess the flexibility and sustainability to fight major wars and ensure freedom of the seas."

Two local carriers are now on deployment - the USS Harry S. Truman and the Eisenhower.