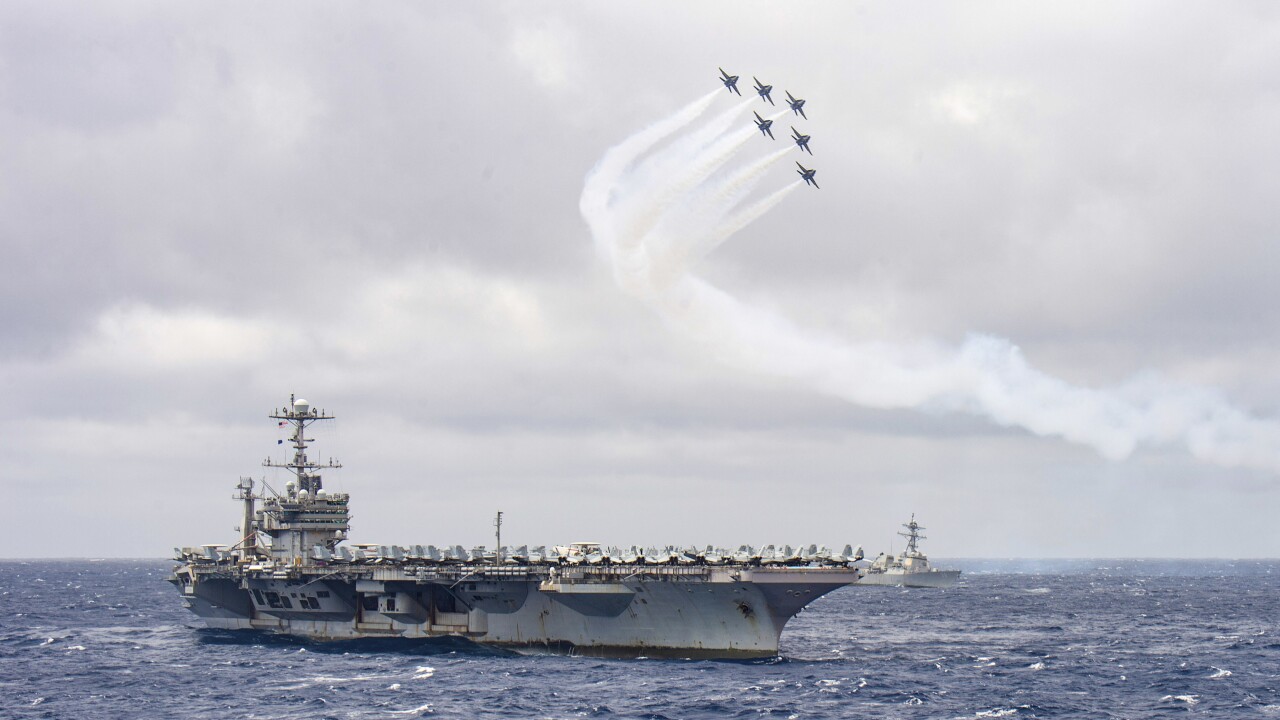 ATLANTIC OCEAN - The USS Harry S. Truman Carrier Strike Group got a special flyover performance from the Blue Angels while at sea Wednesday.

The Truman Carrier Strike Group has remained at sea since mid-April following a deployment to the Middle East.

The Navy explained the decision to protect the crew from the risks posed by COVID-19 and keep a carrier strike group at ready to go if needed.

Wednesday, the Blue Angels did a flyover in Annapolis, Maryland at the final commissioning ceremony for the United States Naval Academy Class of 2020.

On their way back to Pensacola, Florida, the Blue Angels performed a salute to the Truman Carrier Strike Group Sailors at sea.

"I remember watching the Blue Angels as a kid, and seeing them today brought back great memories. I appreciate that they are giving us love out here," said Aviation Boatswain’s Mate (Handling) Third Class Tyler Williams in a Navy release.

Earlier this month the Blue Angels partnered with the Air Force Thunderbirds for the America Strong campaign, saluting healthcare workers and other essential workers, with flyovers across the country.