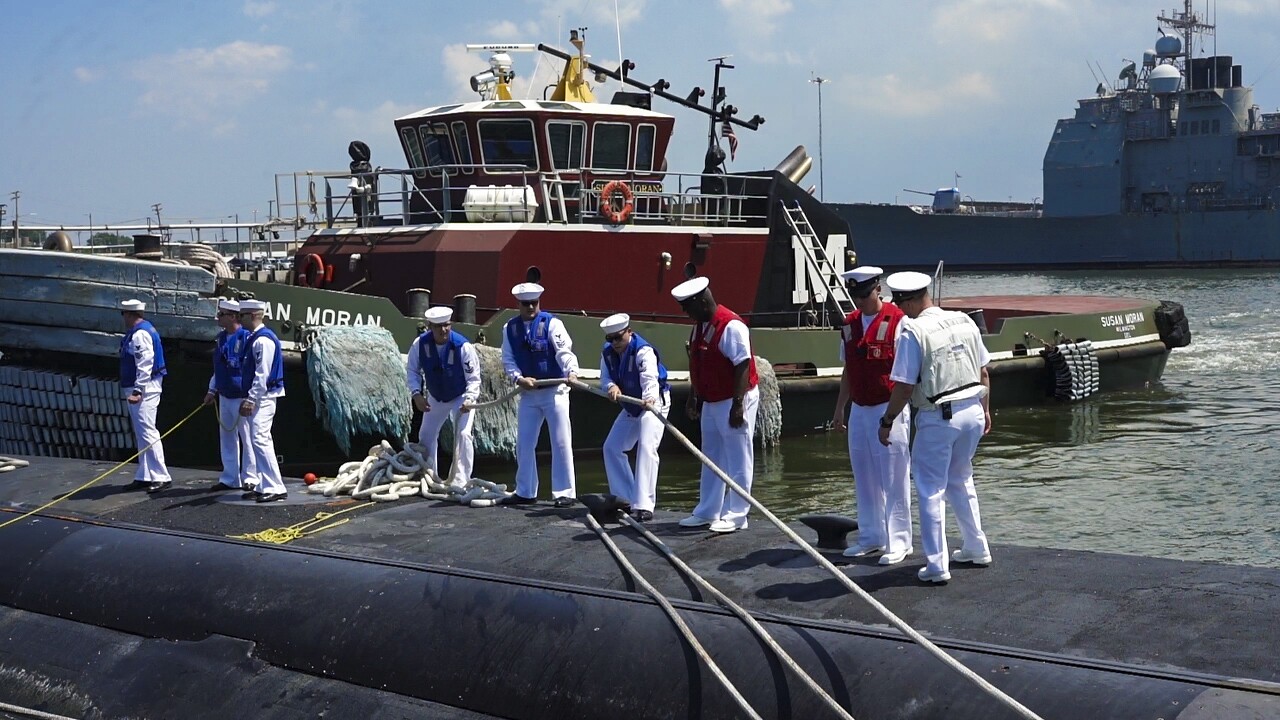 Under the command of Commander Dave Fassel, Newport News returns from a deployment where it supported national security interests and maritime security operations.

“The level of dedication, teamwork, resiliency and heart this crew demonstrated during an extended seven-month deployment is just amazing,” Fassel said. “The fact that we were able to spend 137 continuous days at sea while managing our equipment status and food inventory is a true testament to the mental toughness and sacrifice every Sailor exhibited to ensure Newport News was on station when the country called upon her.”

As the COVID-19 pandemic spread across the globe, Newport News continued to conduct operations.

“Due to the effects of COVID-19 and the need to remain a battle-ready asset, Newport News was restricted to the pier to ensure there was no risk to the crew to contract the virus,” Fassel said. “Naval Support Facility Diego Garcia and Diego Garcia Morale, Welfare and Recreation truly helped the crew get some well-deserved rest and relaxation after an arduous 137 days at sea.”

While operating in the U.S. 5th Fleet area of operations, Newport News participated in a bilateral interoperability exercise with the French ship (FS) Languedoc and an anti-submarine warfare exercise with the Dwight D. Eisenhower Carrier Strike Group.