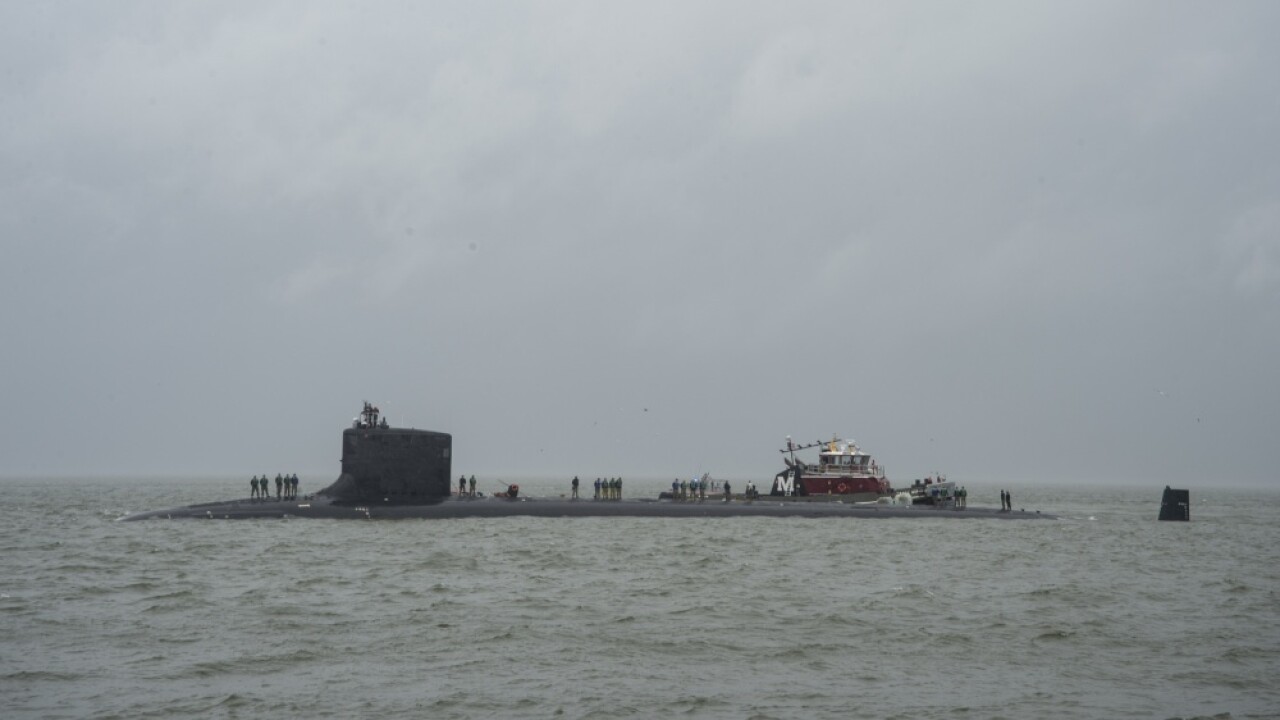 NORFOLK, Va. - The Virginia-class fast-attack submarine USS Washington (SSN 787) returned to its homeport in Norfolk Tuesday after its first deployment.

According to a release by the Submarine Force Atlantic, Washington was deployed to the U.S. European Command area of responsibility, supporting national security interests and maritime security operations.

When the submarine returned to Naval Station Norfolk, it was welcomed by more than 500 family members and friends.

“I could not be more proud of what my team has accomplished,” Capt. Gabriel Cavazos said. “This team has given their all throughout our workups and execution to be ready to accomplish the ship’s maiden deployment. They faced adversity together by creating innovative solutions and had an incredibly successful deployment.”