After learning of Whitey Bulger LSD tests, juror has regrets 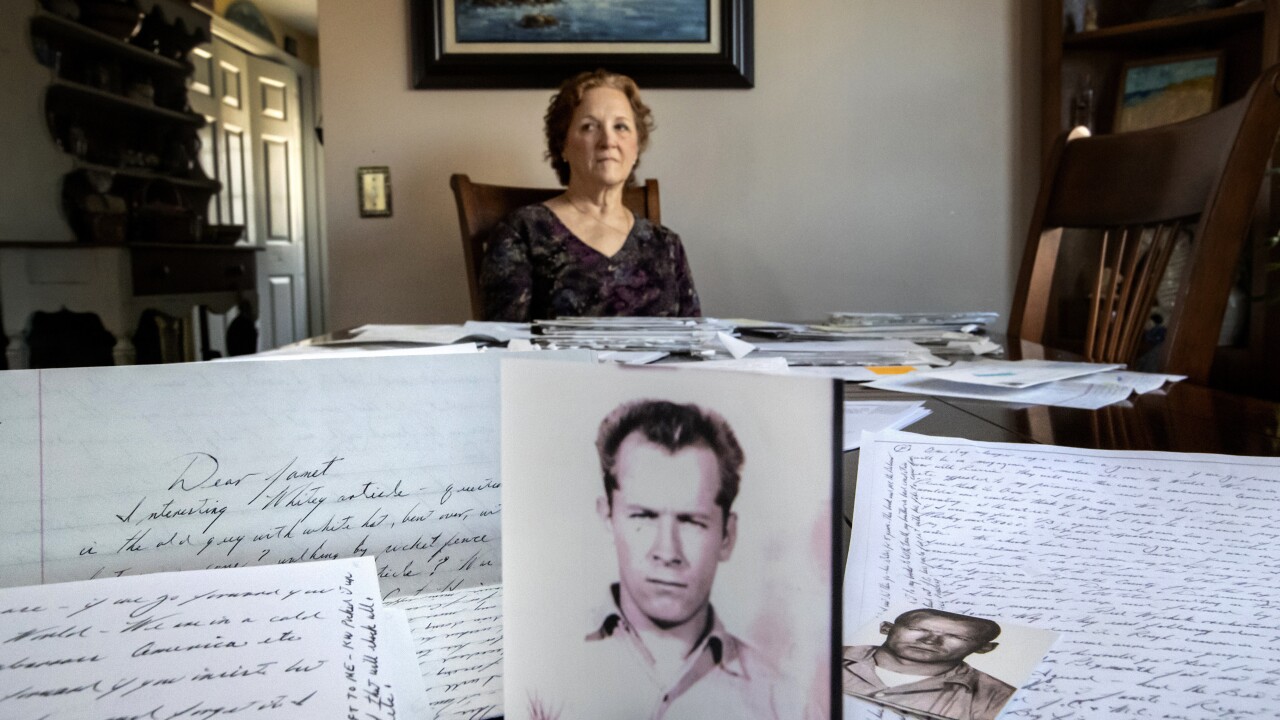 (Copyright 2020 The Associated Press. All rights reserved. This material may not be published, broadcast, rewritten or redistributed.)
David Goldman/AP
Janet Uhlar sits for a photo at her dining room table with an arrangement of letters and pictures she received through her correspondence with imprisoned Boston organized crime boss James "Whitey" Bulger, Friday, Jan. 31, 2020, in Eastham, Mass. Uhlar was one of 12 jurors who found Bulger guilty in a massive racketeering case, including involvement in 11 murders. But now she says she regrets voting to convict Bulger on the murder charges, because she learned he was an unwitting participant in a secret CIA experiment in which he was dosed with LSD on a regular basis for 15 months. (AP Photo/David Goldman)

EASTHAM, Mass. (AP) — A juror in the murder and racketeering trial for the notorious Boston crime boss James “Whitey” Bulger says she regrets voting in 2013 to convict him for murder.

Janet Uhlar's regret stems from dozens of letters Bulger wrote to her from prison. In some, he describes his unwitting participation in a secret CIA experiment with LSD called MK-ULTRA. In it, doctors gave him the powerful hallucinogen without his knowledge while in prison. Bulger's lawyers never brought the program up in his federal trial.

Bulger terrorized Boston from the 1970s into the 1990s with a campaign of murder, extortion, and drug trafficking, then spent 16 years on the lam. He was killed last year in prison.