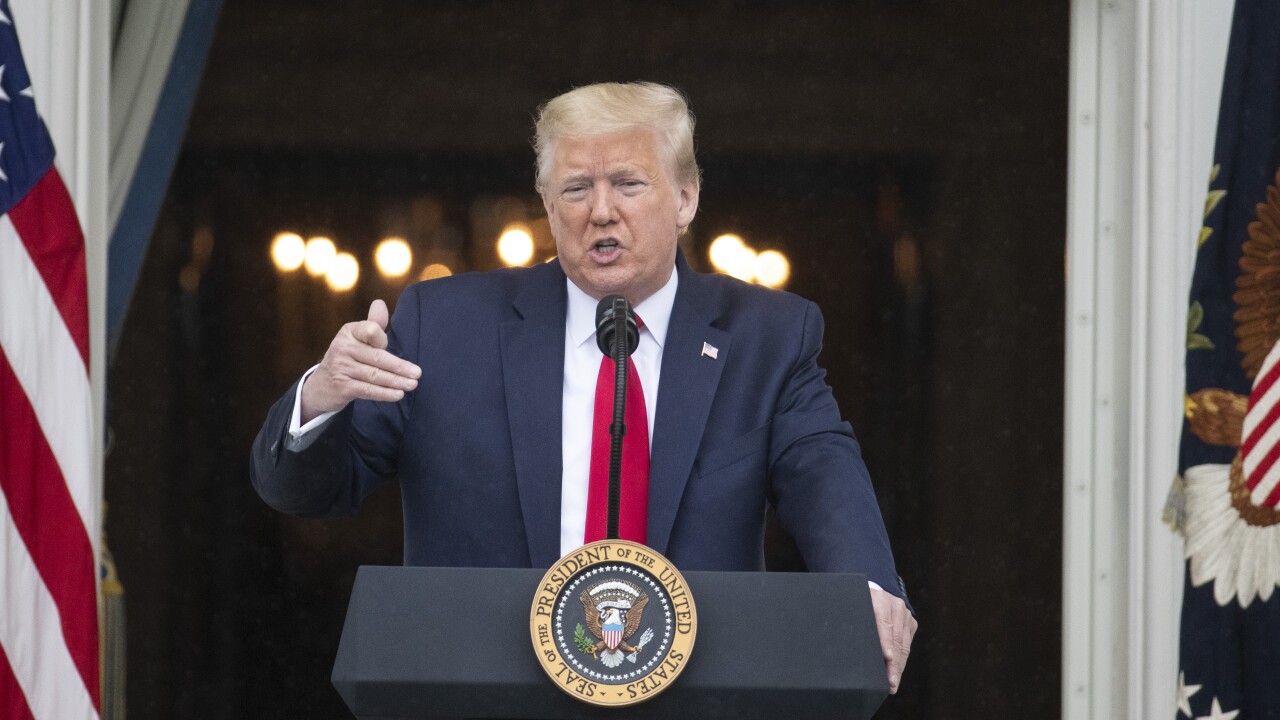 Alex Brandon/AP
In this Friday, May 22, 2020, photo, President Donald Trump speaks during a "Rolling to Remember Ceremony," to honor the nation's veterans and POW/MIA, from the Blue Room Balcony of the White House in Washington. Trump booked back-to-back Memorial Day appearances despite the coronavirus pandemic, at Arlington National Cemetery and at a historic fort in Baltimore. (AP Photo/Alex Brandon)

ABOARD AIR FORCE ONE (AP) — President Donald Trump says he will postpone a meeting of Group of 7 nations until fall.

He's also calling for an expansion of the group’s membership because he considers the current members an outdated group that doesn’t properly represent what’s taking place in the world.

The G7 members are Canada, France, Germany, Italy, Japan, the United Kingdom and the United States.

Trump is singling out Russia, Australia, South Korea and India as possible additions.

The leaders of the world’s major economies had been slated to meet in the U.S. this year, but that gathering has been hobbled by the coronavirus outbreak.