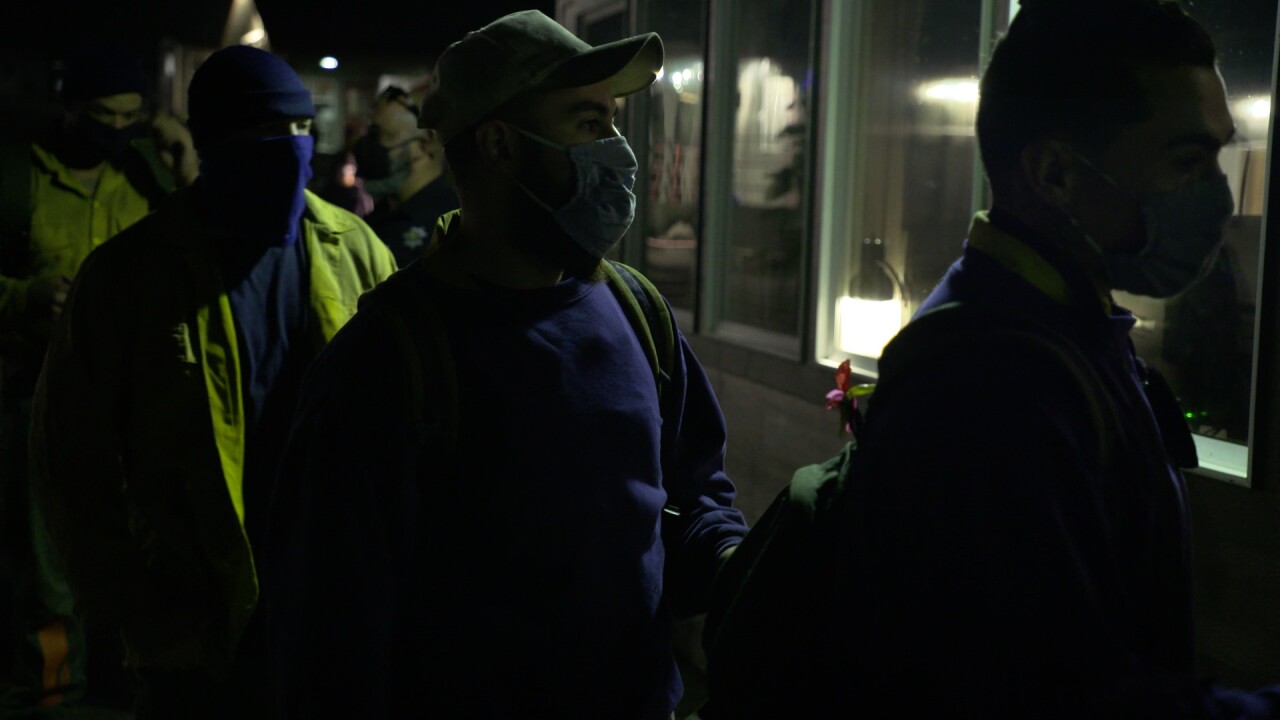 This camp is a place where men who have served most of their sentences, have records for good behavior and possess a strong work ethic can come to earn a second chance.

“We’re all in here for different reasons,” said Ronald Lunsford, who is just one month from being released after more than a decade in prison.

But all their paths led to the South Fork Forest Camp. A path now helping them turn away from the past.

“Not everybody that comes to prison is a bad person. People make mistakes,” said Charles Teal, who has been firefighting and working in the camp’s mechanic shop since he left the traditional prison setting. “Places like this really help people get back on track.”

Men who have less than four years left to serve can come here to get job training, and the training comes in many forms.

Every morning before sunrise, the inmates trained in firefighting head out into the community to protect families’ homes.

This summer, wildland fire crews have relied heavily on inmate crews for help.

“I like going out there and helping the community,” said Juan DeLeon. “We’re human beings, we’re trying to do the right thing.”

But not everyone is on the fire line: some inmates focus on the tree line learning forest management. Others in the shop learn carpentry and mechanic work, while many work in the camp hatchery raising fish to return to local rivers.

The Oregon Department of Forestry partners with the Department of Corrections to provide job training, proper certification and the skills these men need to get jobs in these fields or similar fields as soon as they’re released.

For Aaron Gilbert, the chance to step outside his cell was the beginning of a new chapter.

“I’ve been in maximum security prison for the last 13 years, and I came out here just about a year ago. I remember I got off the bus here and my eyes couldn’t adjust, it was just so much green,” he said.

Gilbert is working each day for just a few dollars towards a future he can now see clearly.

“I feel like I’ve been able to pay back some of my debts to society, and so I want to get out and live a simple life and do the right thing, and that’s something this place will really teach you,” he said.

On top of the job training these men can take with them after they’re released, this camp also found their recidivism rate is much lower than other correctional facilities in the state.

“When we put someone through our program and they re-enter society, that they’re not going to going to re-enter this system, they’ll have the knowledge the skills and the capacity to be a productive member of society,” said Brandon Ferguson of the Oregon Department of Forestry.

The Oregon Department of Corrections said every inmate costs taxpayers an average of $40,000 dollars per year to care for and house, which is about $108 per day. South Fork is helping save the community money by keeping people from re-offending, and it’s creating a pipeline to the workforce.

“All these guys that are here are going to get out, and they’re going to be our neighbors, so we want them to be successful,” said corrections Lt. Steve Voelker.

These men know success starts with redemption, and now, they’re equipped to chase it.