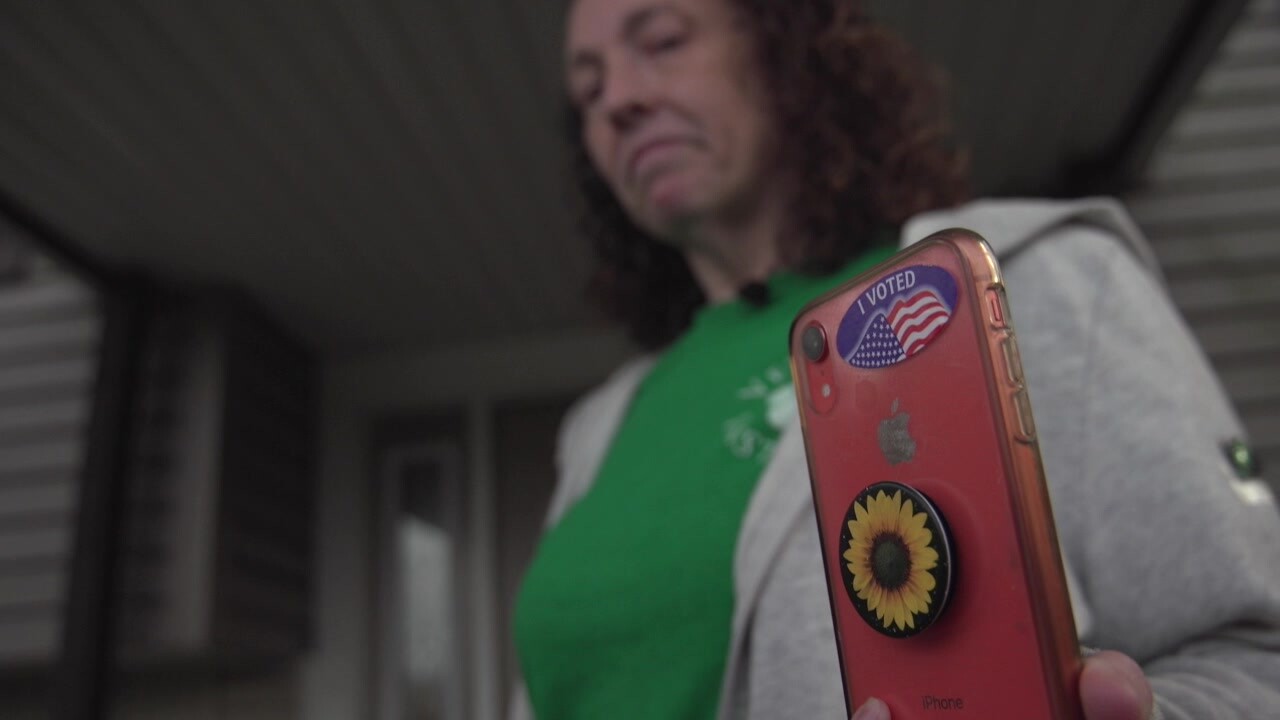 Politics can get personal.

“I’ve been amazed the last two weeks at how mean people can be," said Pennsylvania voter Kim Vettel. "And it's not just from one political side, it’s everywhere.”

Vettel knows just how personal political talk can get.

"It's been tense for everyone," she said. "It's been heartbreaking, losing friends realizing family members feel different than you but you didn't realize before."

Vettel doesn't hide where she stands, there is a Biden sign in the front yard of her home about an hour from Pittsburgh. She lives in a neighborhood where few feel the same way she does about this election.

“I’m not embarrassed at all for who I voted for," Vettel said.

Vettel also isn’t hiding that the 2020 election is the first time in her life that she has voted. She is 42 years old.

“I never been into politics. I didn’t really grow up in a family where it was as big deal," Vettel said. "I can’t remember anyone in my family, in particular, going to vote when I was younger.”

The reason for her change? It's personal.

“My rights as someone who is out as a lesbian," said Vettel's 18-year-old daughter, Haylee Tucker.

Tucker displays her first "I voted" sticker on the back of her phone.

“They’re doing their research. They’re trying their hardest to do what’s right for everybody. They’re sick of continuing to grow up and have to be adults in it," she said of the many people her age also voting for the first time this election.

This isn't the first election where it's been hard to predict what Keystone State voters will do.

“The message that came out to residents in Pennsylvania is you’re going to decide the election," Claudia Raymer said.

Raymer isn’t a first-time voter, but she’s already thinking to 2024, when her son, Alex, will be able to cast his first ballot.

“I don’t vote just based Democrat or Republican. I vote with whatever one seems best," Raymer’s son said.

While he can't vote in this election knows its importance.

"To see him see the value in voting, I feel like I'm doing something right," said Raymer.

Alex is also aware not everyone uses their power to vote.

"It may seem like it doesn’t matter in the long run, but it does," he said. "It is your voice, and you can do whatever you want with it, so it's important it's heard."

Voting is an importance not lost on first-time voters like Kim Vettel, who hopes as we move forward, we can look for what is personal to people beyond politics.

“My next-door neighbors are Trump supporters, and we love them, they are amazing people, they treat us like family, and just because of who they vote for doesn’t change my thoughts of them," Vettel said.