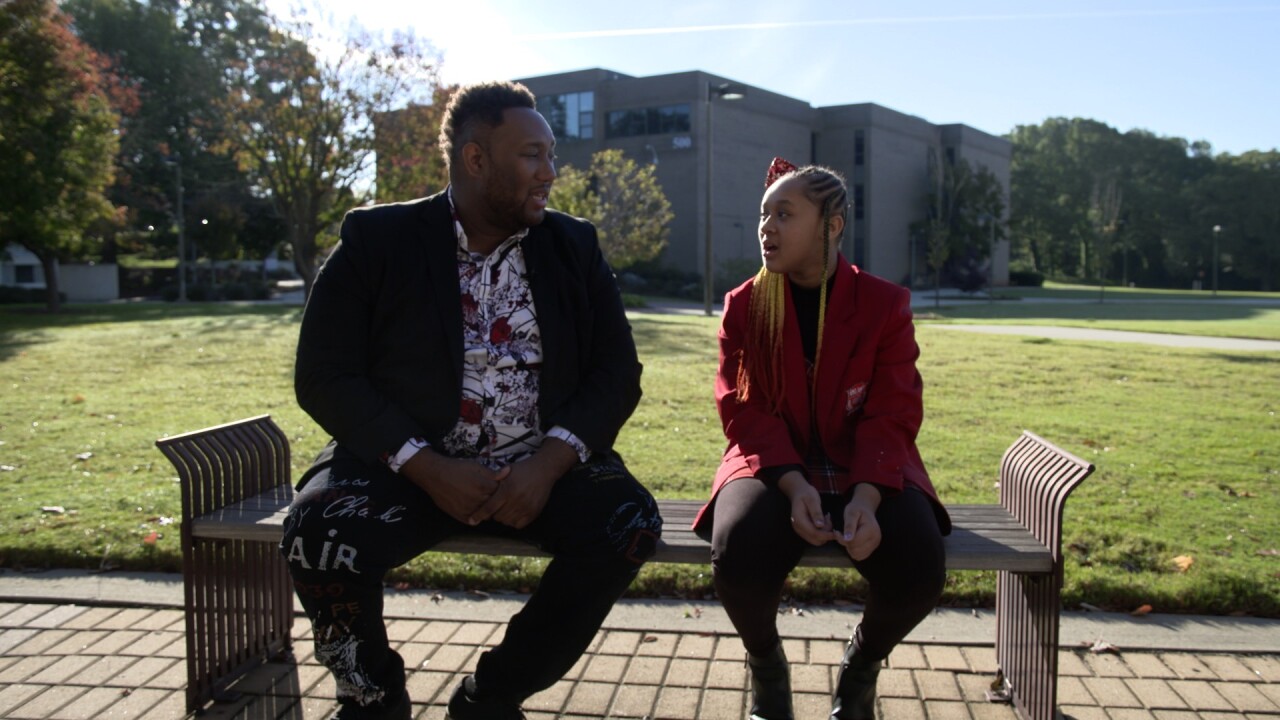 Pastor John Elmore's 10-year-old daughter isn’t old enough to vote, but this election has his fifth grader engaging in politics more than he ever expected.

It's a trend he's noticed across his entire community. People are calling for unity and hope.

"That we as a people, no matter who's in office, will do our part to bring about a change," said Elmore, pastor of the 3D Church and a community activist.

Change is something his family is witnessing firsthand. They’re in Georgia, one of the most contentious states of the 2020 election.

Elmore, his family and fellow voting activist Toccaro Combs held an Election Night watch party at their church. They were hoping to see Georgia swing blue by a landslide, but instead were left with sharply divided results for days.

"You could see it as division, but you can also see it as growth. I see an opportunity for a new nation, a new look, a new energy, the spirit behind the people of this nation, so I see it as opportunity," said Elmore.

Elmore and Combs teamed up this year to build that opportunity for change.

"We have registered thousands, and hundreds of thousands, of new voters that have activated their voices, and to see Georgia be purple, I'm not surprised. I am just excited," said Combs.

Tocarro said the excitement after this election is so different from four years ago.

"The day after Election Day in 2016, I woke up and I was horrified. I didn't know, especially as a Black woman in this country, what it looked like for me under an administration that was opposite of my values, and I refused to wake up feeling that way this time around, no matter how the results came out," said Combs.

This election saw record turnout for African American voters in Georgia, a success Elmore and Combs believe started from the ground up.

"We have good community leaders that are fighting hard daily, often to make sure that everyone has a fair opportunity. Yes, suppression is still real. It's still prevalent, it still exists, but I am proud to see that there's starting to be some balance, some awareness, being brought to it, and at this point, I could see the light at the end of the tunnel," said Elmore.

The slow and steady fight to get people involved in elections exploded this year, a change Elmore is grateful to be part of.

"I've noticed people more in tune to politics, people that never cared before, so I think it's brought an awakening to the community."

It’s these conversations, and the neighborhood movements, energizing communities of color to fight beyond party lines, beyond state lines, for a country where all voices are heard.

"It's my hope that change is now, and is happening, and is forever going to keep progressing," said Elmore.

"Together we are the United States of America, does not matter who you voted for. We are responsible and accountable for each other," said Combs.