Musicians play on Election Day for moment of normalcy, hope 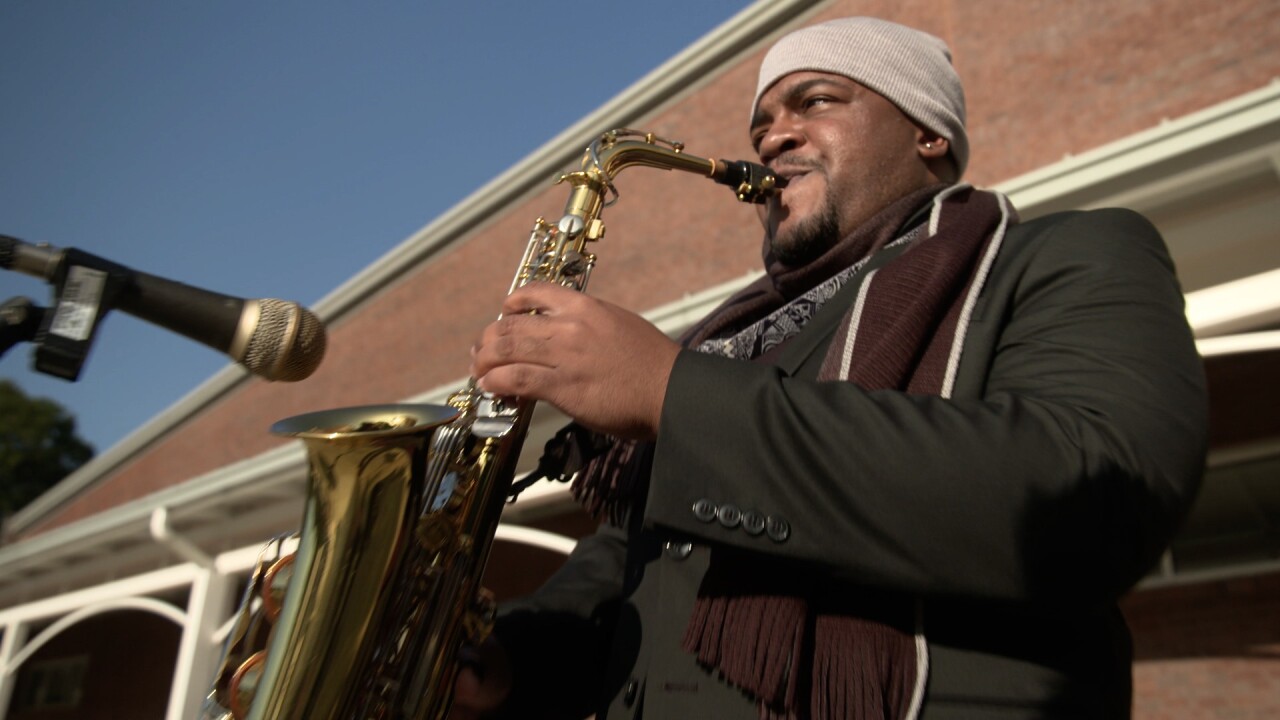 ATLANTA, Ga. -- Musicians across the country performed for voters to bring unity and hope in a divisive time.

"Music is therapeutic," said professional saxophonist Christopher King. "It's like that one time that we can all come together whether we're Democrat or Republican."

After months of divisive politics, King and other musicians came together through Play For The Vote. Their mission: lift worries and burdens from voters' shoulders and create a different feeling at the polls this Election Day.

"With everything we've been through since the beginning of this year, you can turn a negative into a positive," said King of this moment in history.

Poll workers across Atlanta expected crowds of voters lined up around the building, but the day was quiet. The average wait was under five minutes.

For musicians Ally Jenkins and Brian Raddock, performing on Election Day, even to a small crowd, was a moment of triumph, especially in a time where their life’s work has been slipping through their fingers.

"It's been a nightmare," said Jenkins, a violinist. "Everything was canceled within like three days of each other, and this is tens of thousands of dollars of income and also our purpose for living."

"Devastating is putting it lightly, and in a lot of ways, and it's just because we're both freelancers. It's really show to show," he said.

These two have played on Broadway and across New York City until COVID-19 shut their livelihoods down.

"I feel the most alive when I'm playing music, and to not have that with other people, it's it just kind of makes you feel a little bit lost when you're having to do it by yourself," said Raddock.

But Election Day brought back a glimpse of normalcy.

"To see some people smile while we're playing music and to use art to really help bring some more beauty into the world, I can't really even describe what it means. It's just wonderful," said Raddock.

"It was fun. It lifted your spirits to hear them. They're so talented, they're so good, and then to hear their plight, that's just something you hadn't even thought about," said Pattie Harris, an election volunteer.

Thousands of musicians across the country are experiencing the same struggle. That’s why so many came together for Play for the Vote. Hundreds of artists volunteered across 48 states to play for voters, but also to start a movement lasting far beyond this year’s election.

"Music is the one universal language. There's just really a power of connection, that we can communicate, yet not know each other. I just hope that they walk away with a reminder that art and music is something that is a connector between all of us through all of our differences," said Raddock.

A connection needing just one smile, just one look for these musicians to know: their life’s work is worth the fight.

If you'd like to help support musicians struggling during the pandemic, you can help through Play for the Vote or through the Music Workers Alliance.