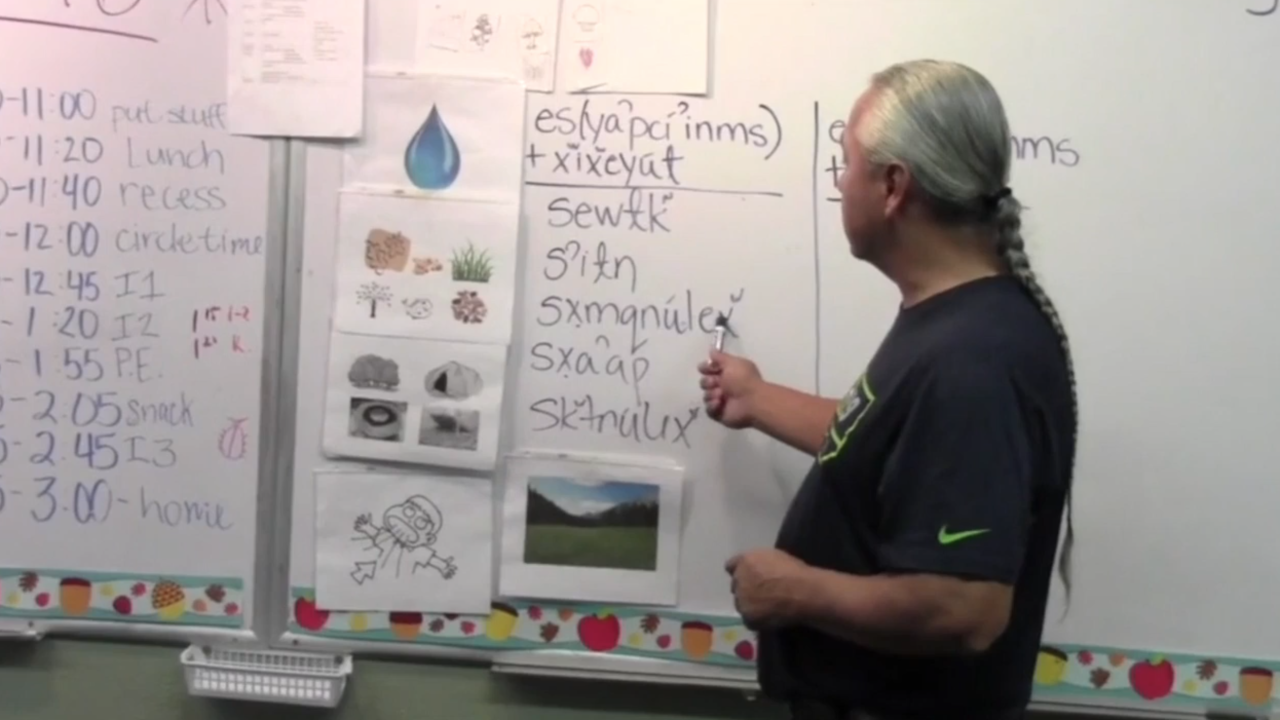 CUSICK, Wa. – The pandemic is making learning tough on students across the country, but for one Native American school that relies on in-person learning, COVID-19 is threatening the core of its program.

It’s a language born in the mountains of northeastern Washington. The language, a special dialect called Salish, is the native language of the Kalispel Indian tribe.

“We live in the land along the rivers, we hunt we fish, that’s our way,” said JR Bluff, the language director of the Kalispel Tribe.

A crucial piece of living the Kalispel way is speaking the Salish language.

It's an identity that was about to be lost forever.

“We have four elders that have the language, they’re it, and so we have to move,” said Bluff.

So, each day, JR Bluff works to keep his heritage alive.

“We believe we are backed into the corner. We believe we don’t have tomorrow, it has to happen today,” said Bluff.

Several years ago, Bluff started an immersion school to pass that language down to the next generation. All of the lessons are in Salish.

Students who opt into the daily program come to the Salish school after a few hours at the public school across the street.

The immersion school not only meets common core education standards, it gives both students and teachers a deep connection to their roots.

“The language is healing. It filled a void I didn’t know I had,” said Jessie Isadore, the Language Program Coordinator. “When the kids have a strong foundation and know who they are and where they come from, they’ll be more successful.”

Just when JR and his team saw their language growing strong through the students, the pandemic threatened to take it all away.

“Our strength is relationships,” said Bluff. “You need to be in the seat with me.”

To make sure that doesn’t happen, the school’s teachers are now creating Salish lessons online, something they’ve never done before.

“We have not done zoom with our students yet, so that’s going to be a new process this year,” said Isadore.

It’ll take the extra effort in a place where WiFi is not reliable and instruction is best done in person.

“Our language, it’s a sacred breath, you’re not just hearing a word, you are with me and you’re hearing my breath, that’s the strength of our language,” said Bluff.

“Our language has had so many bumps in its thousand-year history, this is just another bump. It’s real in that it affects our community, affects our students, affects our parents, but I know it will pass,” said Bluff.