Pandemic impacting migrant workers, small businesses in the towns where they live

Pandemic impacting migrant workers, small businesses in the towns where they live 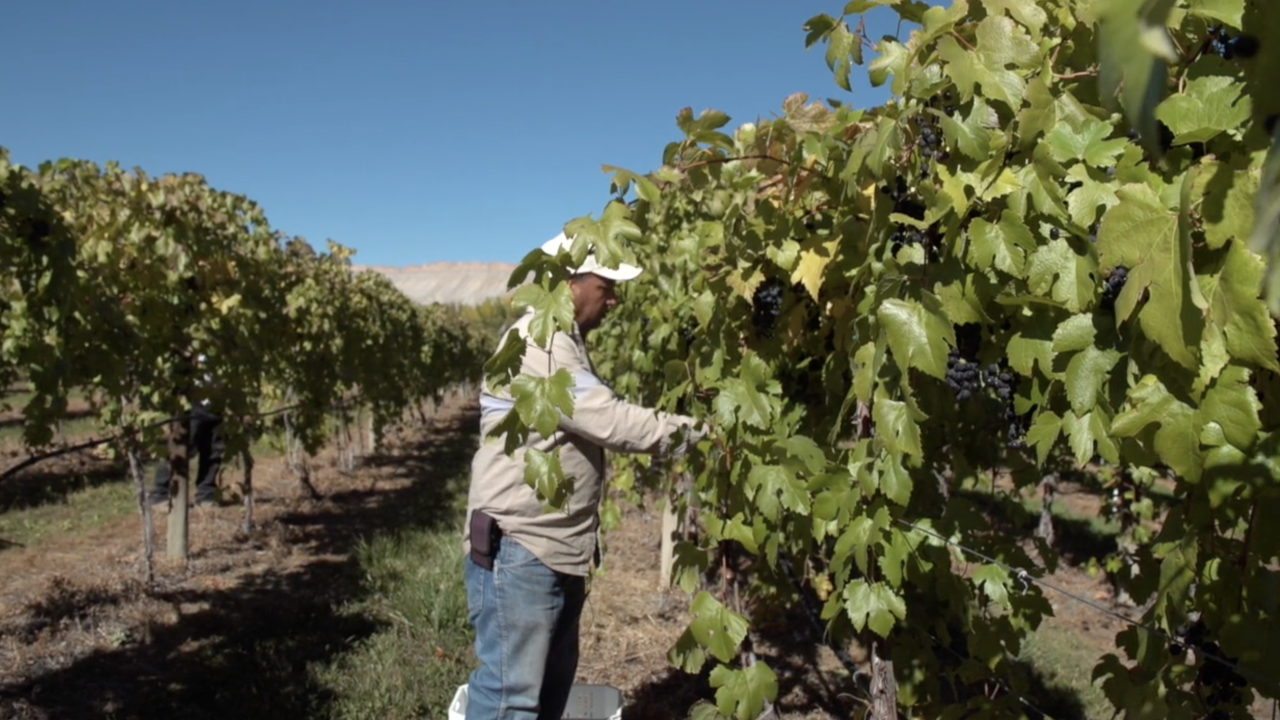 The small town of Palisade, Colorado is home to just over 2,700 people. It is a town filled with family-run farms and fruit orchards, and stores that adorn their fronts with as many signs in English as Spanish.

Every spring the town’s population increases by a few hundred people because of migrants who come to work on those farms and orchards on H-2A visas, which allow them legal residence in the United States without becoming a citizen.

“I love my workers. They know my farmland better than I do,” said Bruce Talbott, who owns a farm in town and has been using H-2A workers for decades.

Once the pandemic hit in March, however, things began to change. As farmers markets and restaurants that supply Talbott with most of his revenue began to close because of safety measures, the need for his 50 workers started to dwindle.

Then, in April, an early-season freeze killed off 85 percent of his peach crop, forcing him to cut his staff from 50 migrant workers to eight.

“Some guys ended up going back home against their will, others chose to go back home,” said Talbott. “[It was hard because] our guys really like working here.”

Talbott says he was able to shift his workers to a farm in South Carolina looking for help so they did not lose their jobs, but others across the country were not as lucky as migrant workers who rely on their income in the United States to support their families were left without a job.

“This year will be one the historians love and one we’ll be glad to end,” said Talbott.

Many farms in Palisade and other parts of the country ended their contracts with the Department of Labor because of the reduced need which cut down on the number of migrants who could come to the United States for work.

In other cases, migrant workers who had started work on farms had their hours reduced, forcing them to lean on local organizations for help.

Dunn’s office is small, but it is bustling with migrants in Palisade looking for meals and financial security. Since March, her organization has supplied migrant workers with free meals and hand sanitizer while also pitching in on rent, utilities, and food for groceries.

“A gentleman just called and told me it looks like his work is over for this season and he’d like to come over and get a meal,” she said.

The reduction in work does not only affect migrant workers but businesses in the towns, where they reside as they rely on their business to make a living as well.