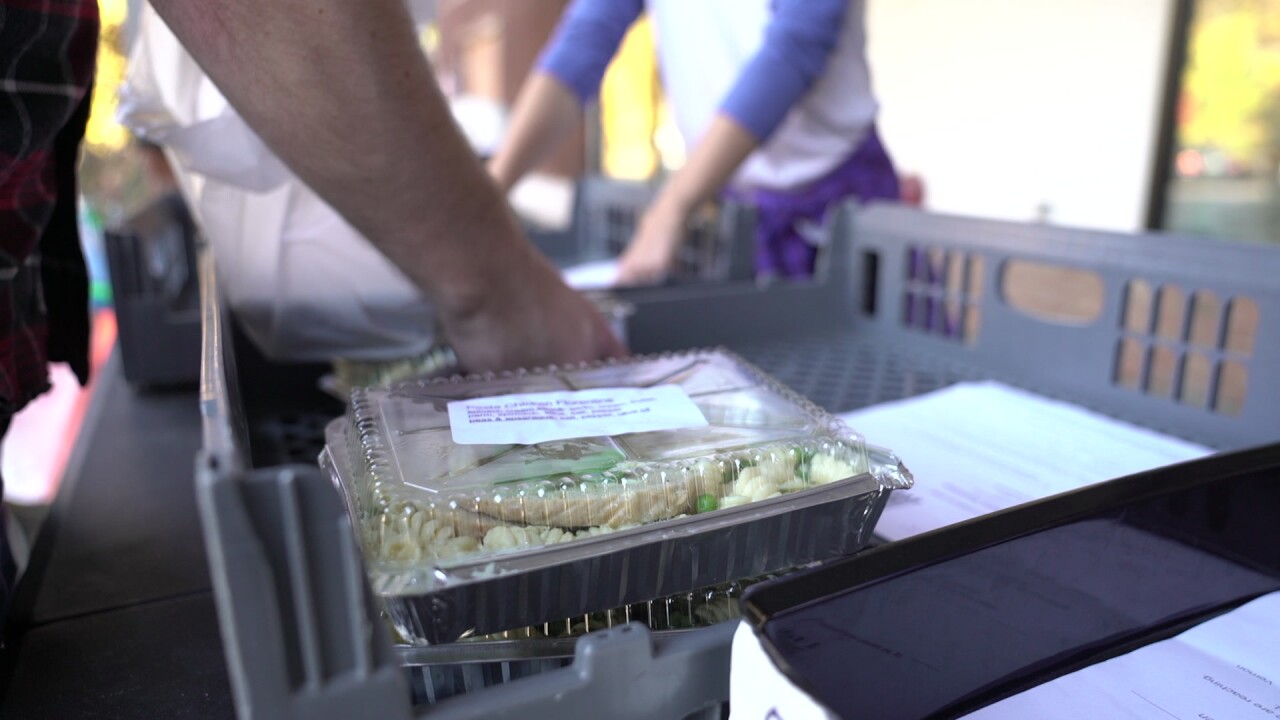 Shannon Chaney is as familiar with uncertainty as most Vermonters are to changing leaves each fall.

"We sort of white knuckle our way through life until bedtime," said Chaney.

She moved to Vermont from Louisiana after surviving Hurricane Katrina.

“COVID is different from a natural disaster, but you still kind of have to get out of bed in the morning and just get on with it," she said.

Her uncertainty now, like millions of Americans, is at the dinner table.

“We have two kids who go through a lot of groceries," said Chaney.

Chaney's husband works full-time, but her job has been on hold through much of the pandemic.

“My pride doesn’t feed my kids,” she said.

Multiple nights a week across Vermont, there’s proof that in uncertain times, communities stand strong to help people who are food insecure like Chaney.

“Food for me is such a source of comfort,” said Stephanie Bonin.

Bonin helped start “Everyone Eats” with some of Vermont’s federal coronavirus relief money. The program provides help for those in need of a meal and those who need to make them.

“For me, it was a dream to open up the restaurant," said Nash Patel.

Patel and his wife, Leda Scheintub, opened Dosa Kitchen in February. Weeks later, the pandemic forced them to close.

“You want to be realistic. None of us have lived through a pandemic before," Scheintub said.

They say there were times they worried if the restaurant would have to close forever, but they are open again.

Everyone Eats pays for 350 meals a week to be handed out.

Right now, it's most of Dosa Kitchen’s business.

To use federal money, the meals must have some local ingredients, helping farmers get their crops into kitchens.

Groups like Food Connects bring crops from nearby farms to restaurants that make hundreds of meals that are handed out each week.

Everyone Eats has created a balance, but one that’s at risk.

Bonin is working on a path forward for the program if Congress doesn’t pass another stimulus bill. There is enough money for it to run through the end of the year.

After that, Everyone Eats faces the same problem of uncertainty as so many of the people it helps.

“At the end of the day, you have two or three, however many you have, of mouths, looking at you, saying ‘I'm hungry,’" said Chaney.