Brothers stay positive about their bakery despite COVID-19 hardships 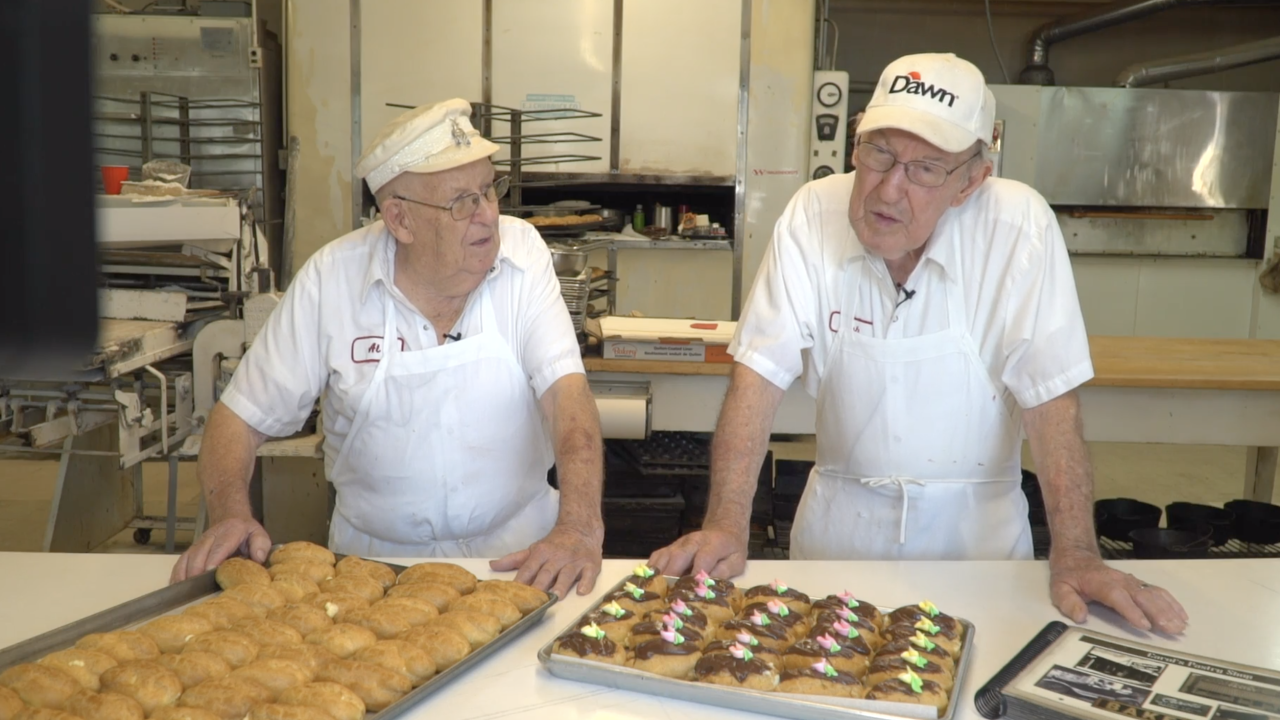 All across our country, small business owners are fighting day in and day out to stay afloat during these uncertain times.

Two small business owners in Utah have seen just about everything in their lifetimes, and their resolve to keep going is inspiring.

In the heart of Sugarhouse, Utah, there’s a place that uses perhaps more sugar than anywhere else.

“We bake a lot of eclairs,” said Bob Walkenhorst with a smile.

For almost six decades, Bob and Al Walkenhorst have been showing up to work at Carol’s Pastry Shop in a suburb of Salt Lake City.

“We have a lousy retirement plan,” added Al with a chuckle.

The co-owners mix together like peanut butter and jelly.

“We get along good together,” Bob said. “We’ve never had an argument.”

They say baking is in their blood.

“My dad came over to this country in 1924 and this was the bakery,“ Al said pointing to and old black-and-white photo.

The brothers were separated when Uncle Sam came calling.

“In 1950, I got drafted for the Korean War, just started, so I pulled Bob out of high school and he took over at the bakery,” Al said. “When I came home, he left for two years to serve.”

“There isn’t really any little bakeries opened up anymore,” Al said. “They’re dropping by the wayside.”

“It was just after that virus hit,” Bob said. “We stayed open and never closed, but it’s been slow. There is just nobody coming in.”

Owning a small business is tough, but COVID-19 is making it even harder.

“We depend on all that business just what comes in the door,” Al said. “We aren’t getting those big orders anymore.”

The brothers hope to keep making eclairs and fresh donuts for as many years as they can.

“Hard work is what keeps us going and gives us something to do,” Al said.

Now, the next generation is pitching in.

“I love getting to work with my grandpa and great uncle,” said Conner Johnson. “They are amazing.”

Bob and Al want to keep Carol’s Pastry Shop in the family.

For now, the brothers plan on showing up every day.

“COVID is not going to stop these guys,” Johnson said with a laugh.

Al listened in and smiled.

“You know, it’s like my father used to tell me; if you put in good work and good ingredients, then you always get a good product out of it,” Al said. “We’ve always used the best ingredients there is.”