A Missouri hospital is caring for 12 sets of twins, the most in the hospital's history 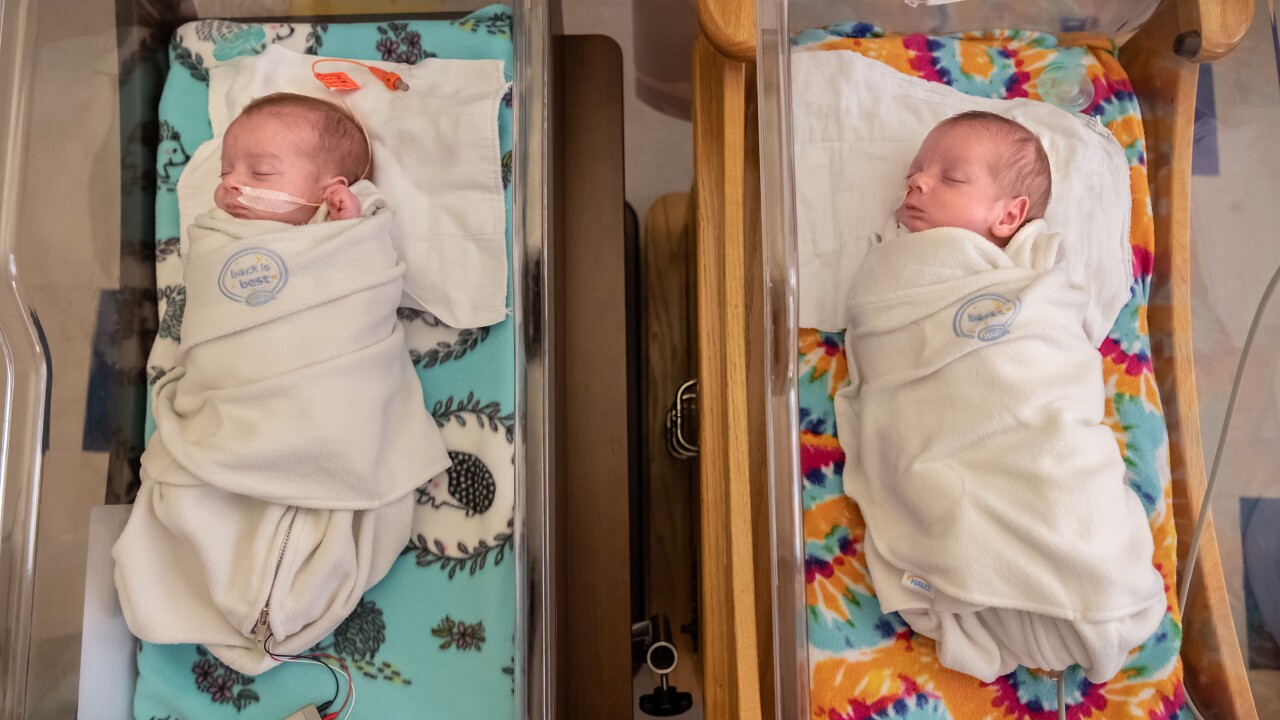 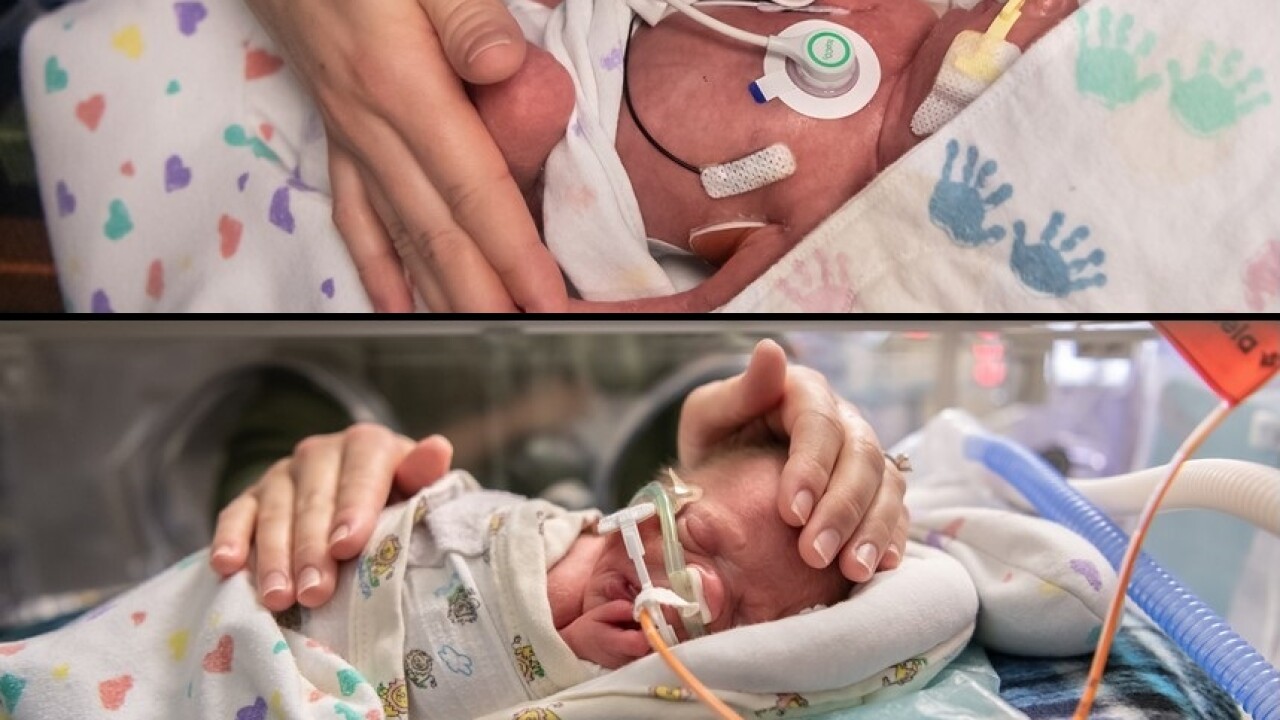 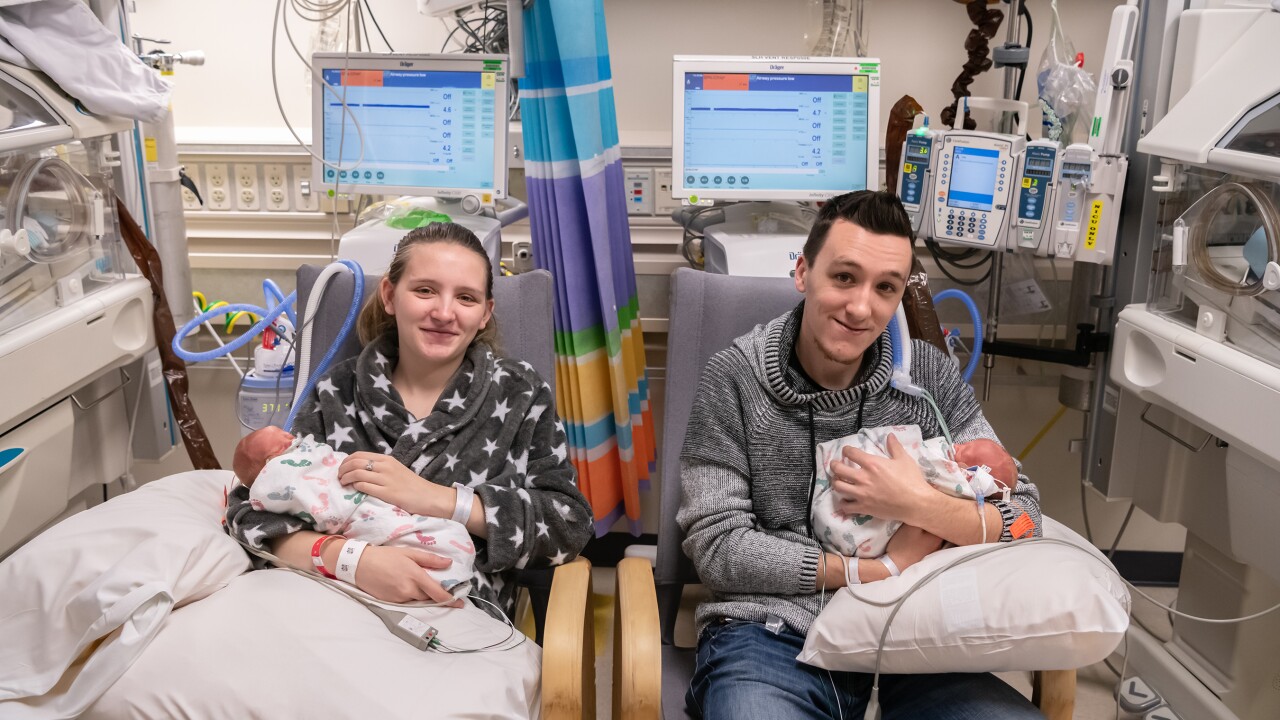 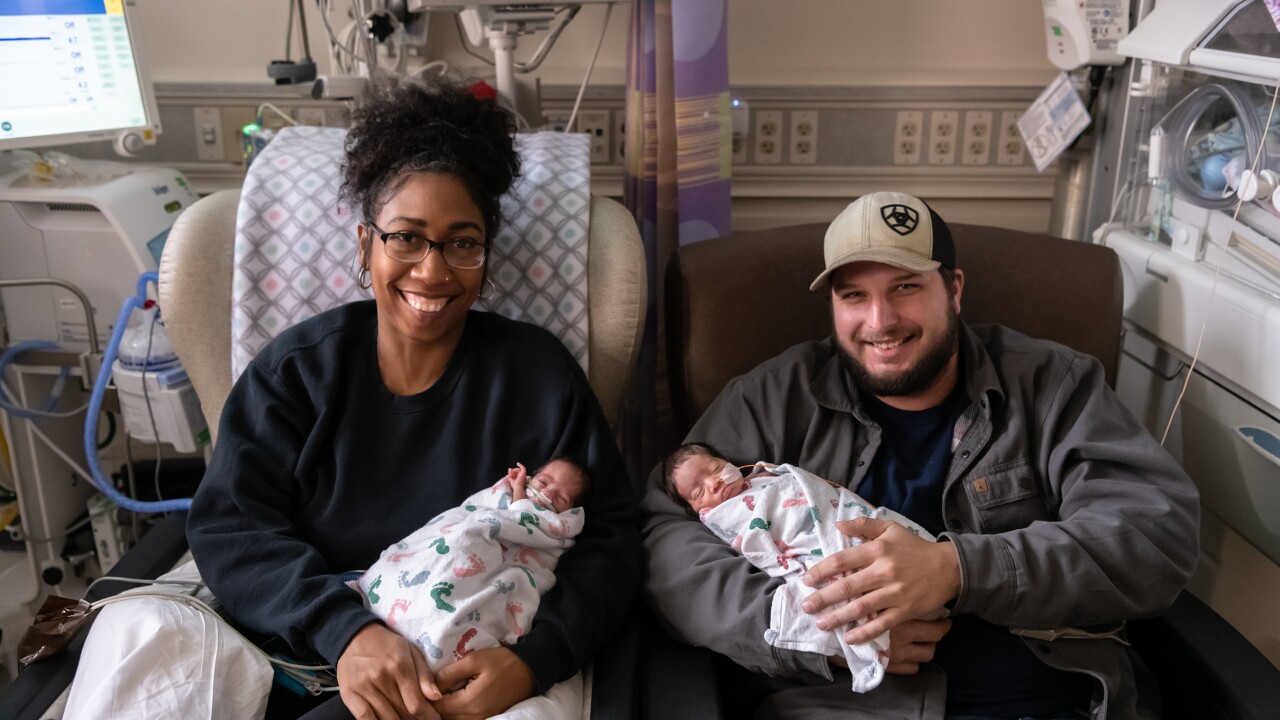 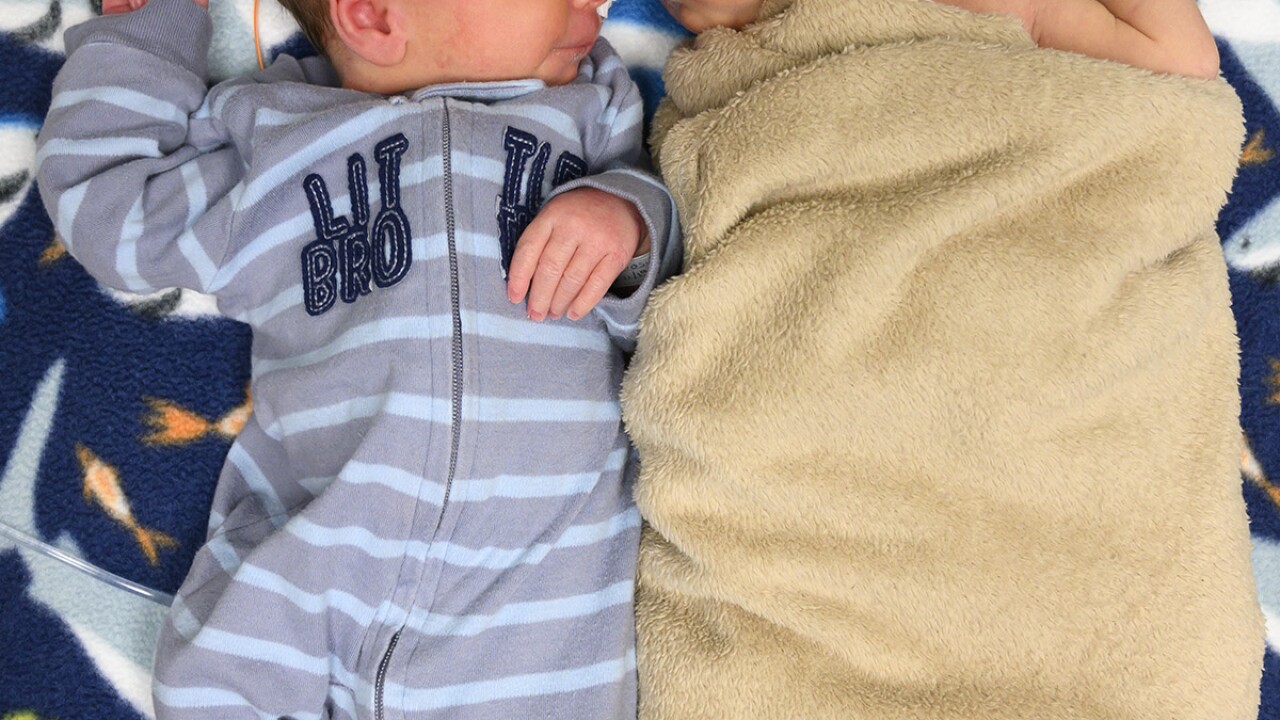 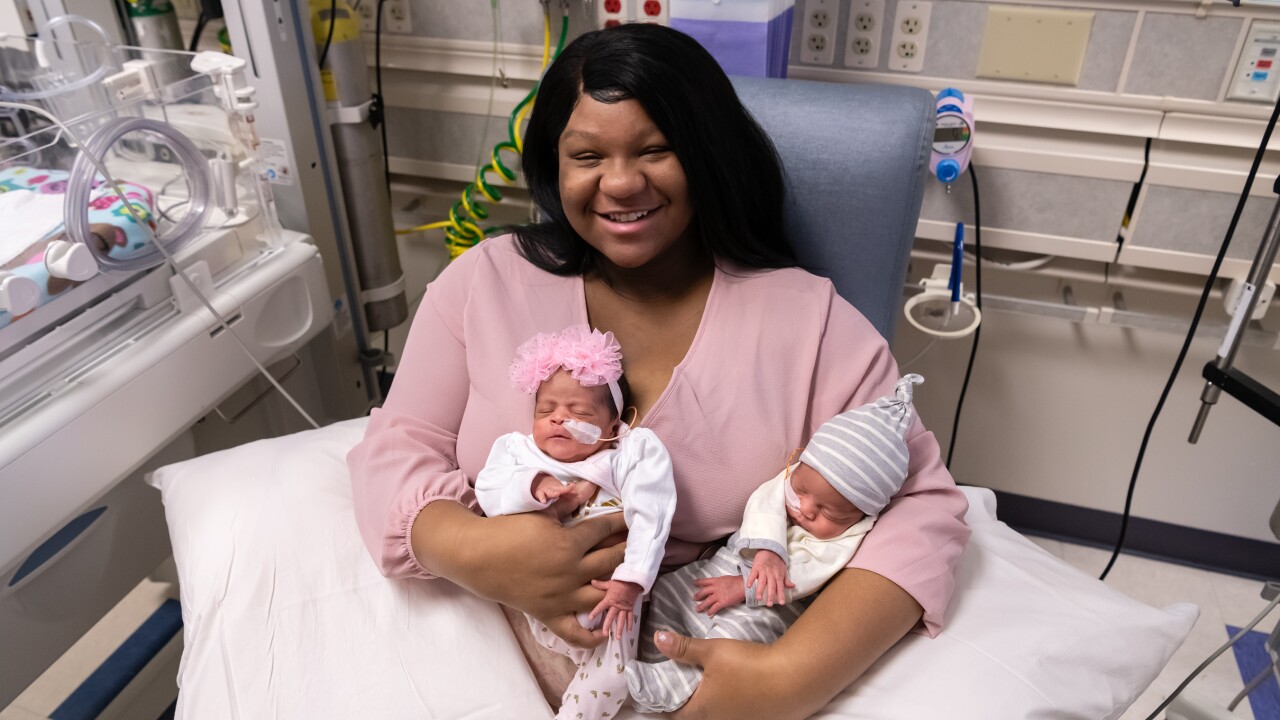 KANSAS CITY, Mo. — This holiday season, 12 families will be seeing double after they recently welcomed twins at Saint Luke’s Hospital of Kansas City.

According to a news release from the hospital, the 12 sets of twins are believed to be the most at one time in the hospital’s history. All of the babies, who were born between five and 14 weeks early, are being treated in the hospital’s neonatal intensive care unit.

“We are very busy,” NICU nurse Kyla Anderson said. “We have 12 sets total, and it has been very, very busy. Lots of babies.”

Two of those new babies belong to Tyler and Jena Williams, who live more than an hour from Kansas City but have been staying with family in the metro area. The couple expects to be at Saint Luke’s for another 11 weeks, until Jena’s original due date.

Any baby born under 36 weeks goes to the NICU at Saint Luke's because of a higher risk for illness and other issues, Anderson said.

New parents Tyler and Jena say the nurses and staff at the hospital have made a scary situation more manageable.

“Everyone here at Saint Luke’s has been fantastic,” Tyler said. “From the top down, I feel like we’ve had as good of an experience as we can expect dealing with our early birth.”

Anderson said that many of the families with twins find comfort with each other. Nonprofit March of Dimes also offers classes to new parents of multiples, which gives them a chance to learn and bond together.

“It’s really neat because these moms and dads have come in and they’re meeting other families with the same unique challenges that they have,” Anderson said. “It’s a really special opportunity that the nurses, the families, everyone around here at Saint Luke’s has really embraced and gotten to take on the challenge of having 12 sets of twins right now.”

This story was originally published by Ashley White on KSHB.