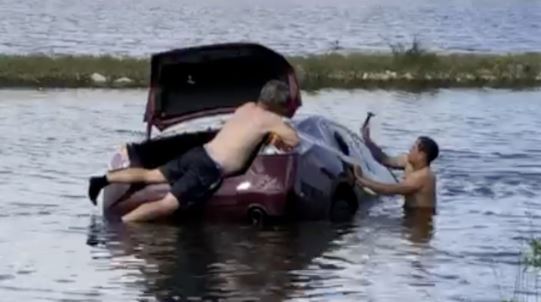 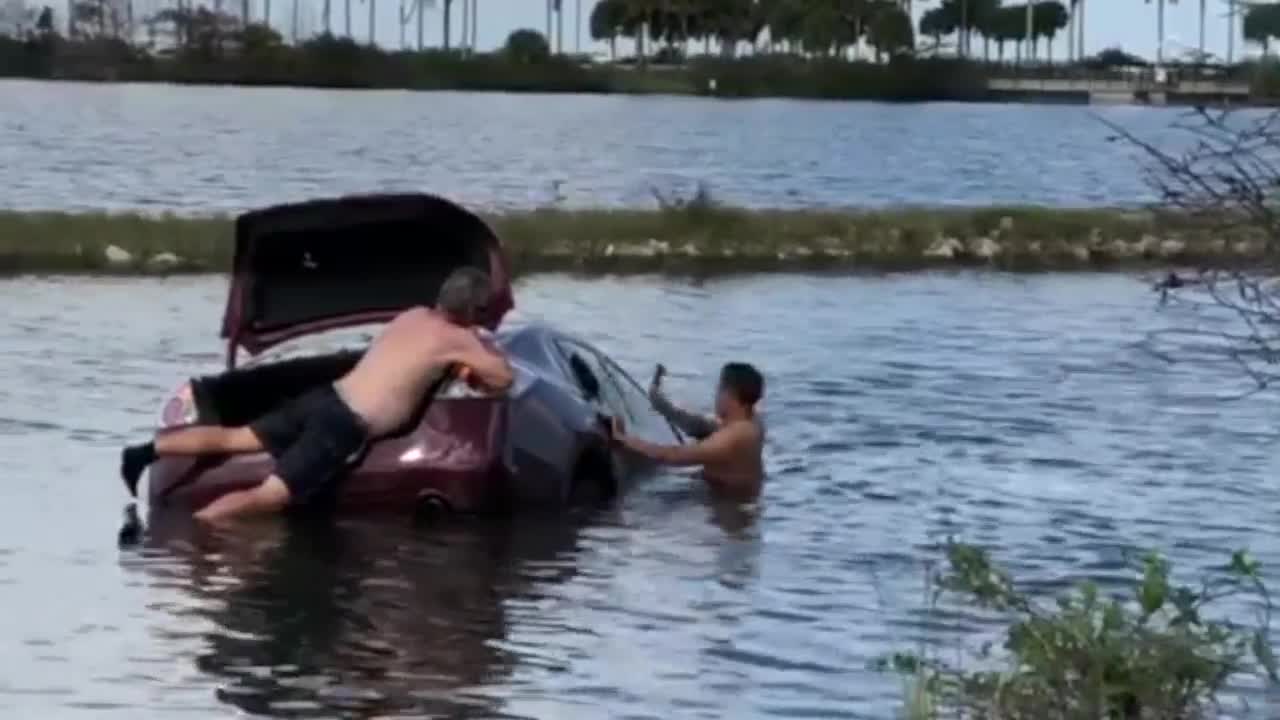 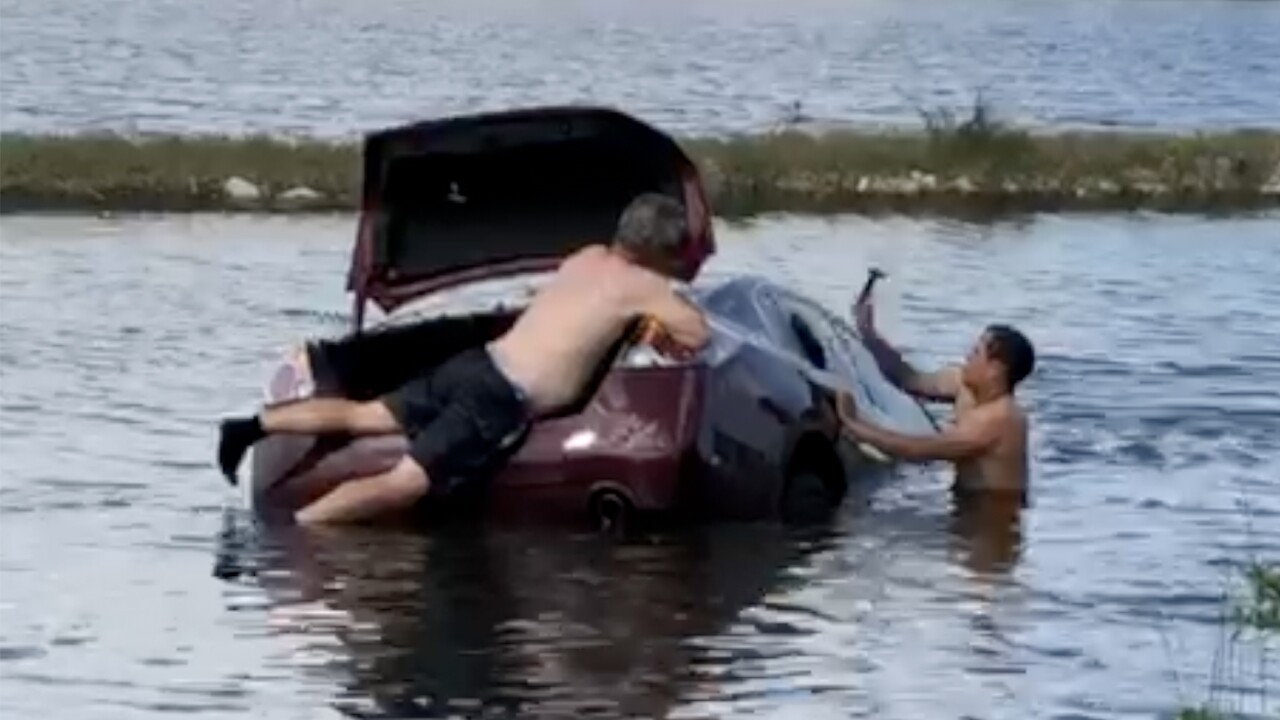 According to police, a woman was driving northbound on S. Australian Avenue around 1:30 p.m. local time when she suddenly crossed over a median and crashed into the water.

It's unclear why she lost control of the car, but a witness who helped save the woman said she was slumped over behind the wheel.

Larry said he jumped into the water, hopped onto the trunk of the vehicle, and tried to bust out the back window with a knife. However, he was unsuccessful.

That's when a second man rushed into the water and broke a passenger side window, allowing the men to reach the driver and pull her out.

"I gotta do something," Larry said. "It doesn't matter, in life, you never know — look at the things that happen."

A third man, Tom Fitzgerald, saw a bunch of cars pulled over on the side of Australian Avenue, then ran over to help bring the woman to shore.

"Anybody would do it. It's the right thing to do," Fitzgerald said.

Paramedics took the woman to a local hospital, where her condition is unknown.

This story was originally published by Dave Bohman on WPTV in Palm Beach, Florida.