List of what changes in Phase Two for Virginia
NewsCoronavirus

Many would need to use contact tracing app for it to be effective, but few say they would 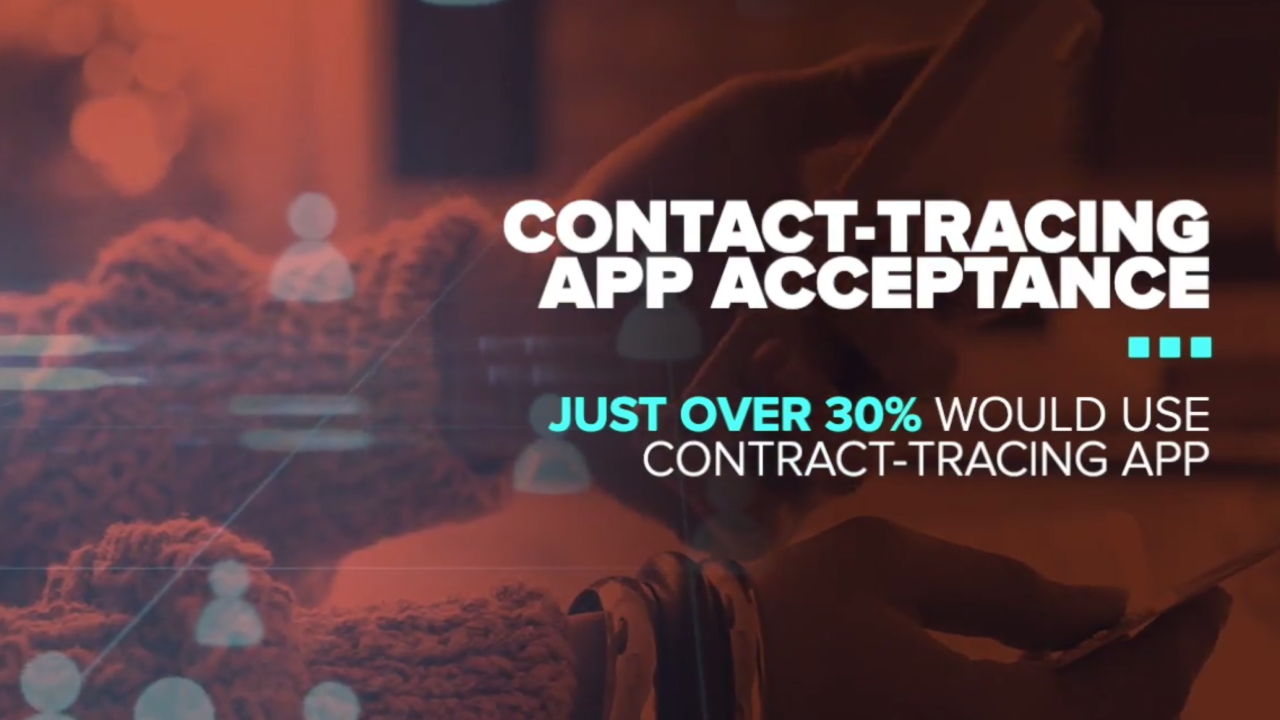 More states are working on contact tracing apps that would alert you when you've come into contact with someone with the novel coronavirus, but the big question is how to get people to use them.

Just over 30% of people say they would use a contact tracing app on their smartphone, according to a new study from researchers at Cornell University and MIT. That's lower than support for traditional contact tracing or temperature checks.

Experts suggest at least 60% of the public would need to use these apps for them to be effective.

“I think there's a really clear underlying sense that either big government or big tech, depending on which side of the political aisle you're on, is nefarious and out to collect data and engage in some kind of mission to creep or surveillance,” said Sarah Kreps, a professor of government at Cornell.

Kreps, who took part in leading the study, says she thinks the decentralized data storage approach that Google and apple have developed alleviates those concerns. Their technology keeps your data on your phone because they're not using GPS to track your location.

Instead, it relies on Bluetooth technology to detect when someone who downloaded the app has been near another app user who later tested positive for the virus.

States will build apps using the software from Apple and Google. This will be something you have to download and opt into. It won't be automatically on your phone when you do a software upgrade.

So far Alabama, North Dakota and South Carolina have said they plan to use this technology in their contact-tracing app.

Kreps says for these apps to get acceptance, we really need two things.

“Whether there is a convincing and compelling public health education component to this, that clarifies that this is decentralized data storage, that it's anonymous, that it's not GPS location tracking because, I think it's clear that the public feels like those are features of this technology,” said Kreps.

Kreps says states will also need convincing evidence the apps will be effective. She adds that states or even Congress need to oversee the technology to make sure data isn't being used in unintended ways.