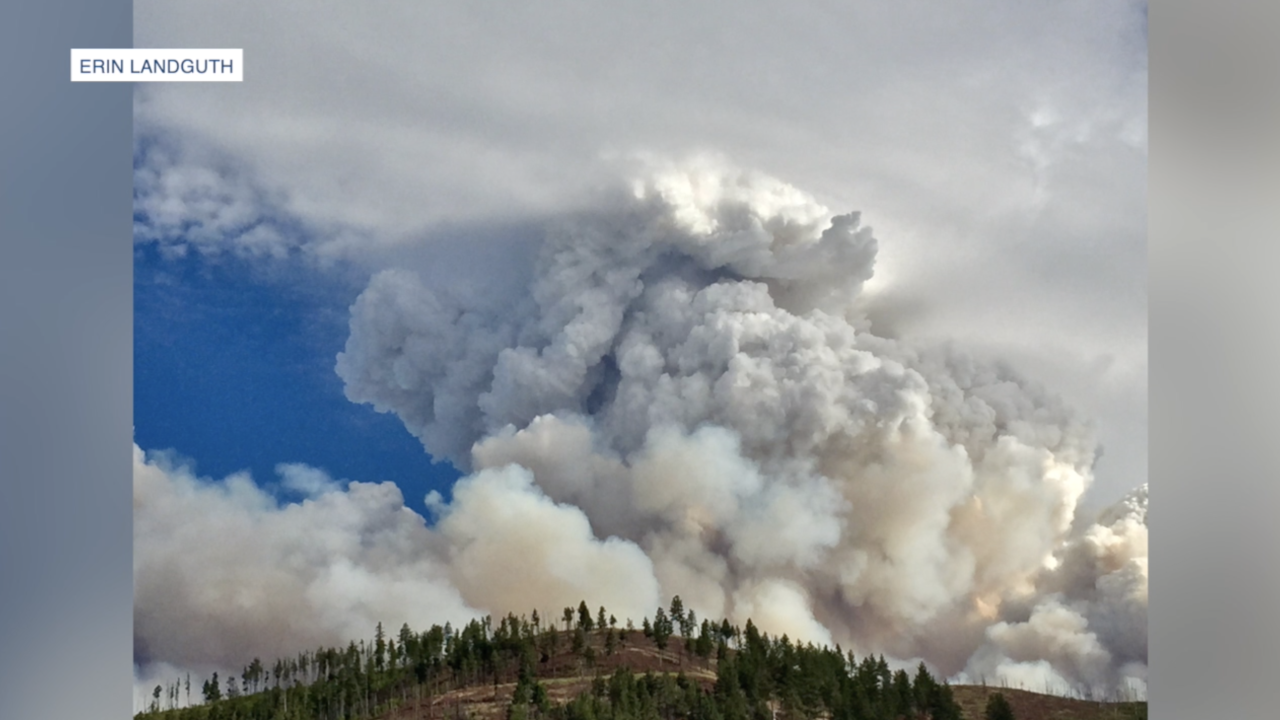 “It was like my first love. Ya know, when you pick it up and an angel chorus sings in the background,” Yaeger said.

However, it wasn’t a purchase she had been planning for. She had been saving money to go to Disneyland and was forced to cancel due to all of the smoke from fires back in 2017. Yaeger says her lungs can’t handle smoke.

“Remember kind of like back in school when they’d force you to run and you’d be really really out of shape? And you’d just be sitting there, kind of feeling like you’re dying? That’s what it feels like but you’re sitting there with the smoke and you can almost feel the particles going into your lungs and you just can’t get full expansion of your lungs and it’s the worst feeling," Yaeger said.

She says her lungs are very weak because she lives with a connective tissue disease.

“So like your whole body is made of connective tissue – your vascular system, your heart, your lungs, your joints, your eyes – and my body kind of chooses to attack all of it,” Yaeger said.

Yaeger lives in a rural town in Utah. But with all the wildfires burning in the western U.S., she’s concerned about the smoke in the air.

“Even like campfire smoke I can’t be around, so I can’t imagine people with my condition who are living like right next to the fires,” Yaeger said.

It’s not just people with chronic conditions who can be impacted by prolonged exposure to wildfire smoke, especially during the COVID-19 pandemic. According to the CDC, people who currently have or who are recovering from COVID-19 may be at an increased risk of health effects from exposure to wildfire smoke due to compromised heart and-or lung function related to the disease.

“We know air pollution exposure causes inflammation and cellular damage in our lungs, we know that air pollution just wreaks havoc on our lungs, and so all of this hints at wildfire smoke also doing the same,” said Erin Landguth, an associate professor with the Center for Population and Health Research at the University of Montana.

She was the lead author in a study that looked at the delayed effect of small particles from wildfire smoke that gets into your lungs and irritates it. Her team wanted to understand how it may impact the following flu season in Montana.

“We basically show that across these 10 years of data, after a bad fire season, one would expect to see three to five times worse flu seasons,” Landguth said.

Landguth says this leads researchers to believe wildfire smoke could make people more susceptible to contracting the flu, but she says more in-depth studies need to be done to confirm that. COVID-19 is different from influenza, but considering COVID impacts the lungs, Landguth says there’s cause for concern as wildfires rage in several states.

“The hypothesis that air pollution can act both as a carrier of the infection of COVID-19 and as a factor that can worsen the health impact of the COVID-19 disease has been a hot research topic,” Landguth said.

Landguth emphasizes correlation doesn’t necessarily mean causation -- meaning higher flu numbers the same years as large wildfires doesn’t mean the wildfires cause worse flu seasons. However, she says they’re actively trying to learn more by expanding the study to other states. In the meantime, Landguth says vulnerable and sensitive groups should keep an eye on air quality alerts and stay inside with a proper air filter. Yaeger is doing exactly that.

“Staying inside, and if I’m feeling really wheezy, doing a lot of breathing treatments and just listening to my body,” Yaeger said.

No matter what comes her way, Yaeger says she chooses to remain optimistic.

“When you’re faced with death so many times, you either have the choice to just be miserable, or find joy even in the smallest moments. It’s kind of almost a survival mechanism I think, optimism," she said.