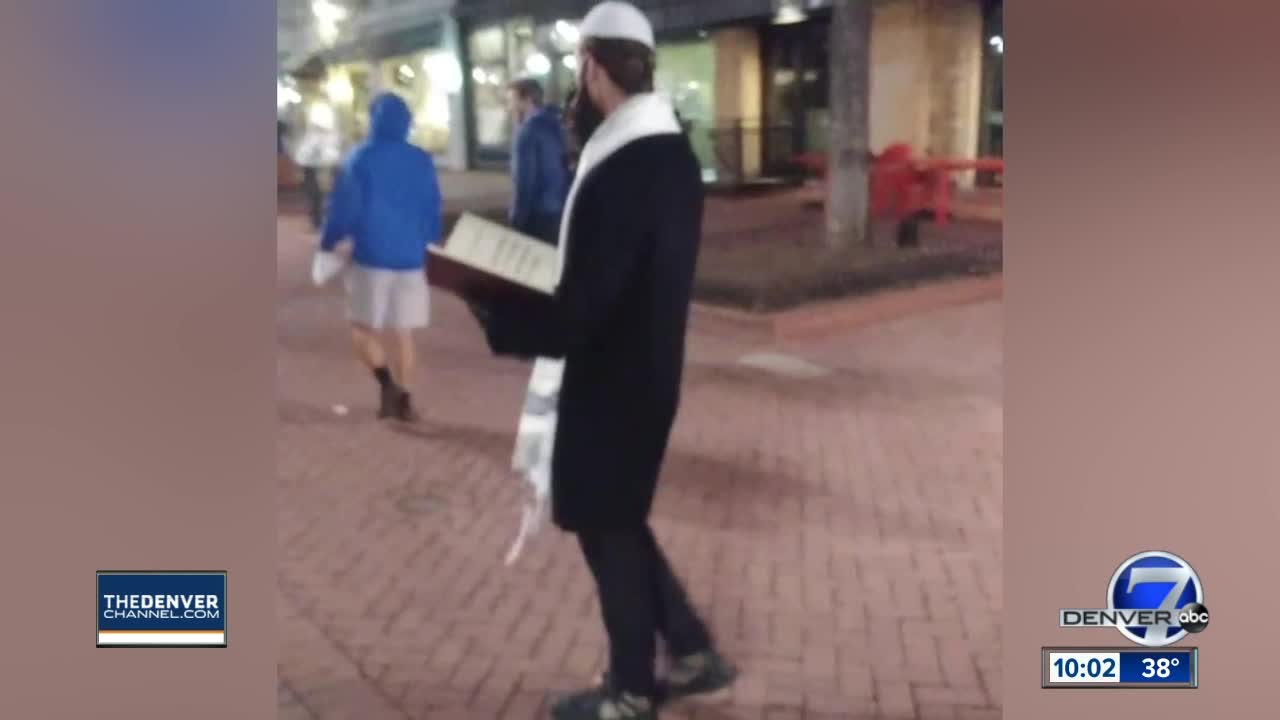 A demonstration over the weekend is not sitting well with many in and out of the Jewish community in Boulder. 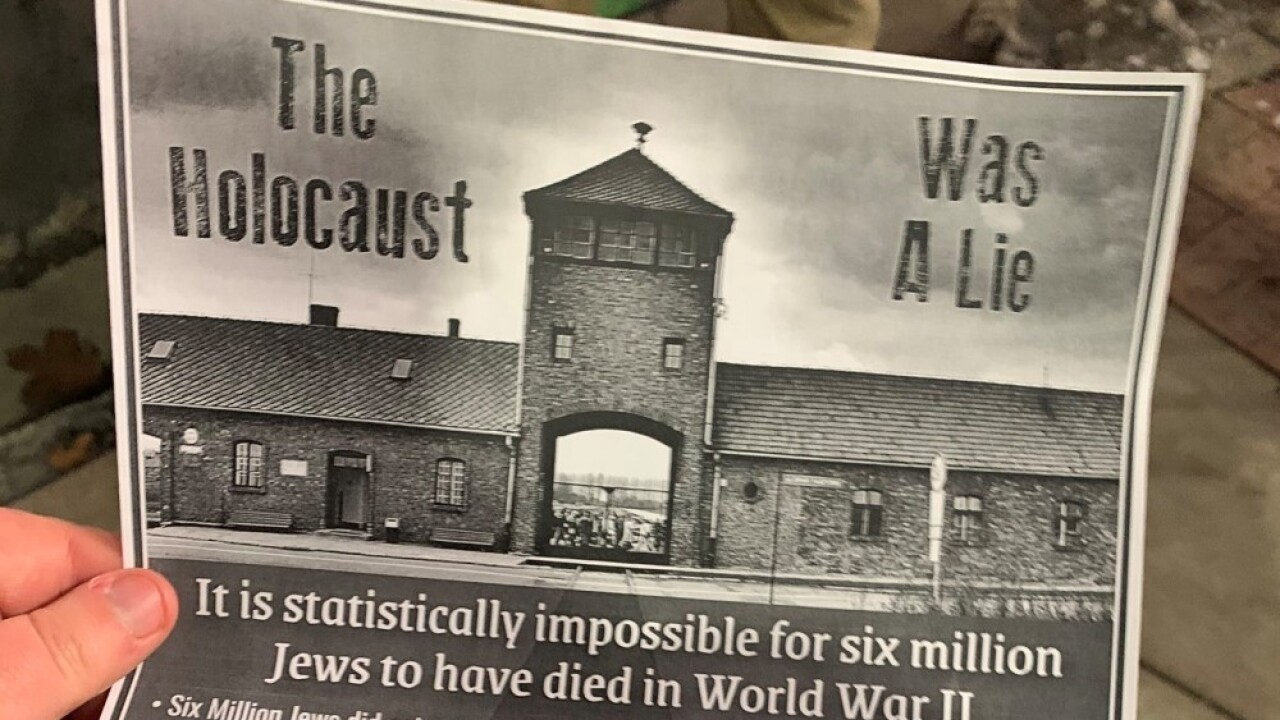 BOULDER, Colo. -- A demonstration over the weekend is not sitting well with many in and out of the Jewish community in Boulder, Colorado.

On Saturday, a group of men dressed in traditional Jewish garb passed out fliers, denying the Holocaust and blaming Jews for the slave trade and pornography.

"We want to wake up all races to the Jews. Holo-hoax," says an unnamed man in a video obtained by KMGH of the demonstration.

The group is then seen showing off their van, covered in anti-Semitic slogans.

Minutes later the men, dressed as Hasidic Jews, passed out fliers and index cards on the Pearl Street mall in Boulder — part of what they called their "Name the Jew tour" of Colorado.

Their main message? The Holocaust was a lie.

"It's just a vile, terrible thing " said Scot Levin with the Anti-Defamation League.

Levin says the group is well-known for all the wrong reasons.

"We think several of these people are white supremacists that have been around town and have been doing provocative actions, many different ways. This is just the last one," he said.

Levin says the Boulder incident, and others, have sent shock waves through the Jewish community.

"To think somebody would spend that much energy and that much effort to display their hate of Jewish people is just sickening," Levin said.

"It's not shocking anymore that things like this happen. It doesn't mean that it's okay," said CU student Jamaika Elliott, who added the group has gone too far. "There is freedom of speech here in America. We have that right. There is definitely a line that people should not cross."

Her friend, Tyler Bernstein, who is Jewish, agrees.

"Putting other people down isn't a way that we can progress and move forward throughout society and throughout the world," said Bernstein.

Sources tell KMGH the group live streamed their appearance on the mall, then left without incident.

Levin says even though this demonstration was peaceful, it's time for all races to come together, and finally say, "enough is enough."

"For other people who aren't Jewish, this is a time when they can stand up and be allies. Let them say hate is wrong in Colorado," he said.

This story was originally published by Tom Mustin at KMGH.