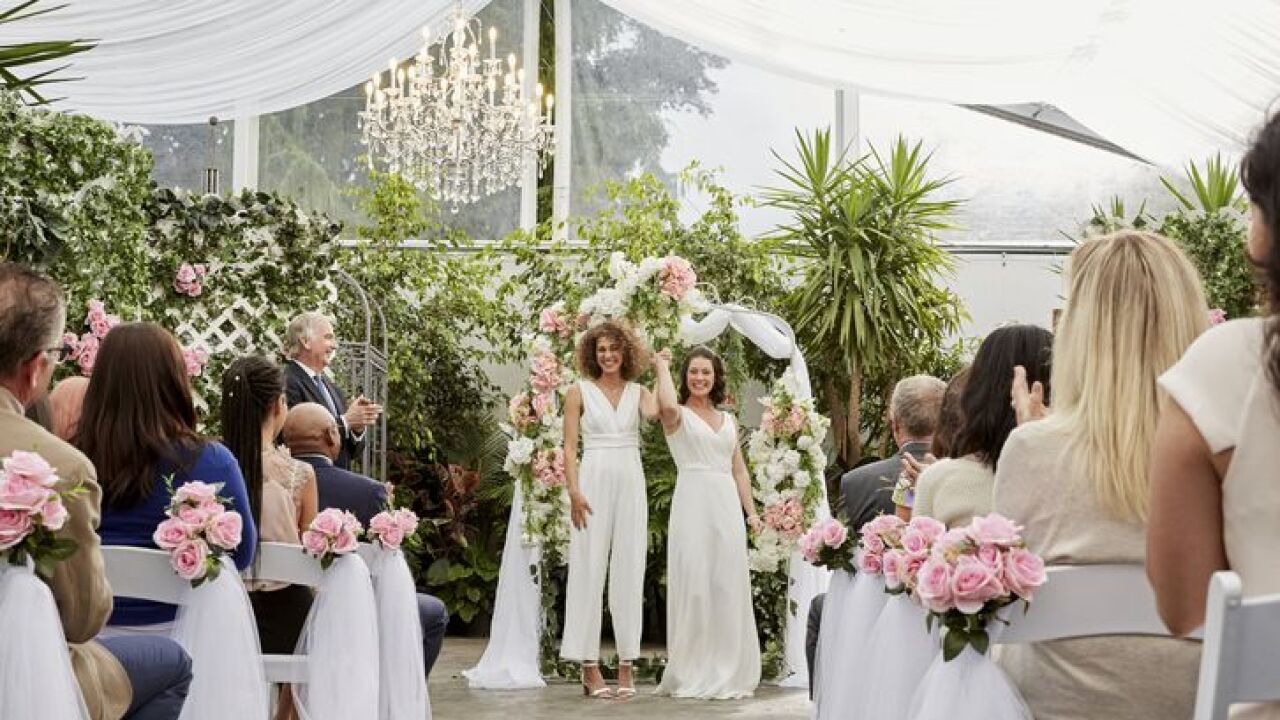 Hallmark Channel
Photo of a same-sex couple getting married in the Hallmark movie "Wedding Every Weekend."

For the first time, ever, Hallmark will feature a same-sex couple tying the knot.

"Wedding Every Weekend" is about two friends who go to four weddings, four weekends in a row. One of the weddings they attend is of a lesbian couple tying the knot.

But not everyone is looking forward to the upcoming scripted nuptials.

Conservative group One Million Moms created a petition asking for its supporters to boycott the channel.

"The once conservative network has recently caved to LGBTQ pressure and has done a one-eighty from the wholesome content the channel once aired, and the network is now catering to the Left," the petition reads. "So many people feel betrayed by Hallmark over these past seven months. Hallmark Channel was one of the remaining channels that families could watch without being bombarded by politically correct commercials and the LGBTQ agenda."

Over 60,000 people have signed the petition.

"Wedding Every Weekend" premieres Saturday at 8 p.m. CT on the Hallmark Channel.