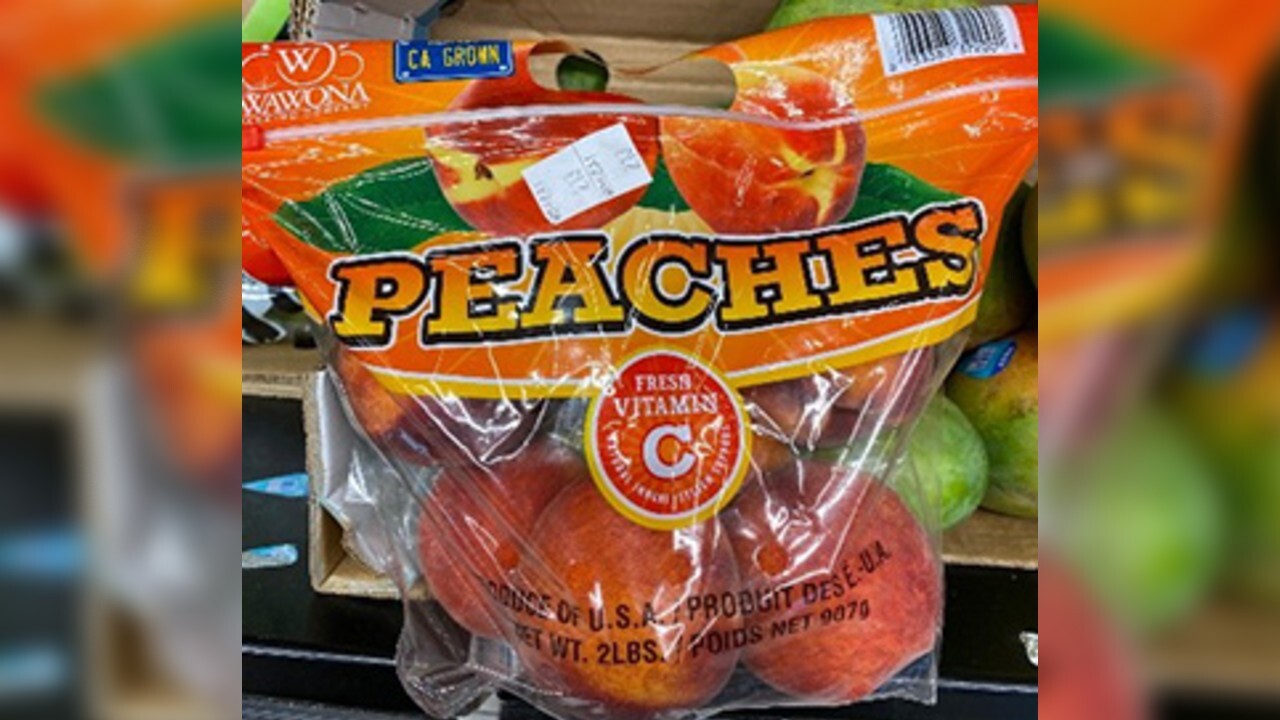 CDC via ALDI
Peaches recalled because of Salmonella

Three of America's largest grocery chains, Kroger, Walmart and Wegmans, have joined ALDI and Target in issuing a recall for peaches in connection with a nationwide Salmonella outbreak.

On Saturday, Prima Wawona expanded a recall of peaches shipped by the company to include those bagged and loose peaches that had been sold across the country.

The possibly contaminated fruit was sold between June 1 and Aug. 3

Consumers should not eat the peaches. Instead, the CDC says to throw them away, even if some of them were eaten and no one has gotten sick.

Once the peaches have been discarded, health officials suggest washing and sanitizing the places where the produce was stored, like countertops, refrigerator drawers and shelves. The CDC also urged restaurants, retailers, suppliers and distributors not to sell or ship the recalled peaches.

The FDA also advises that anyone who doesn't remember when they purchased Prima Wawona peaches or those that aren't sure who supplied their peaches should throw away peaches in their fridge out of an abundance of caution.

As of August 19, 2020, CDC is reporting a total of 68 Salmonella cases across nine states.

The CDC is investigating to find the source of contamination and to identify other retailers that may have sold tainted peaches.

Symptoms of Salmonella infection include:

If you have Salmonella symptoms, talk to your health care provider, write down what you ate in the week before you got sick, and report the illness to your local health department.

Click here to learn more about the recalled products.