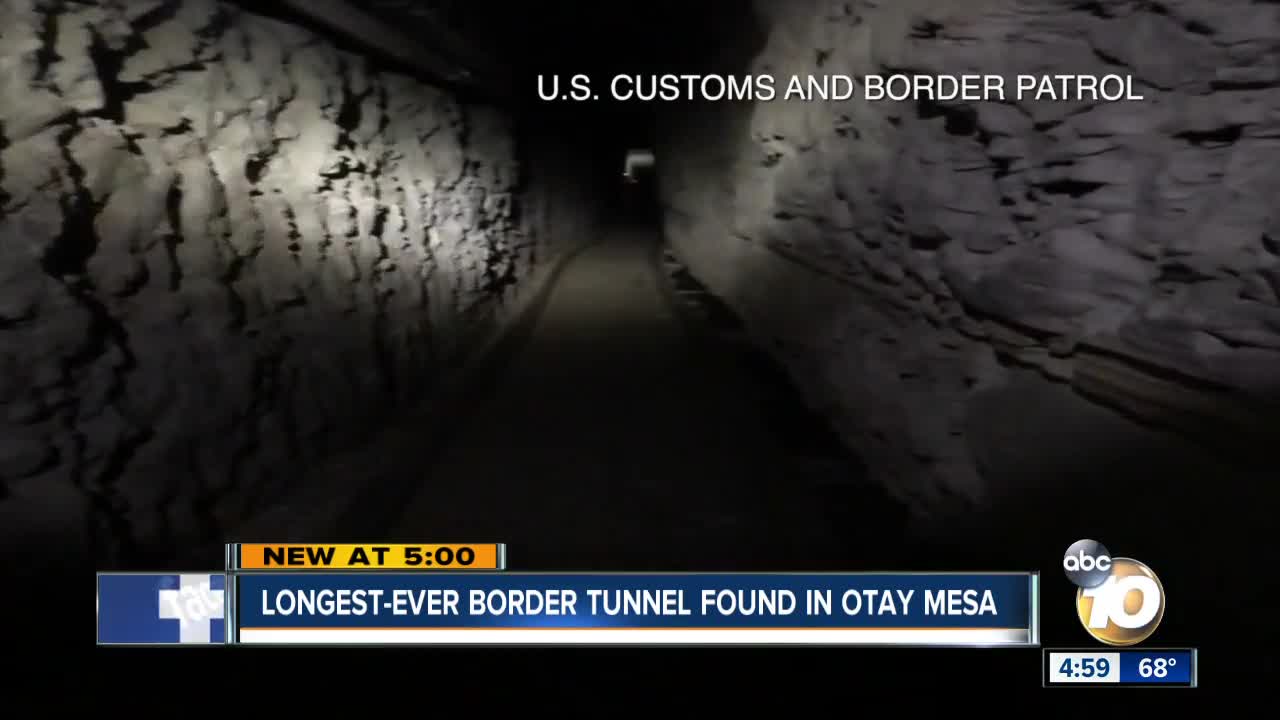 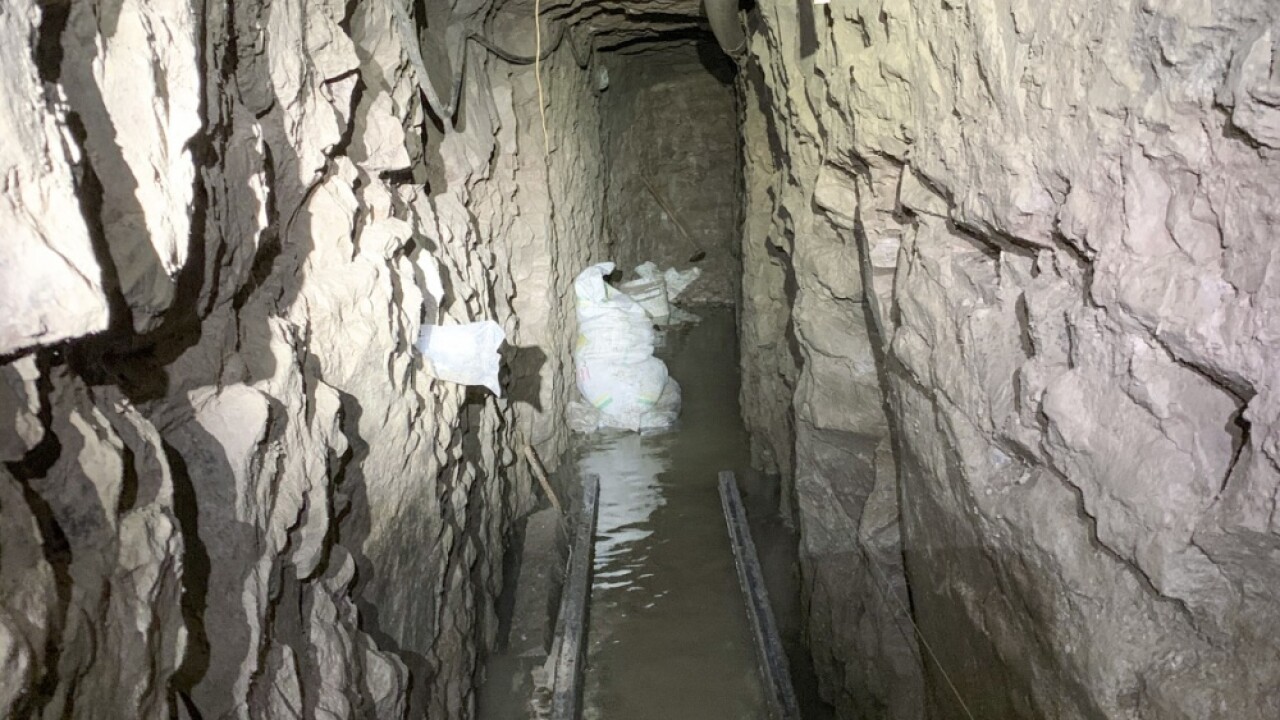 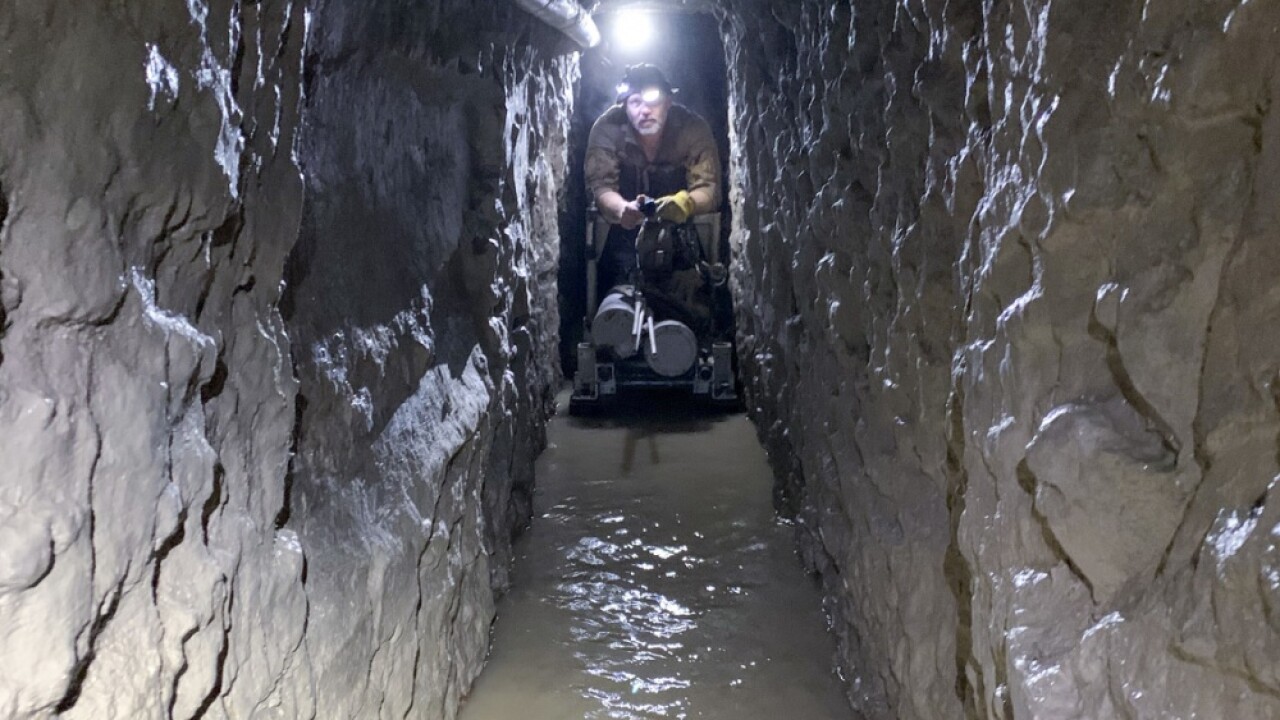 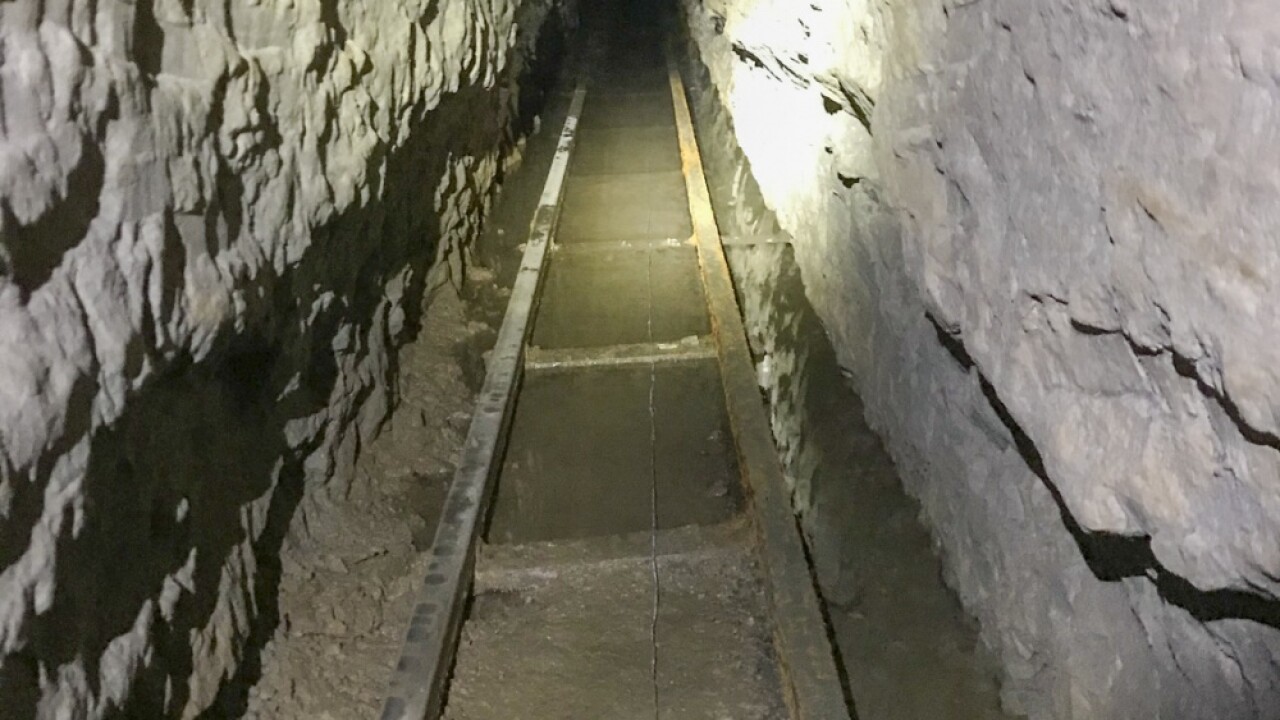 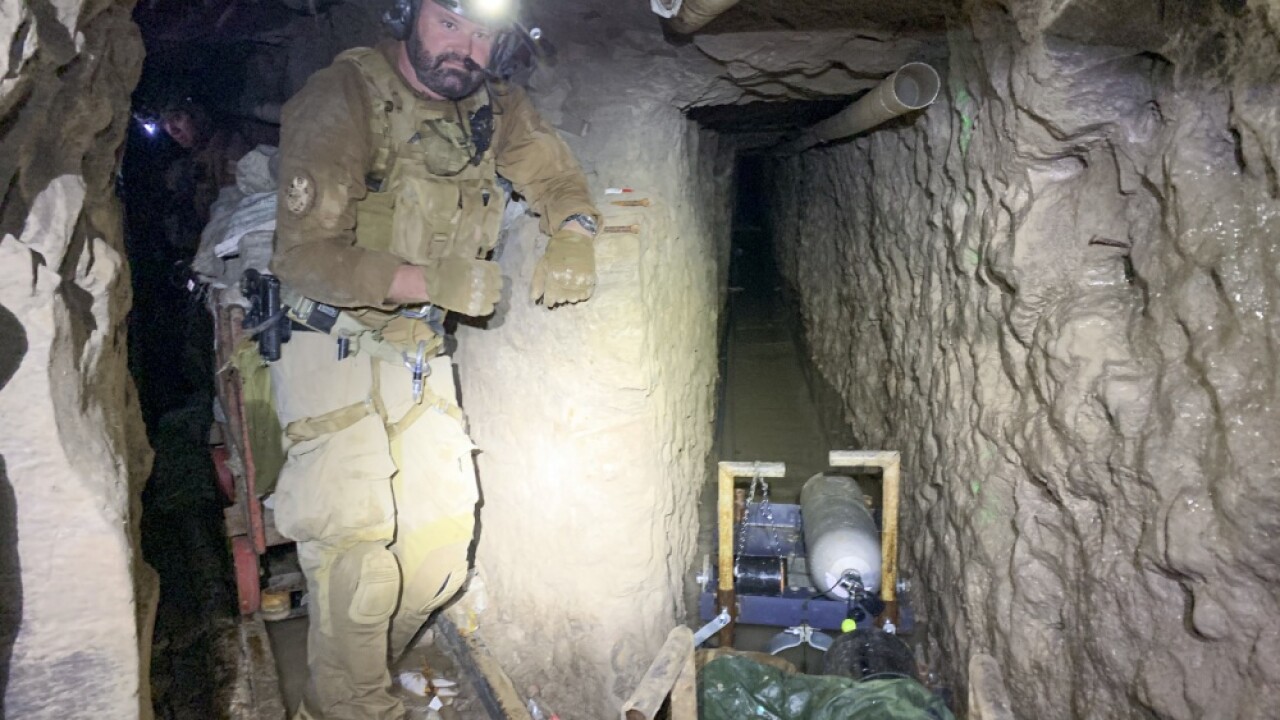 SAN DIEGO, Calif. -- The discovery of the longest illegal cross-border tunnel ever found along the southwestern U.S.-Mexico border was announced Wednesday by U.S. Border Patrol San Diego Sector and partners.

The tunnel, which starts in Tijuana and ends in an industrial area half a mile west of the Otay Mesa Port of Entry, extends an “astonishing” 4,068 feet from the border; in total, over three-quarters of a mile, according to U.S. officials.

Mexican law enforcement discovered the entrance to the tunnel inside a small industrial building in August 2019. The structure is five and a half feet tall and two feet wide, running about 70 feet from the surface. Officials said the tunnel is equipped with a rail and cart system, forced air ventilation, high voltage electrical cables and panels, a drainage system, and an elevator at the tunnel entrance.

CBP said the main tunnel has an offshoot into the U.S. which does not breach the surface. Agents discovered the tunnel’s end point in the Otay Mesa warehouse district, covered in several hundred sand bags.

“While subterranean tunnels are not a new occurrence along the California-Mexico border, the sophistication and length of this particular tunnel demonstrates the time-consuming efforts transnational criminal organizations will undertake to facilitate cross-border smuggling,” said Cardell T. Morant, Acting Special Agent in Charge of Homeland Security Investigations (HSI) San Diego.

No arrests or drug seizures have been made in connection with the tunnel.

Deputy Chief Heitke added, “The investigation continues, and I am confident that our hard work and dedication to uphold the law will lead to future arrests and seizures.”

See CBP video of the tunnel: