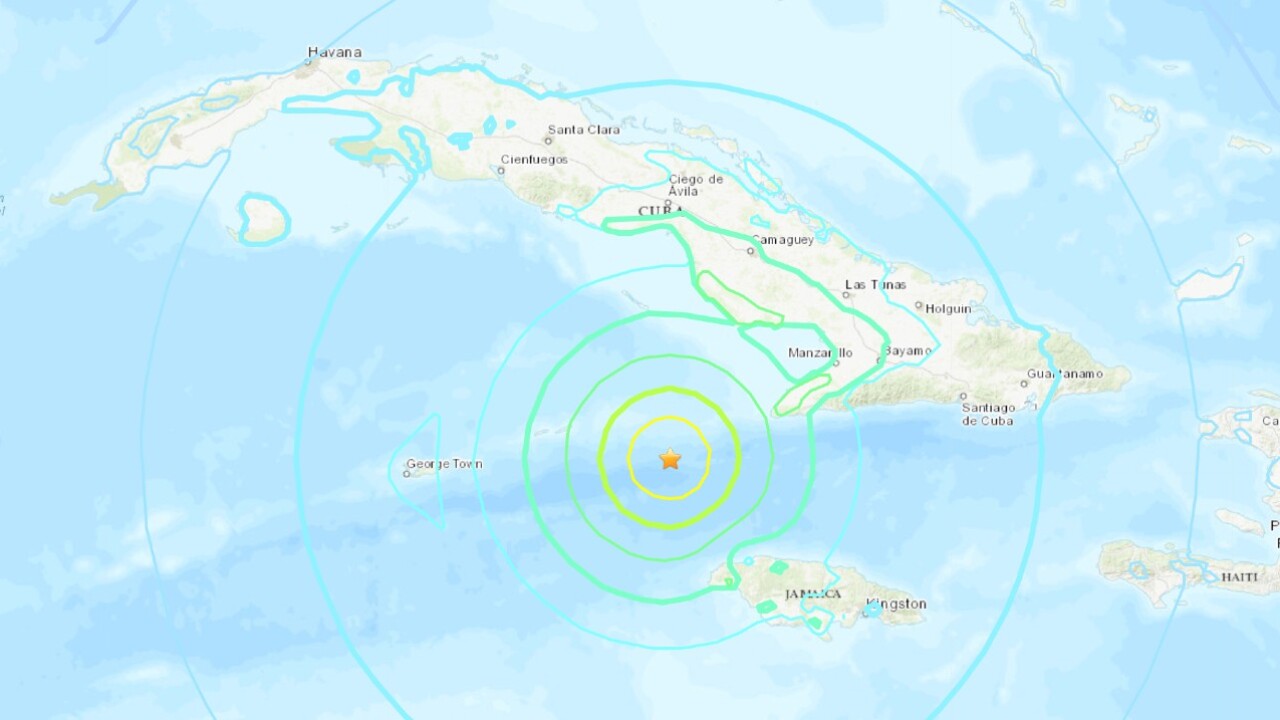 MONTEGO BAY, Jamaica – A powerful magnitude 7.7 earthquake hit south of Cuba and northwest of Jamaica on Tuesday, according to the U.S. Geological Survey (USGS).

The USGS says the quake hit at 2:10 p.m. ET and it was centered 86 miles northwest of Montego Bay, Jamaica, and 87 miles west-southwest of Niquero, Cuba.

A small tsunami was reported in the Cayman Islands, but was relatively minor.

The earthquake could be felt strongly in Santiago, the largest far-eastern Cuban city, and people in Miami, Florida, reported buildings shaking as a result of the quake, WTVJ and WPLG report. The Associated Press reports that several South Florida buildings were evacuated as a precaution.

As of 3:19 p.m. ET, 411 people had reported that they felt the earthquake, according to the USGS

Officials say the epicenter was a relatively shallow 6 miles beneath the surface.

An earthquake of this scale is categorized as a major quake and can cause serious damage. However, there were no immediate reports of damage or injuries.

Several aftershocks also rocked the region, including a 6.1 magnitude earthquake.

There were also several smaller quakes reported in and near Puerto Rico on Tuesday.

This story was originally published by Aliza Chasan at WPIX.