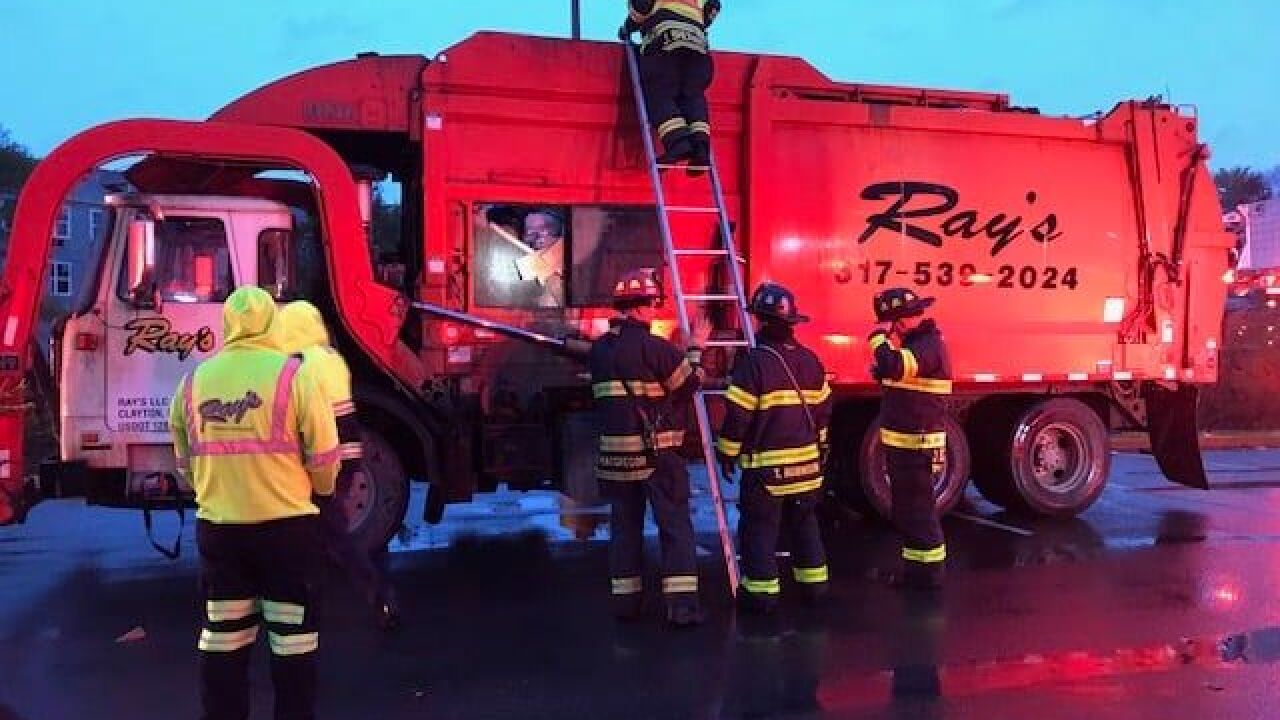 INDIANAPOLIS — A homeless man was rescued from the back of a garbage truck near Indianapolis early Thursday.

According to a report from the Decatur Township Fire Department, rescue crews were called shortly before 8 a.m. Thursday for an injured person.

When they arrived, firefighters found an injured person inside the back of a garbage truck.

Firefighters said the driver of the trash truck told them he had made two previous stops along Kentucky Avenue, reached his third stop and started the compactor without knowing someone was in the back.

The driver told firefighters he heard a man yelling and immediately stopped the compactor and called 911.

Firefighters said the man was extricated from the back of the garbage truck within 30 minutes and was taken to an area hospital with serious injuries.

According to firefighters, the man in the back of the garbage truck told rescue crews he was in the dumpster to stay warm because he was homeless.

This article was written by Bob Blake for WRTV.