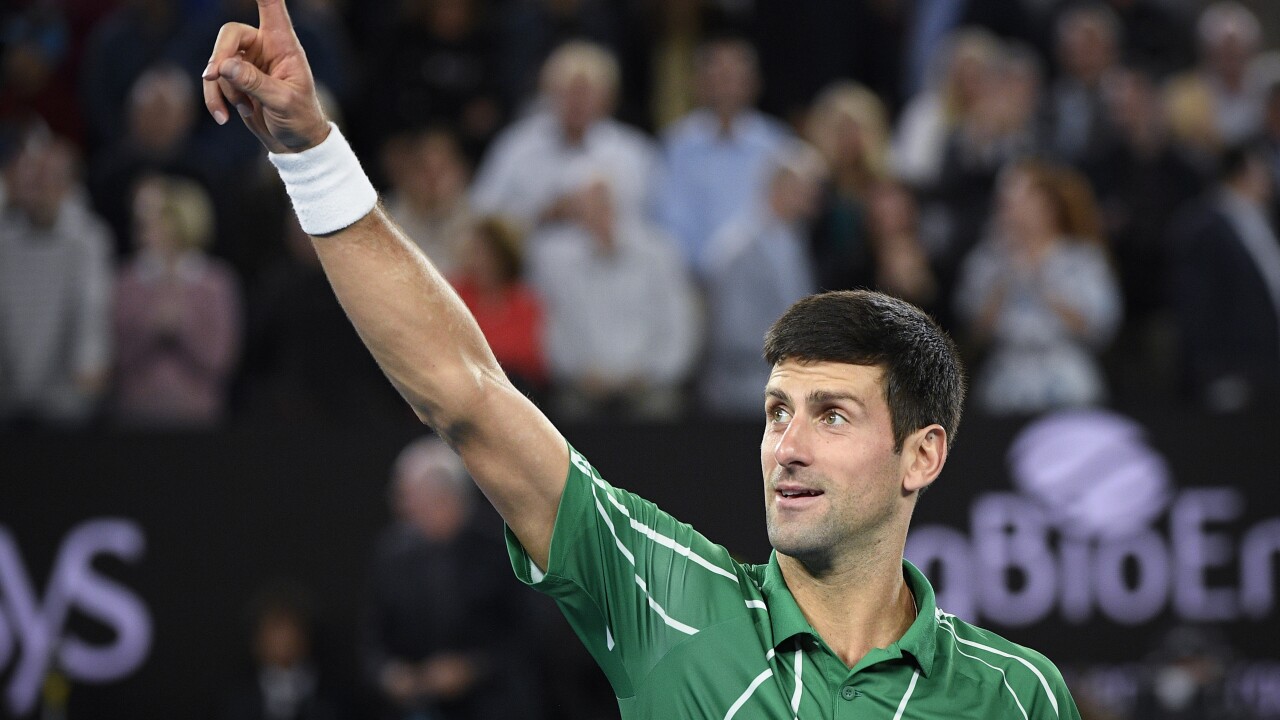 Djokovic's victory means he will replace Rafael Nadal at No. 1 in the rankings. Djokovic improved to 16-0 in semifinals and finals at Melbourne Park. No other man has won this tournament more than six times.

Djokovic adds that haul to his five titles from Wimbledon, three from the U.S. Open and one from the French Open. Only Roger Federer, with 20, and Nadal, with 19, have won more men's Grand Slam singles trophies.