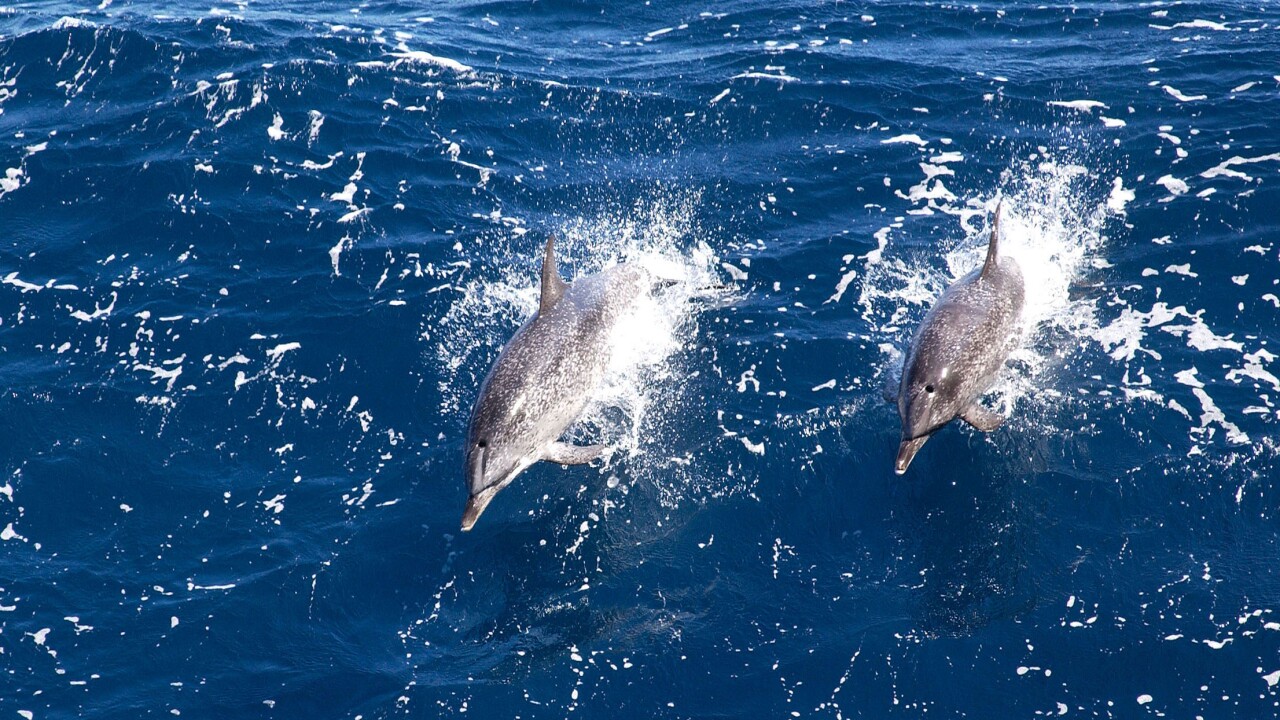 AP2006
CHUCK BECKLEY/ASSOCIATED PRESS
** ADVANCE FOR THE WEEKEND, MAY 13-15 ** Dolphins swim next to the USS Nitze March 15, 2006, off Morehead City, N.C., during a sonar demonstration for North Carolina state environmental and fisheries officials. A 500-square-mile block of sea the U.S. Navy wants for an underwater sub-hunting range is coveted by offshore fishermen, and some are certain construction of a Navy sonar range will both destroy the coral bottom that attracts fish and worried the sonar itself will drive fish away. (AP Photo/Chuck Beckley)

A report released this week alleges North Korea is training dolphins as part of its naval force. Satellite images obtained by the non-profit United States Naval Institute appear to show where the animals are being kept and trained.

Militarizing water mammals is not new, the United States Military has trained dolphins and sea lions over the years. Tasks for these mammals include spotting mines underwater and locating enemy swimmers or vessels.

There are also reports the Russian Navy has a military marine mammal program.

The images shared by the U.S. Naval Institute (USNI) allegedly show animal pens floating in waters between a shipyard and a coal loading dock, according to the organization. USNI is a non-profit organization not directly affiliated with the U.S. Navy and does not receive any government funding.

The USNI says the images show the program in North Korea likely dates from 2015, and is probably part of a modernization process across that country’s military. A base near the alleged animal pens in the image began development in 2016, USNI says.