A quick-thinking Canadian man was able to save kitten who were frozen to the road by warming the ground with hot coffee. 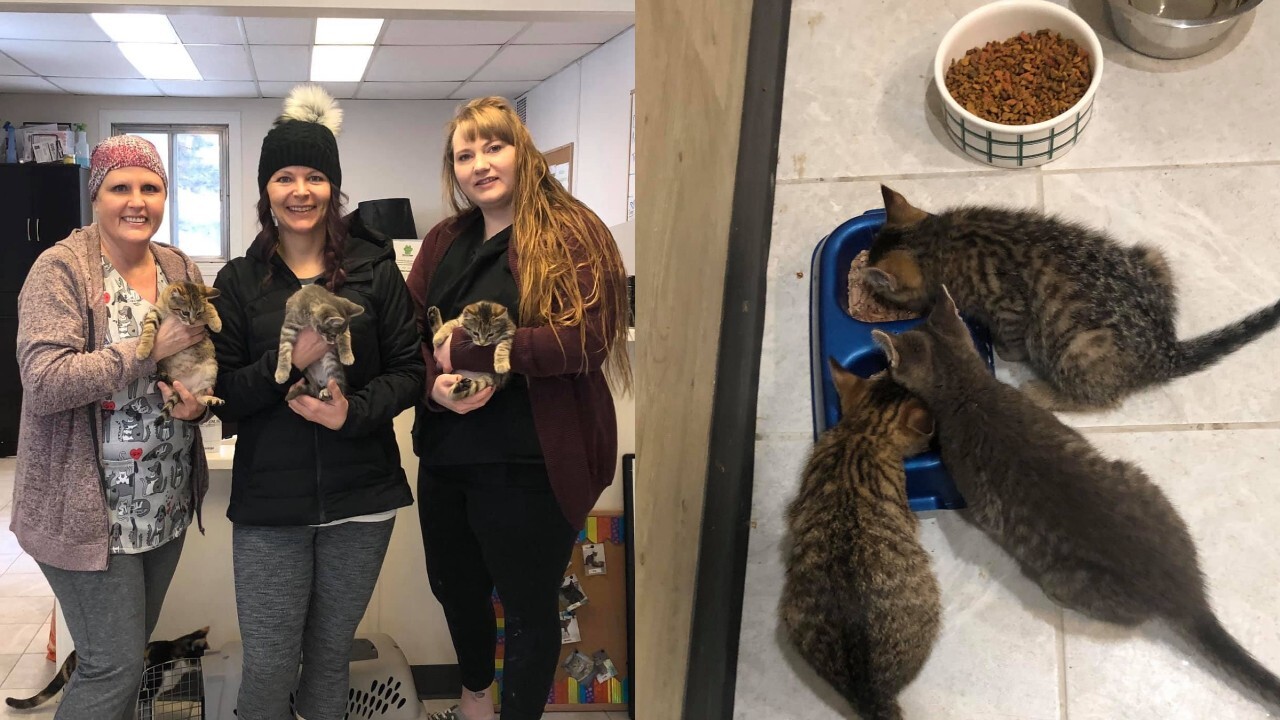 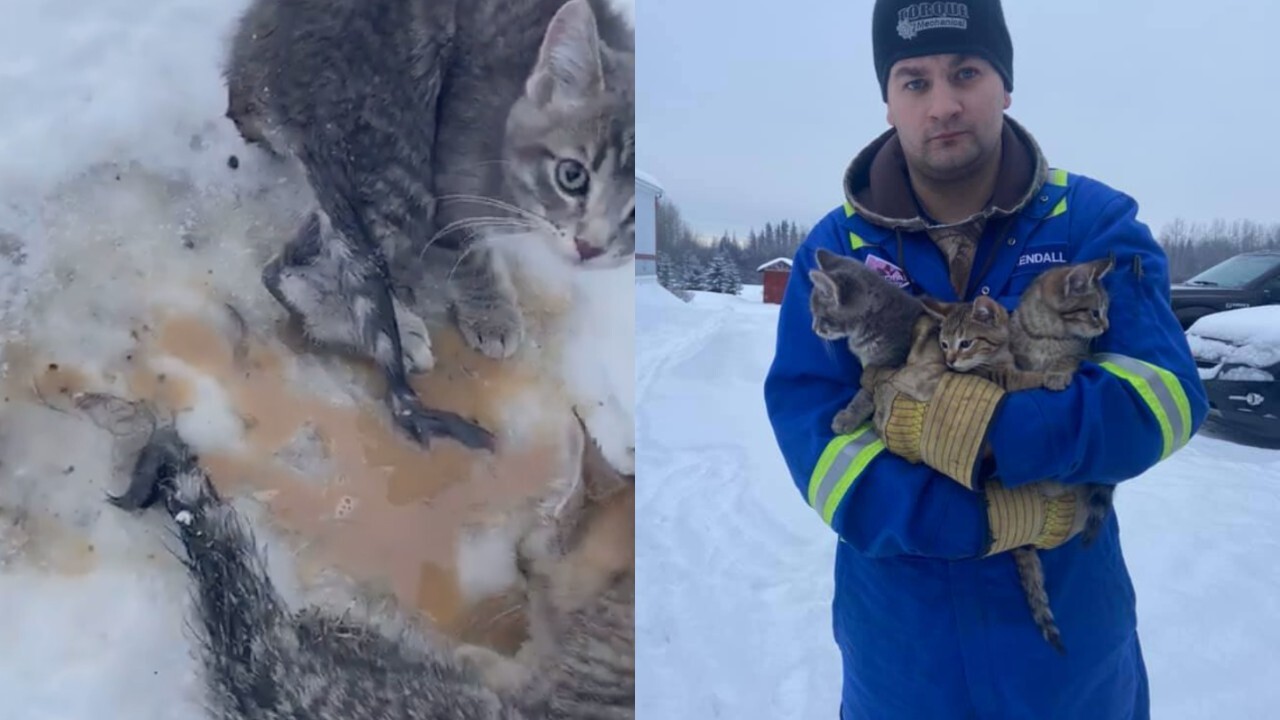 DRAYTON VALLEY, Canada – A resourceful man used his what he had to save three kittens that he found frozen to the ground in Canada. And, it was all caught on camera.

Oil worker Kendall Diwisch says he discovered the young cats on a back road near one of his wells last week.

When Diwisch approached the kittens, he saw they were frozen in ice and he assumed they had been there all night.

“You’re frozen to the ice,” Diwisch can be heard saying as he approached the kittens. “You been here all night?”

The Drayton Valley man attempted to pull the kittens free, but two of them meowed in pain, and he realized he would need take a different approach.

That’s when he retrieved his thermos of coffee from his truck and used the warm drink to free the kittens from the ice.

Afterwards, as Diwisch carries the kittens back to his truck, you can hear him say, “that is so cruel.”

Diwisch ended up taking the cats to a shelter, Cause for Critters, where they were taken care of. And, in an update posted to Facebook, Diwisch said the “little rascals” found a new home, where they’ll live together instead of being separated.