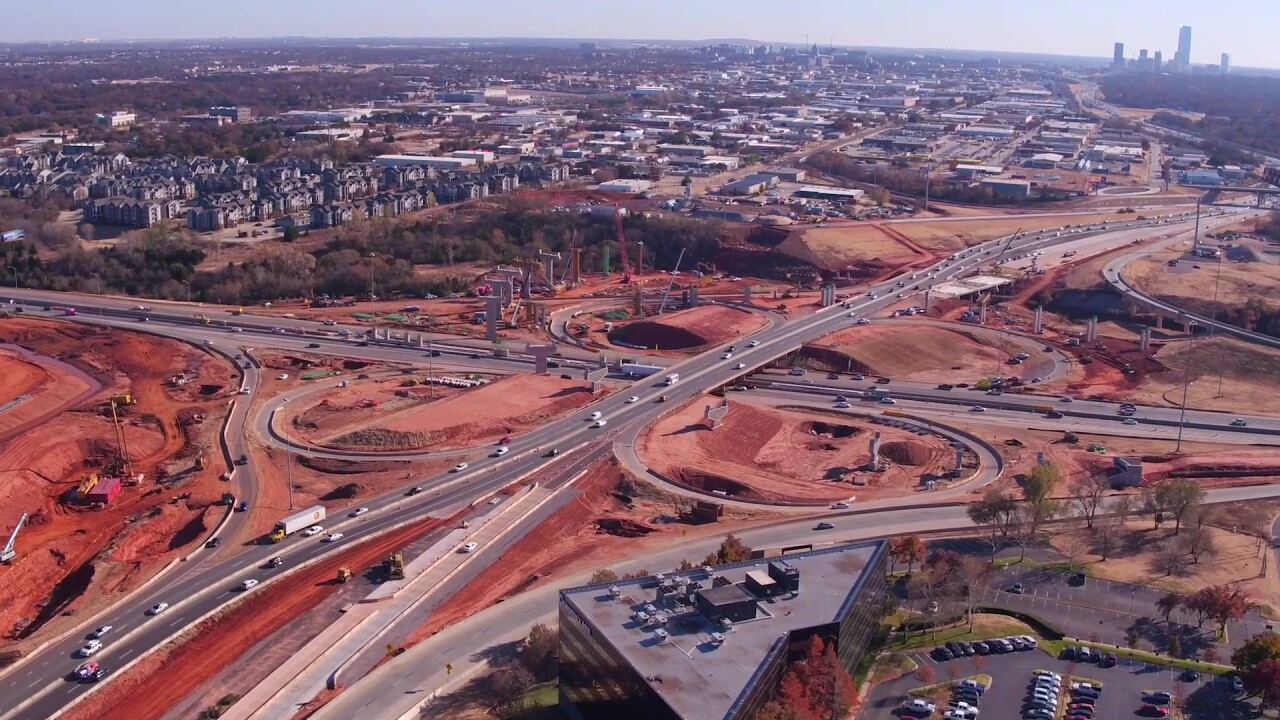 Whether from high in the sky or where the rubber meets the road, it’s easy to see and clear to hear Oklahoma drivers are dealing with rough roads.

“You’re having to dodge potholes almost as big as this truck,” said a local driver. “You go up north here like in the Piedmont area up on Waterloo – very dangerous. I mean very dangerous.”

For decades, Oklahoma has been ranked one of the worst in the country when it comes to road conditions.

“All the way through the ‘90s and 2000s, this was really an issue that had consumed us,” said Terri Angier of the Oklahoma Department of Transportation.

She says of the state’s 33,000 lane miles of federal highway, 70 percent are in disrepair.

To help rebuild roads and ultimately keep drivers safe, ODOT was recently awarded about $800 million for projects with equal amounts of money coming from state and federal funding.

According to the American Society of Civil Engineers, poor road conditions cost Americans their money and their lives.

The ASCE also estimates that rough roads are likely a factor in almost one-third of all traffic fatalities and they also cost drivers $131 billion a year in extra vehicle repairs and operating costs.

“When they hit a pothole, it knocks their vehicle out of alignment. It can ruin tires, rims, suspension components, it can do a whole lot of damage,” said Brandon Crusha, who owns and operates Brotherhood Garage.

Mechanics at the auto shop say even small sections of dilapidated roads can cost drivers big bucks – and that most of the time, neither insurance nor the city covers the cost of repairs.

“Most customers think they pay insurance for these kinds of things or that maybe their car warranty will take care of it,” Crusha said. “But those are considered wearable parts so neither one of those companies will take care of their customer.”

Now with more funding, leaders in Oklahoma are taking better care of their roads.

“There was a time it was very embarrassing to talk about our highway system,” Angier said. “To give you an idea, in 2004 we had 11,068 structurally deficient bridges which was unheard of. We were one of the worst in the nation.”

ODOT says its road improvements are moving in the right direction. Stats now show Oklahoma has gone from near worst to almost first.

“When the numbers come out from a federal level, we’ve reduced that number to about 100 – which is a major feat,” Angier said. “Oklahoma is really on the verge of a renaissance of improving a lot of its areas and I believe transportation as the backbone has a lot to do with it.”

Going forward, experts say America must invest more in its infrastructure because delaying only escalates the costs and risks of our drivers and our economy.