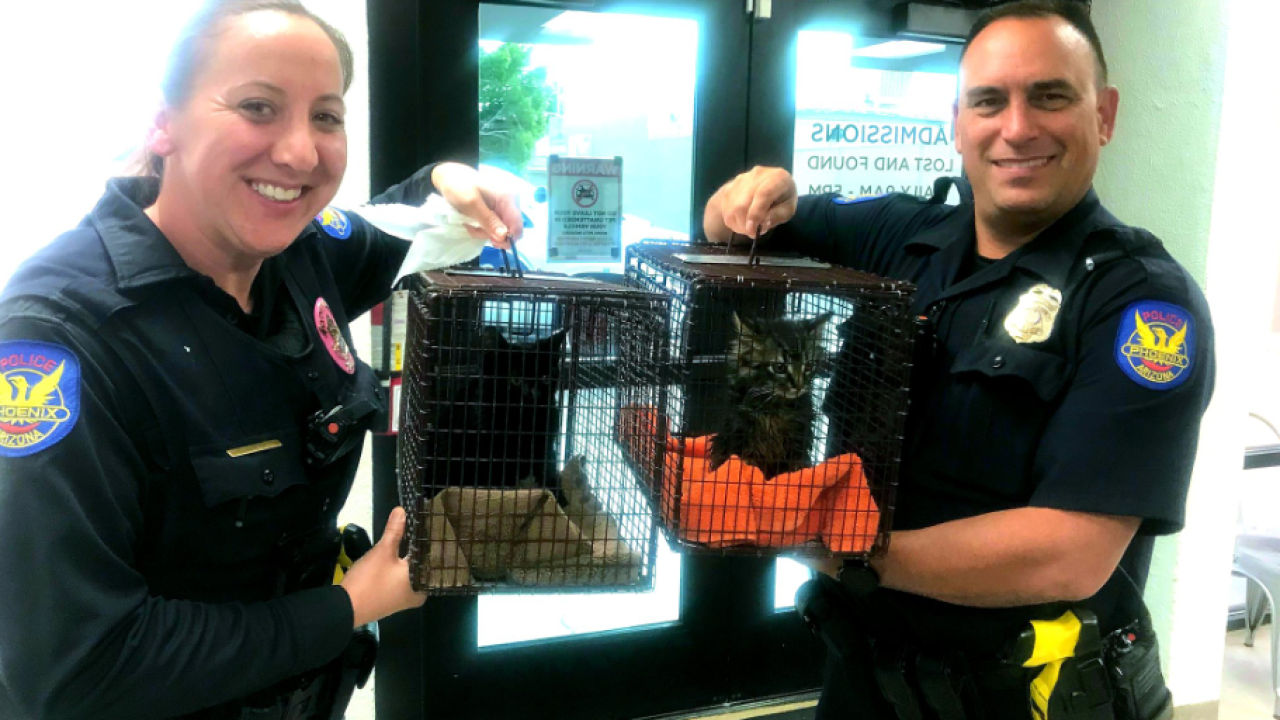 PHOENIX, Ariz. -- Two kittens are lucky to be alive thanks to two Phoenix police officers.

Officers Bagnall and Friday were able to save the kittens who had been soaked with gasoline and thrown out of a plastic bag near 35th and Dunlap avenues.

Saving kittens all in a days work for Phx officers.

These two kittens had been soaked with gasoline and thrown out of a plastic bag. Officers Bagnall and Friday rescued them from the area of 35th Ave. & Dunlap.

The kittens are now safe and receiving care at the Humane Society. pic.twitter.com/7wp0ZYEIuO

Officers say the kittens are safe and recovering at the Arizona Humane Society.

It's unclear at this time if anyone will face charges in connection with the incident.

And, Phoenix police weren't the only heroes making news. Earlier Sunday morning, Phoenix firefighters and Chandler police were able to save a dog stuck in a canal in Chandler.