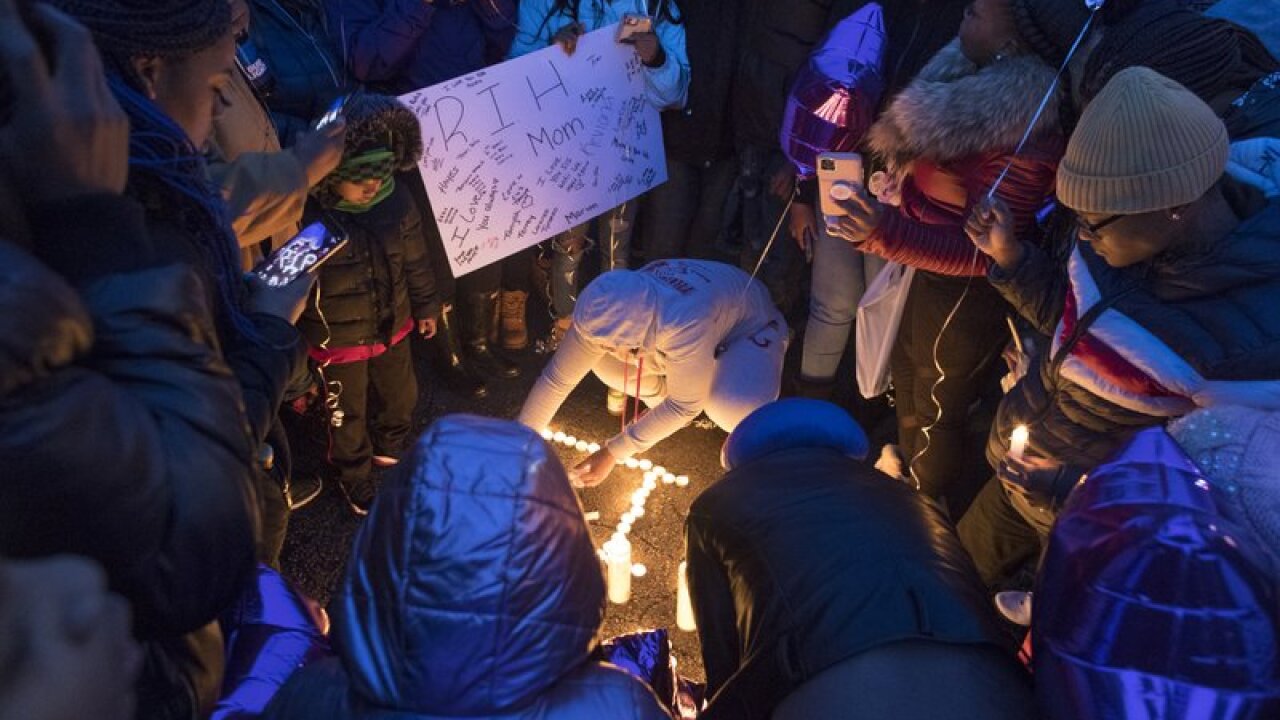 A gunman in a passing car fired five or six shots outside of a Milwaukee supper club, killing a pregnant mother of five who was on board a party bus that was parked in front of the venue, authorities said.

The bus rushed Annie Sandifer to to Ascension St. Joseph hospital after the roughly 2:30 a.m. shooting on Milwaukee’s northwest side, but she didn’t survive. Doctors were able to deliver her baby via an emergency cesarean section, police said. The baby was in stable condition, but delivered just 26 weeks into the pregnancy, it was born very premature.

Police said Sunday that they hadn’t arrested anyone yet, and it wasn’t clear if the bus was the intended target of the attack.

At a Saturday evening vigil, family described Sandifer as a loving, giving mother to her children, the Milwaukee Journal Sentinel reported.

“She did everything, like a mother should,” said her cousin, Kisha Ducksworth. “She went out of her way for her kids.”

Relatives said Sandifer’s extended family had been largely spared from Milwaukee’s gun violence until this shooting.

“We’re used to cancer and all that, but we’re not used to gunshots,” said cousin Keandra Lasher.

Family members pleaded for those responsible for the shooting to turn themselves in to police.

Police described the suspect vehicle as a silver four-door sedan.