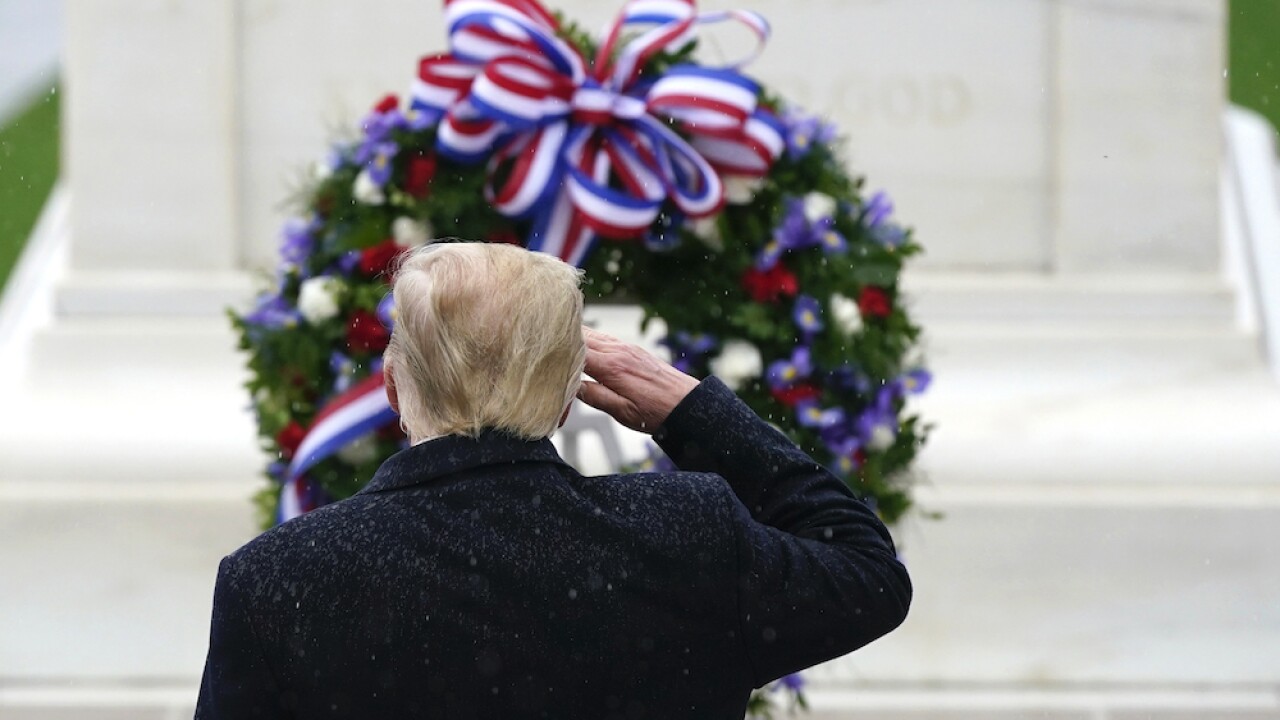 Trump laid a wreath at the Tomb of the Unknown Soldier, in an act that has become a Veterans Day and Memorial Day tradition for presidents in the years since the remains of several unidentified U.S. soldiers who fought in World War I were interred at the cemetery in 1921.

In the years since, remains of other unidentified soldiers from World War II and the Korean War have since been interred in the area. The remains of a U.S. soldier who fought in the Vietnam War were briefly interred in the tomb before scientists identified them as those of Air Force 1st Lt. Michael Joseph Blassie. Blassie's remains were removed from the tomb in 1998 upon his family's request.

The Tomb has come to represent all U.S. soldiers who have been killed or remain missing in action.

The wreath-laying ceremony was Trump's first on-camera public appearance since most media outlets projected Joe Biden as the winner of the 2020 presidential election.

Prior to Wednesday, Trump's last on-camera public appearance came on Nov. 5 when he held a press conference at the White House to falsely claim victory in the 2020 presidential race citing baseless claims of widespread voter fraud.