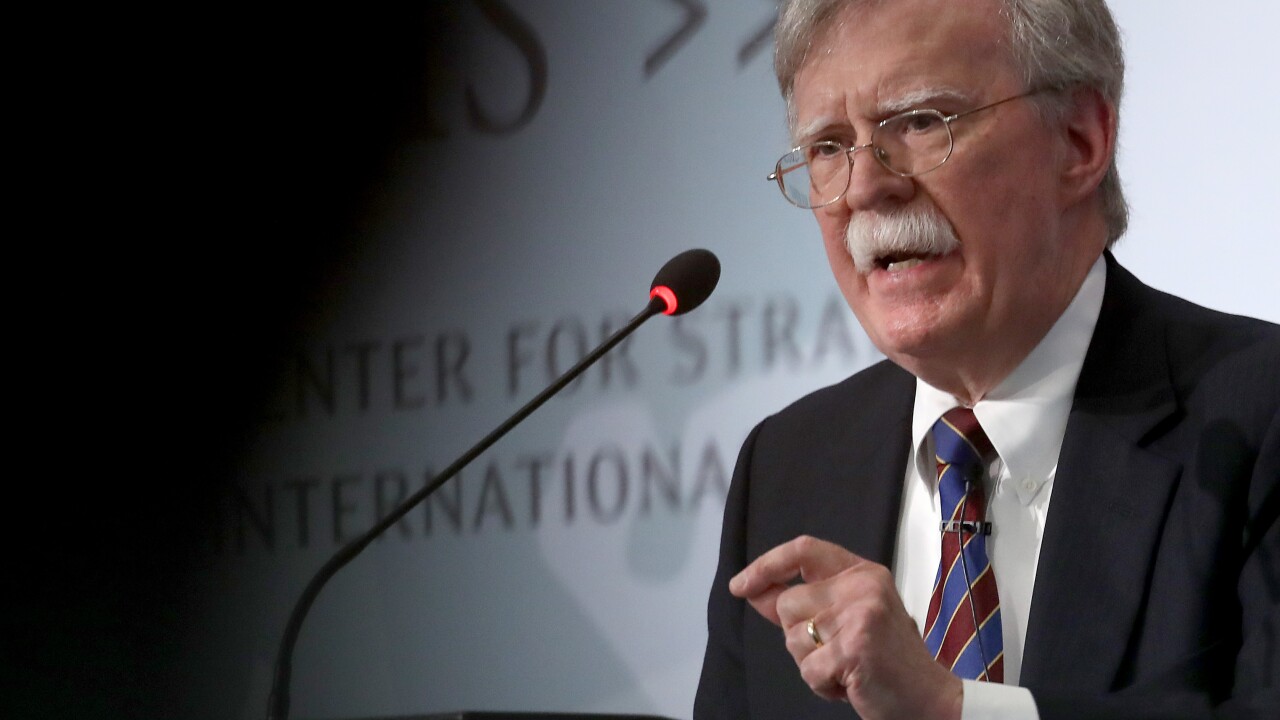 Rep. Eliot Engel says that shortly after leaving the White House, former national security advisor John Bolton called him and suggested that Engel and the House Foreign Affiars Committee "look into" the ouster of Marie Yovanovitch, the former ambassador to Ukraine.

Engel, the chair of the House Foreign Affairs Committee, released a statement Wednesday, recounting a Sept. 23 phone call with Bolton.

"President Trump is wrong that John Bolton didn't say anything about the Trump-Ukraine Scandal at the time the President fired him. He said something to me," Engel said in his statement.

Engel says that after Bolton left the White House on Sept. 10, Engel's staff reached out to Bolton on Sept. 19 to "thank him" for his service. When the two spoke on a telephone call on Sept. 23, Engel says that Bolton, without prompt, suggested the committee look into Yovanovitch's ouster.

Yovanovitch was relieved of her duties as the U.S. ambassador to Ukraine in early 2019. She's become a key figure in the impeachment proceedings, as reports indicate that Trump chose to fire her because she was hindering efforts by the Trump administration to force Ukraine to open an investigation into the Bidens.

Engel said he did not share news from the Bolton phone call until now because it was a "private conversation."

Bolton has emerged as a key figure in recent days as reports indicate that he has written a book manuscript in which he claims Trump told him directly that he was withholding funds earmarked for military aid to Ukraine until the country agreed to release politically damaging information on Democrat presidential candidates.

Democrats have called for Bolton to testify during Trump's impeachment trial. On Tuesday, Senate Majority Leader Mitch McConnell said Republicans do not yet have the votes to block witness testimony.