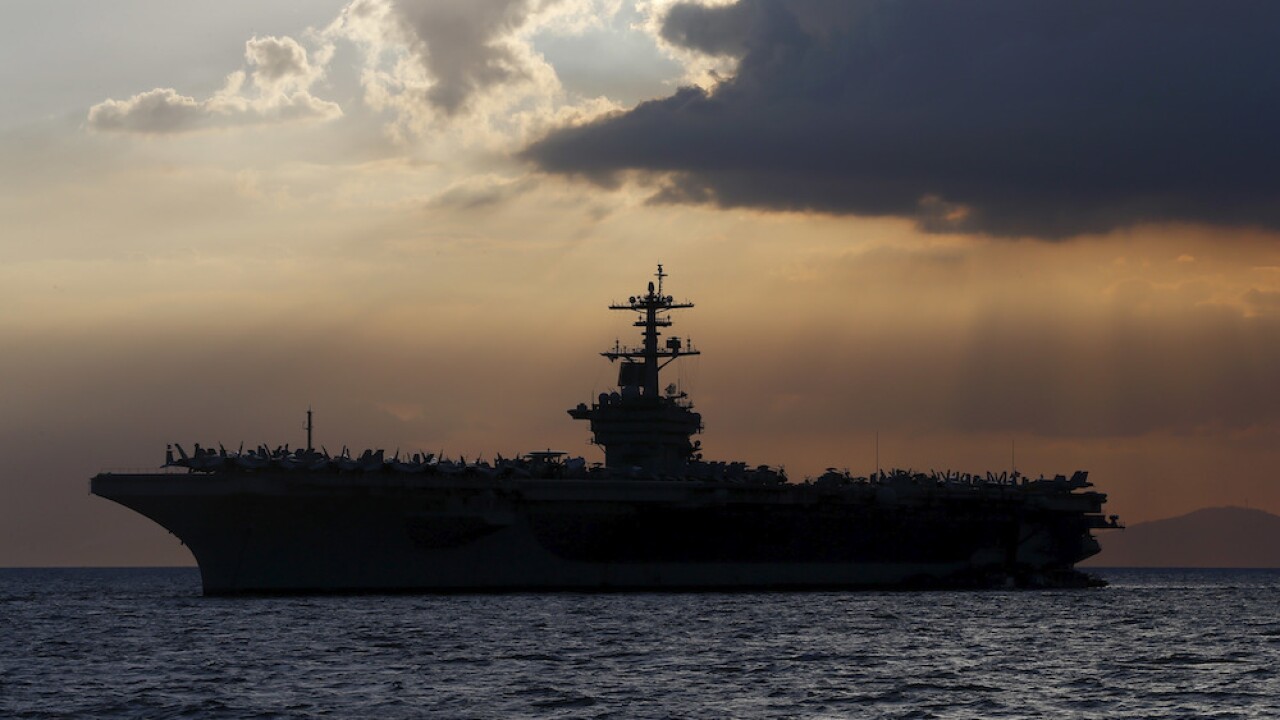 Copyright 2018 The Associated Press. All rights reserved.
Bullit Marquez/AP
FILE - In this April 13, 2018, file photo the USS Theodore Roosevelt aircraft carrier is anchored off Manila Bay west of Manila, Philippines. The captain of the U.S. Navy aircraft carrier facing a growing outbreak of the coronavirus is asking for permission to isolate the bulk of his roughly 5,000 crew members on shore, which would take the warship out of duty in an effort to save lives. The ship is docked in Guam (AP Photo/Bullit Marquez, File)

A sailor assigned a Navy ship that has been at the center of controversy has died of the novel coronavirus, the Navy said Monday.

According to a press release, the sailor tested positive for COVID-19 on March 30 while aboard the USS Theodore Roosevelt and was placed in isolation. On Thursday, the sailor was found unresponsive and rushed to the ICU at U.S. Naval Hospital Guam.

The sailor's identity will be withheld for 24 hours, pending the notification of next of kin.

The USS Theodore has been at the center of controversy since the ship's commander, Capt. Brett E. Crozier, sent an email pleading for help as the coronavirus ran rampant on the aircraft carrier. The email prompted Crozier's removal from his post.

Following Crozier's removal, Naval Secretary Thomas B. Modly addressed the crew of the Roosevelt, calling Crozier "naive" and "stupid" to think that his email would not leak to the media. Modly resigned as Naval secretary shortly after.

At the time Crozier sent his email, an estimated 50 sailors aboard the Roosevelt has contracted the coronavirus. The New York Times reported that as of Sunday, 584 crew members have now contracted the virus.

"The entire Department is deeply saddened by the loss of our first active duty member to COVID-19. Our thoughts are with the family of the USS Theodore Roosevelt sailor who lost his battle with the virus today," Secretary of Defense Mark Esper said in a statement. "We remain committed to protecting our personnel and their families while continuing to assist in defeating this outbreak."

“We mourn the loss of the Sailor from USS Theodore Roosevelt who died today, and we stand alongside their family, loved ones, and shipmates as they grieve," Chief of Naval Operations, Adm. Mike Gilday said in a statement. "This is a great loss for the ship and for our Navy. My deepest sympathy goes out the family, and we pledge our full support to the ship and crew as they continue their fight against the coronavirus.”