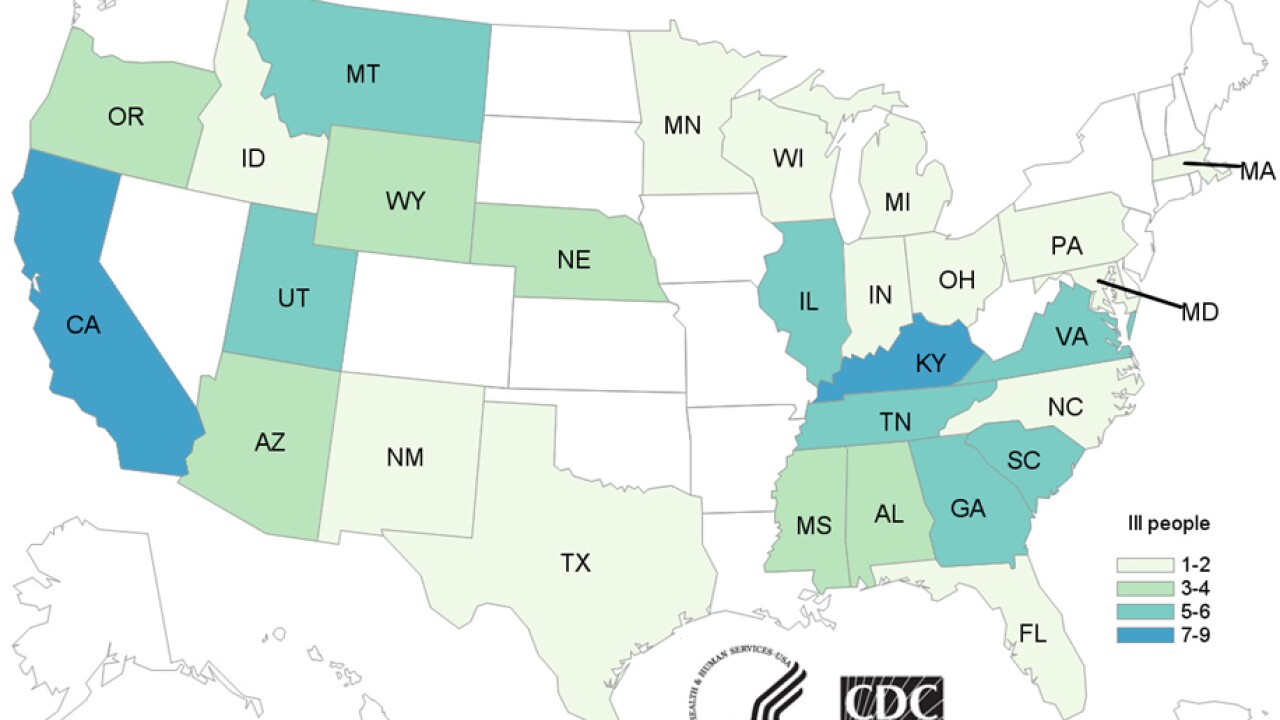 CDC
People infected with the outbreak strain of <i>Salmonella</i> Hadar, by state of residence, as of May 15, 2020

ATLANTA, Ga. – An outbreak of Salmonella linked to contact with backyard poultry, like chicks and ducklings, has left at least 97 people sick in 28 states, the Centers for Disease Control announced Wednesday.

The CDC says it’s working with public health officials in the affected states to investigate the outbreak.

According to the CDC, 17 people have been hospitalized due to the outbreak, but no deaths have been reported. It seems the outbreak is disproportionately affecting children. Officials say about a third of the ill people are kids under the age of 5.

People can get sick from Salmonella from touching live poultry or their environment. Birds carrying the bacteria can appear healthy and clean.

The CDC says it’s common for upticks in poultry-based Salmonella cases in the spring and summer, because that’s when people purchase birds for their flocks.

Whether you’re building your first coop or you’re an experienced backyard poultry owner, the CDC warns that you should know the risks of keeping birds and things you can do to stay healthy. The agency offered these tips for owners:

As for Salmonella, officials say most infected people develop diarrhea, fever, and stomach cramps six hours to six days after being exposed to the bacteria. The illness usually lasts four to seven days, and most people recover without treatment. In some people, the illness may be so severe that the patient is hospitalized.

Children younger than five, adults 65 and older, and people with weakened immune systems are more likely to have severe illness.