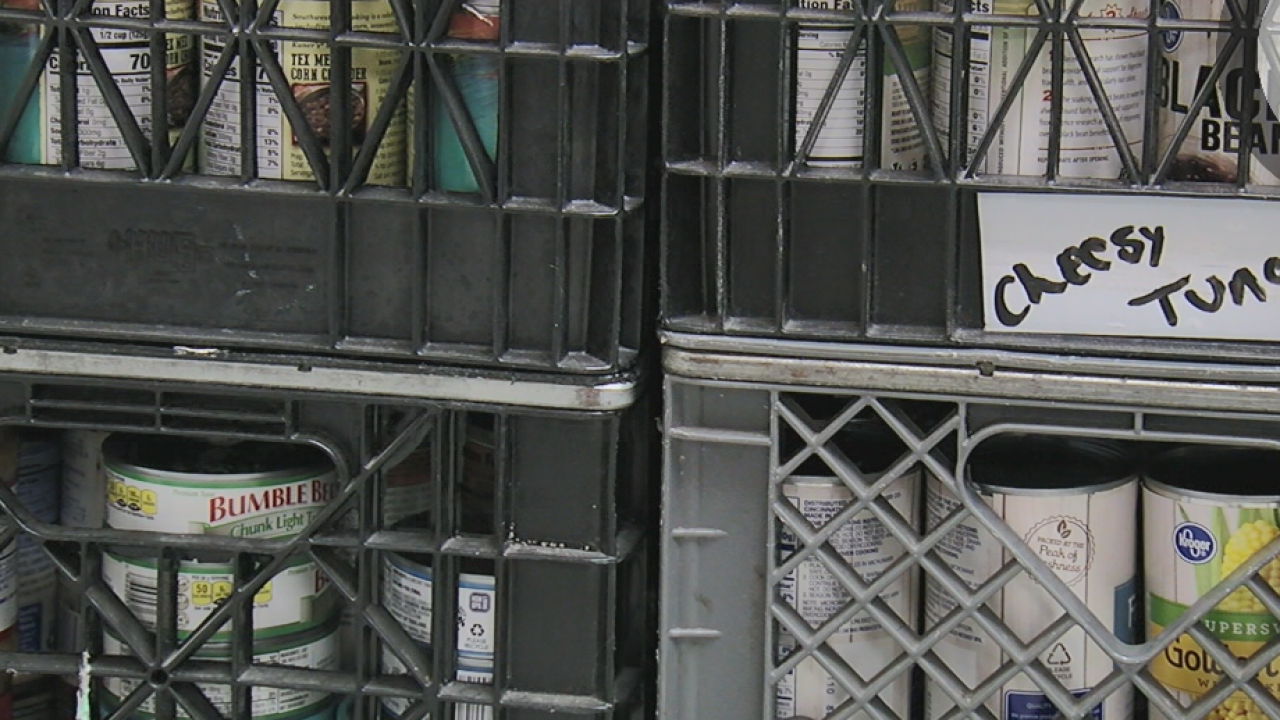 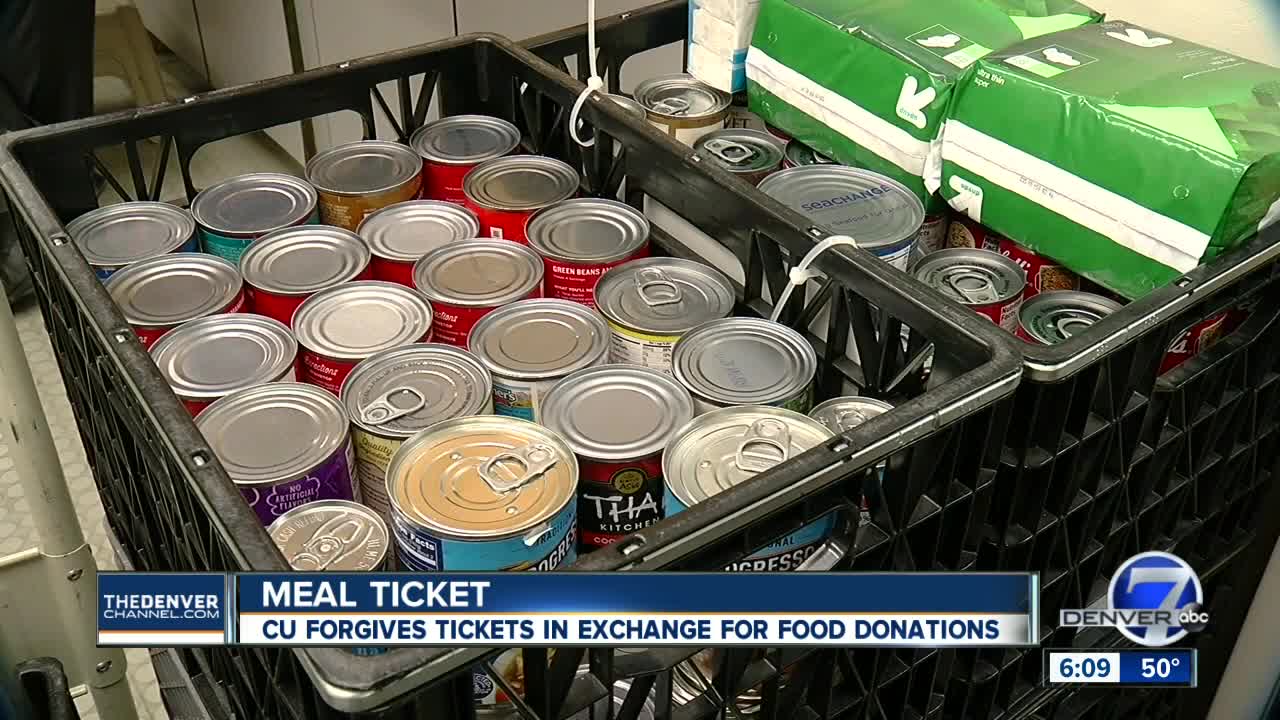 BOULDER, Colo. -- Some students at University of Colorado Boulder are getting rewarded for helping others.

Until Friday, students can turn in canned goods and get a break on their parking tickets.

Parking tickets are a fact of life for the CU student.

"They add up. The first couple you don’t think it’s a big deal, but before you know it they really start to add up," said Stevens.

When he’s not jogging, Stevens, like his fellow Buffs, is trying to avoid the campus parking police.

"They start to stack up. It’s starts at $15, and then it ramps up over time.I have friends who are getting hundred dollar ones. That’s a couple of weeks of groceries," he said.

But now some relief is on the horizon for Stevens and his friends.

Every year CU Parking services puts on their "Food for Fines" program. Through Friday, students can show up at parking services, along with five canned goods, and have their ticket erased. All food will be donated to the Harvest of Hope pantry to help feed hungry families.

"It's a way to help the food pantry in Boulder, but it’s also a way to help our students who may have received a fine they can’t afford to pay," said CU spokesman Scott Pribble.

The program has already been a big success. So far, “Food for Fines" has wiped away more than $3,000 worth of ticket debt. More importantly, it’s contributed more than 300 pounds of food for those in most need.

Stevens said those numbers add up to a win-win, all the way around.

"Five cans. It’s a great deal. It’s way cheaper than a ticket would be, and you get to help out someone in need," he said.

The Food for Fines program runs until Friday. The Pantry is asking for peanut butter, canned tuna, cereal and chunky soup.

This story was originally published by Tom Mustin at KMGH.