Thousands forced to evacuate as Arizona wildfire continues to spread 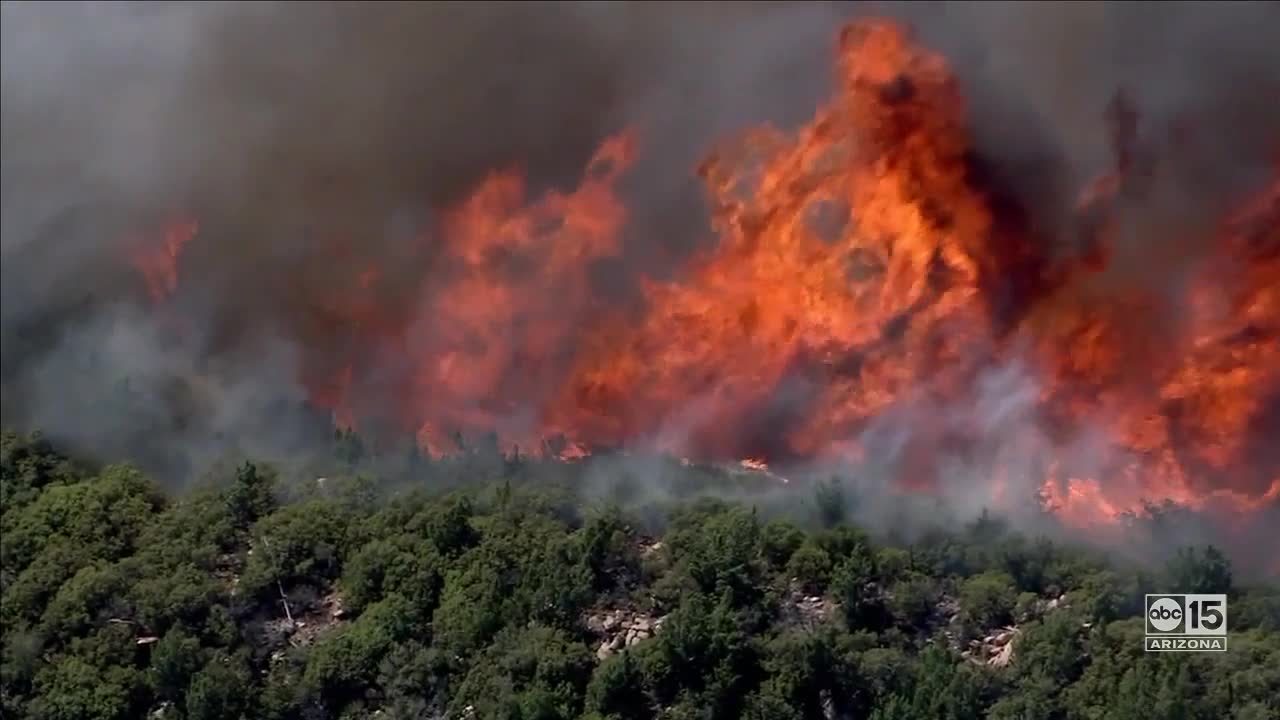 The largest active fire in country burning in Arizona. 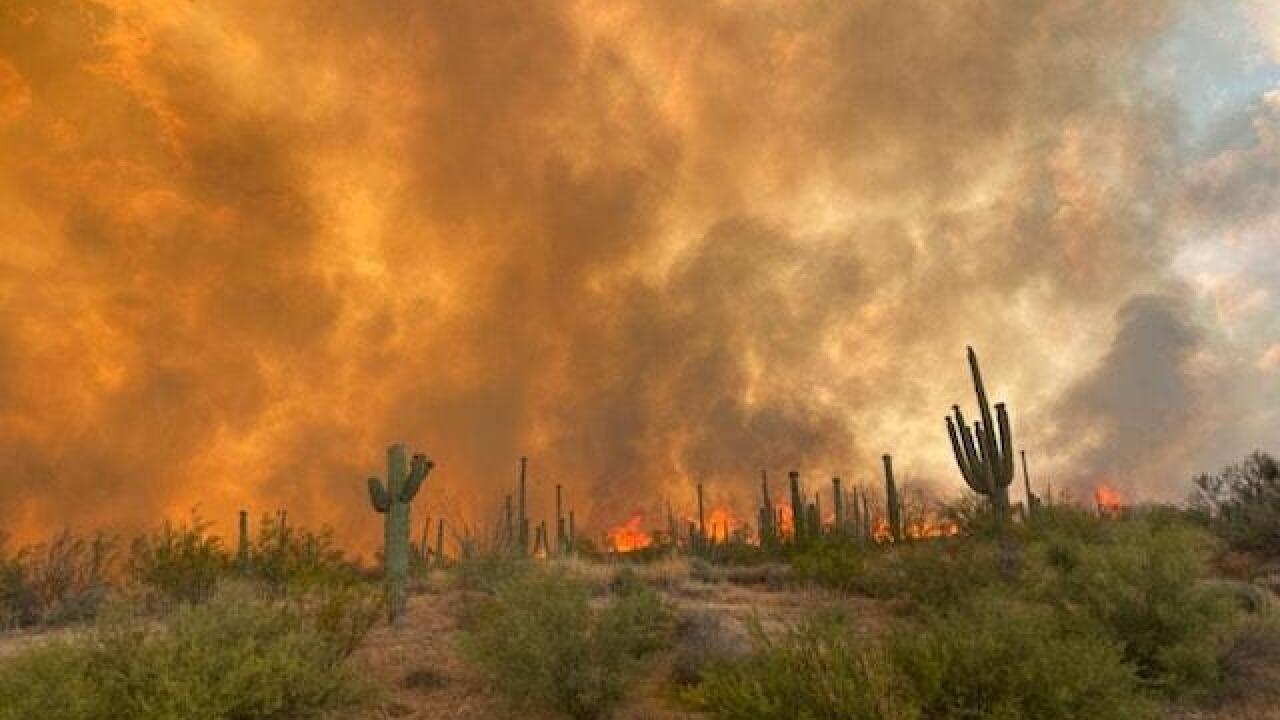 A wildfire burning in Arizona, just northeast of the Valley, is now the most massive fire actively burning in the country, according to officials.

The wildfire has already demolished more than 114,000 acres, and it is just five percent contained, as of Thursday morning.

The good news is no homes nor businesses have been destroyed, but some worry it is just a matter of time, as evacuations have been implemented in multiple towns.

Fire crews say the wildfire has spread so rapidly and is difficult to contain because of the heat, low humidity, terrain, and high winds.

The threat snuck up on Tonto Basin homeowners like Robyn Hill.

"I really wasn’t prepared for it. I thought the fire was too far away, and you are just kind of in disbelief," said Hill, who got the evacuation order Monday.

Hill said she rushed home from her hair salon business in Payson once the alert came across her phone.

She packed up the RV with her husband and two dogs, and they quickly left town.

"So when you got two hours to get your stuff and go. It would help if you were a little more prepared," she said. "I packed the bread and the peanut butter, but forgot the jelly."

While the jelly makes for a good joke, leaving home was no laughing matter.

"You kind of shed a few tears as you leave the house because it’s my home, it’s my little paradise," said Hill, who tells KNXV she had just finished adding a pool and re-doing her garden and yard during the pandemic slowdown.

While Hill and others are evacuating their homes, the Red Cross has been setting up shelters.

"[Monday] we had over a dozen people check-in," said Jim Gilloon, with the Arizona Red Cross. "We don’t just let them walk in. We do a screen test, we take their temperature, and we ask him questions, and then they are clear to come in."

At the shelter, the people forced from their homes can get a meal, information, and then the Red Cross helps find them a place to stay for the night.

"It’s a wildfire season. So we are prepared," said Gilloon. "The fire is spreading, and there is no containment. So we are looking at several days, a week maybe."

Many Arizonans from Punkin Center, Sunflower, and Apache Lake are now sleeping in motels.

Casie Malinski though, stayed behind in her Tonto Basin home Tuesday to care for her many animals.

"This morning I took my older children into Payson and dropped them off with their things," said Malinski. "I have full faith in our hotshots and fire crews who are out here."

As 440 firefighters desperately try to squelch the inferno, hundreds more are praying for them."I think everybody is just terrified and hoping they will get it out in time before the residences are lost," said Hill. "Let’s stop it on the highway, please. And before the homes."

State Route 87, or the Beeline Highway, is closed from Payson to Bush Highway.

State Route 188 is also closed from the 87 junctions to Roosevelt.

Fire officials say the fire started due to a car issue on the side of the highway.