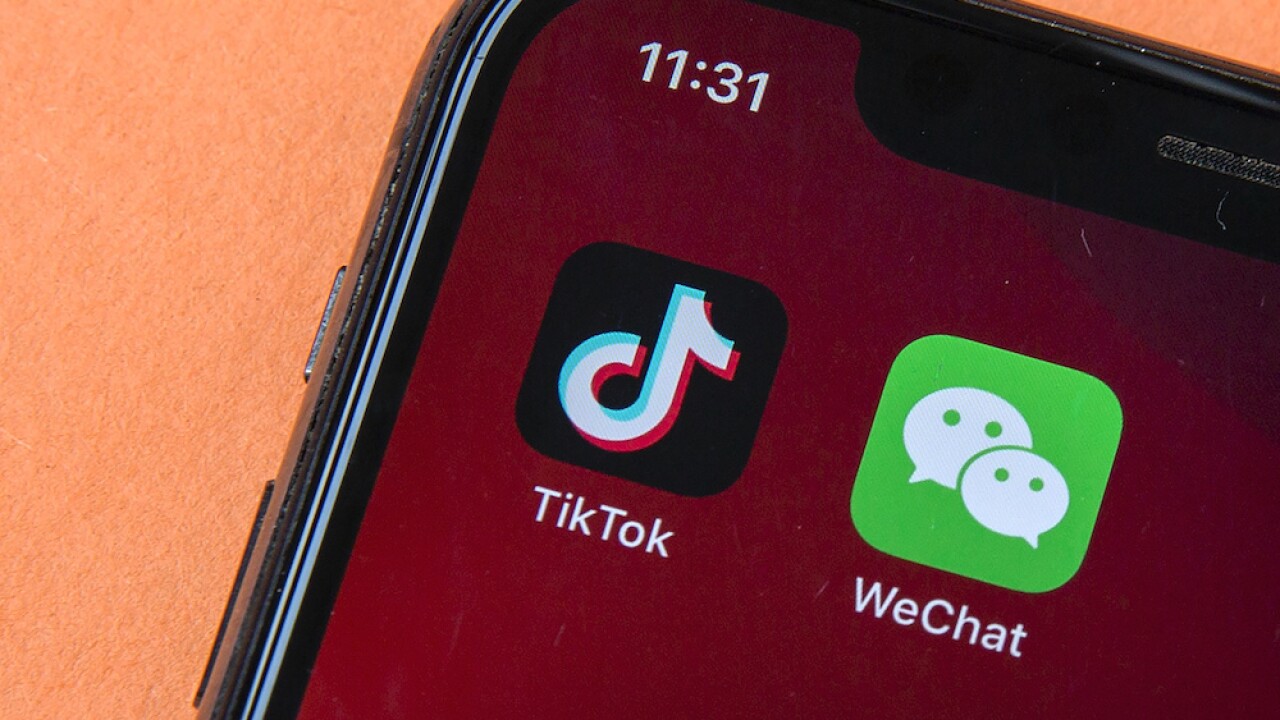 Copyright 2020 The Associated Press. All rights reserved
Mark Schiefelbein/AP
Icons for the smartphone apps TikTok and WeChat are seen on a smartphone screen in Beijing, Friday, Aug. 7, 2020. President Donald Trump has ordered a sweeping but unspecified ban on dealings with the Chinese owners of the consumer apps TikTok and WeChat, although it remains unclear if he has the legal authority to actually ban the apps from the U.S. (AP Photo/Mark Schiefelbein)

With TikTok facing just one more day before a US-imposed ban on downloads of the popular app, President Donald Trump said Saturday that he will allow a deal that will allow the Chinese-owned service to be used in the US.

While details of the possible transfer of TikTok to Oracle are not known, Trump said the deal has his blessing.

“I have given the deal my blessing. If they get it done that’s great; if they don’t, that’s fine too,” Trump told reporters.

Trump has cited privacy concerns for taking the action against the social media network.

TikTok has gained popularity among younger Americans in recent months for its short, entertaining video clips. The TikTok community has often been critical of Trump. Earlier in the summer, users of TikTok organized by reserving tickets to Trump’s rally in Tulsa, which failed to draw the type of crowds the Trump campaign expected.

The Trump administration has complained that the application takes data and is used by the Chinese government.

"All the things that you care that you want to make sure the Chinese Communist Party doesn’t have, we have a responsibility to make sure that the systems that you’re using don’t give them access to that," US Secretary of State Mike Pompeo said in July.