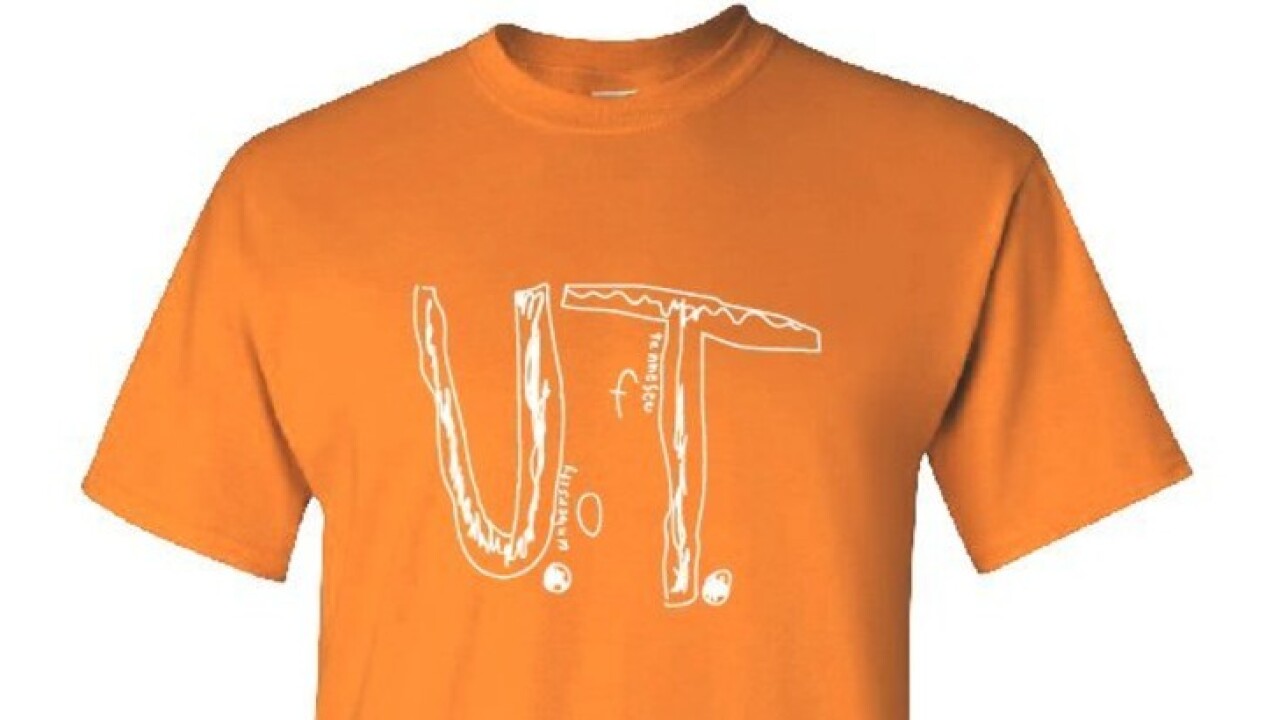 KNOXVILLE, Tenn. -- A University of Tennessee (U.T.) shirt designed by a fourth grader has raised almost $1 million for STOMP Out Bullying.

The student who designed the shirt, a boy from Florida who is a fan of U.T., did so out of his desire to represent the university during his elementary school's "College Colors Day." Because he didn't own any U.T. apparel, he drew the logo on a piece of paper and pinned the sheet to an orange shirt.

After he was bullied for the design, U.T. made the logo an official design and started selling shirts displaying it .

In a press release, U.T. says the response to the shirt was overwhelming, far exceeding expectations. The VolShop sold 113,000 of the shirts.

"We have always been an organization dedicated to spreading kindness and preventing bullying and cyber-bullying, and this extremely generous donation helps us continue to make bullying history," said STOMP Out Bullying CEO Ross Ellis in U.T.'s release.

In recognition of the boy and his spirit, the university offered him honorary admission to join the class of 2032, as well as a four-year scholarship beginning in fall 2028.

This story was originally published by Kyle Davis at WTVF.