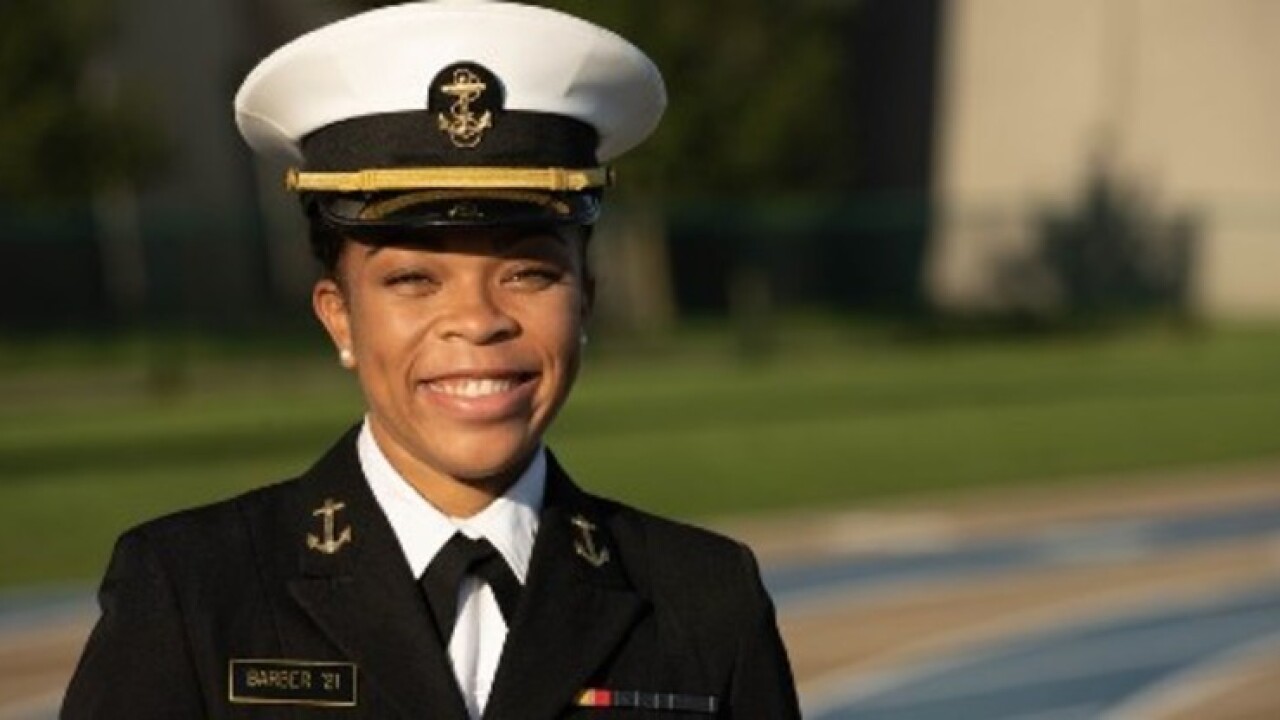 The brigade commander is the highest leadership position within the student body and it’s held for a semester. Barber will hold the role this spring semester.

“Earning the title of brigade commander speaks volumes, but the title itself is not nearly as significant as the opportunity it brings to lead a team in doing something I believe will be truly special,” said Barber. “I am humbled to play a small role in this momentous season of American history.”

Barber is from Lake Forest, Illinois, and is majoring in a mechanical engineering, with aspirations of commissioning as a Marine Corps ground officer.

As a walk-on sprinter and hurdler of the Navy Women’s Varsity Track and Field team, Barber has lettered all three years of competing and is a USNA record holder for the outdoor 4x400m relay.

Word of the announcement spread quickly after a social media post by the first Black female to graduate from USNA, Janie Mines. She wrote, “This brought me to tears. This young woman, Midshipman Sydney Barber, will be the first Black Female Brigade Commander at the U.S. Naval Academy. 40 years later. Thank you, Sydney! Love you!”