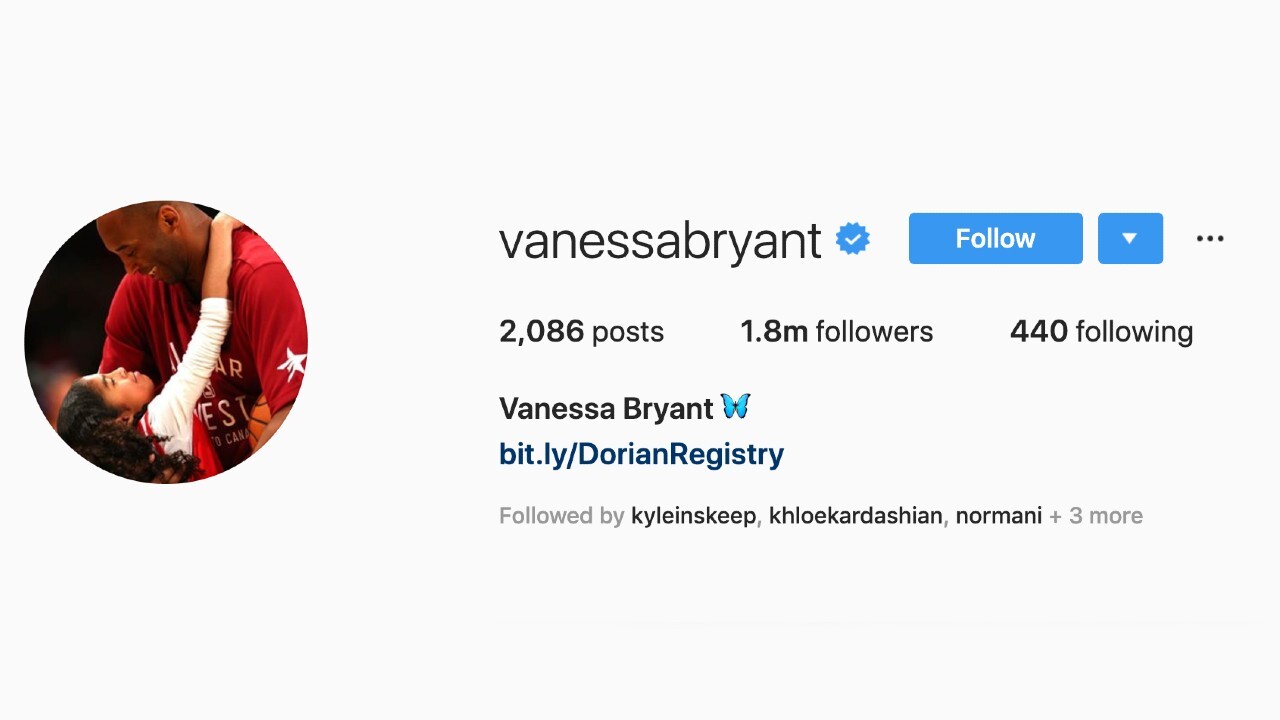 LOS ANGELES, Calif. – In her first public move since the deaths of her husband and daughter, Vanessa Bryant has changed her Instagram profile photo to a touching picture of Kobe and Gianna (Gigi).

In the photo, the NBA legend is seen holding his daughter in a loving embrace. The image is reportedly from a 2016 NBA All-Star Game in Toronto, the last of Kobe’s 18 All-Star appearances.

The 41-year-old former Los Angeles Lakers star and his 13-year-old daughter were among the nine people killed in a helicopter crash in the Calabasas area Sunday morning.

Kobe and Vanessa had been married since 2001 and had four daughters together, including Gigi. The three surviving daughters are named Bianka, Natalia, and Capri.

Besides the photo, Vanessa has not publicly addressed the tragic accident.

Video and photos from the crash site indicated that heavy fog was in the area at the time the helicopter crashed, but an official cause has not yet been released.

The National Transportation Safety Board (NTSB) is investigating to determine why the aircraft went down.

Investigator Jennifer Homendy said Tuesday that the NTSB could release its initial findings as soon as next week, but its full report could take as much as 18 months.