Who is Amy Coney Barrett? What we know about Trump's Supreme Court nominee 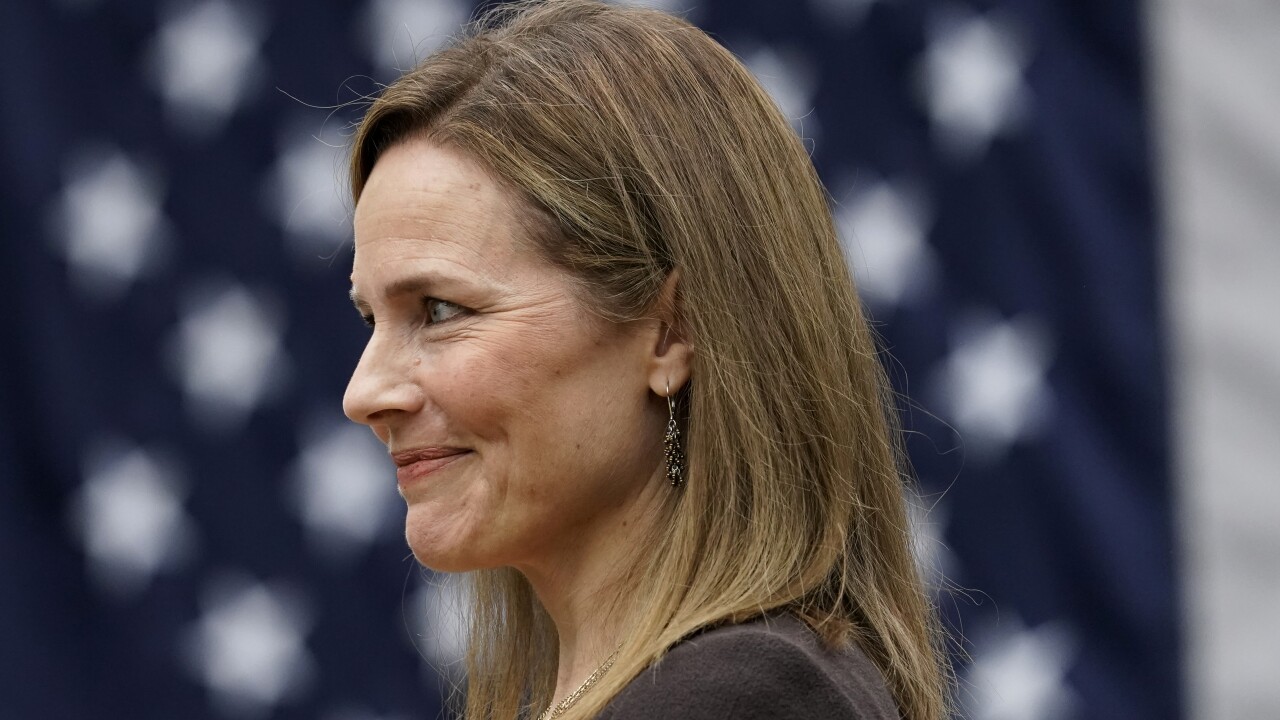 What we know about her

Barrett has long been rumored to be a possible Supreme Court justice and before being nominated, she was believed to be the favorite among conservatives to take the seat vacated by the late Justice Ruth Bader Ginsburg.

Barrett is currently serving on the 7th U.S. Circuit Court of Appeals and she spent several years as a professor at Notre Dame Law School, where she also earned her own law degree.

Barrett is believed to be a true conservative, having formerly clerked for the late right-wing beacon Justice Antonin Scalia. If appointed to the high court, her rulings would likely be in line with her mentor.

When accepting Trump’s nomination on Saturday, she said Scalia’s “judicial philosophy is mine, too.” Scalia helped popularize the idea of originalism, which follows the idea that courts should interpret the Constitution as it was originally intended by those who wrote it.

In recent years, Barrett has sided with conservatives on cases involving immigration, guns rights and abortion.

Barrett is also by legal standards young at only 48 years of age. Recently, both political parties have opted for younger justices to ensure they can serve for decades.

Barrett and her husband, Jesse Barrett, a former federal prosecutor, have seven children, including two adopted from Haiti. They live in South Bend, Indiana, but the judge was born in New Orleans, Louisiana, where she was raised Catholic.

If appointed to the Supreme Court, conservatives would hold a 6-3 majority over their liberal colleagues.

Senate Republicans plan on swiftly moving forward with Barrett’s nomination, despite being weeks away from the general election.

The confirmation process is sure to be a contentious one, with Democrats expected to highlight the possibility of the Affordable Care Act being dismantled and the fate of a woman’s right to choose in question.