Woman hopes ghost town can be an oasis for artists

Woman hopes ghost town can be an oasis for artists 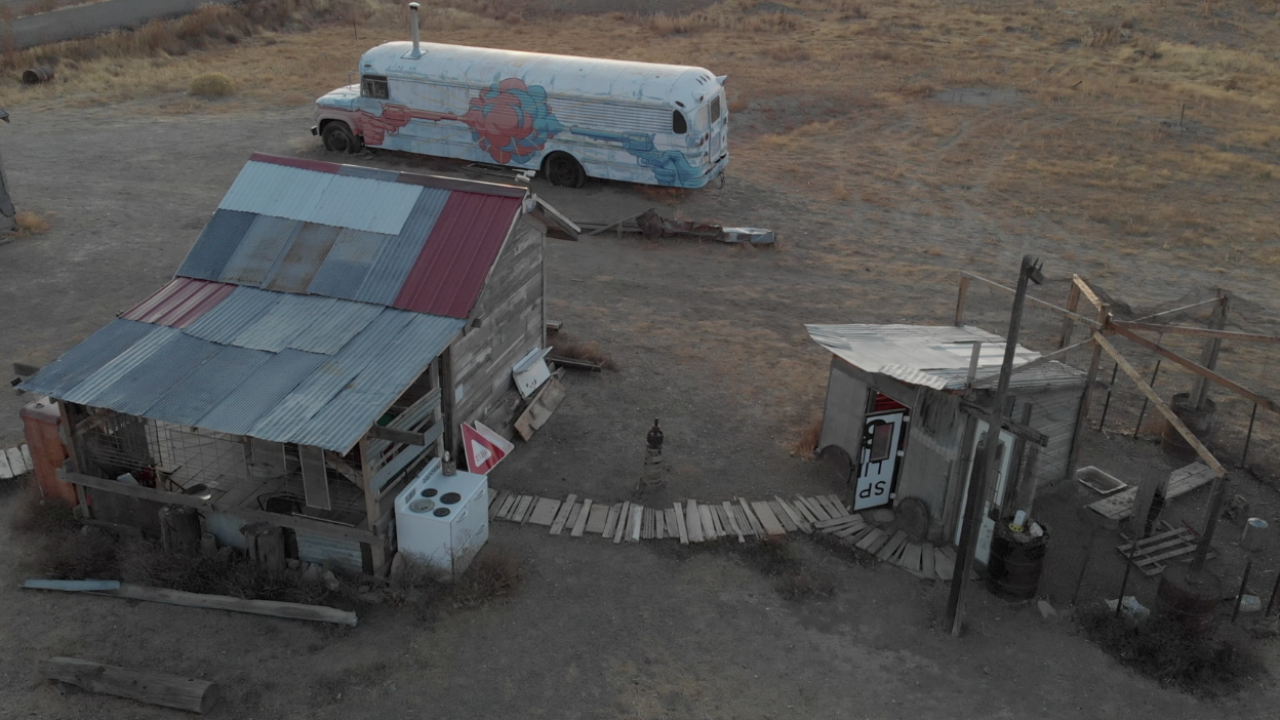 CISCO, Utah - In the Eastern Utah desert, the air is dry, and the cold is biting.

Winter is coming, and the matron of town needs to prepare.

“It’s good to push yourself, I think. It’s really easy to stay at home and watch movies and I think I was trying to avoid that,” said Eileen Muza, who owns Cisco, Utah.

No Netflix for this woman of the wild west.

Cisco, Utah, is a ghost town alright. It's an hour north of Moab, which is where you'll find the closest grocery store. It popped up in the 1880s as a saloon and filling stations for the railroad companies. Without the trains, it wouldn’t be there.

Muza is the town's owner and the caretaker.

“Even though everything here is sort of harsh, she’s sort of weirdly soft,” said Soren Hope, an artist staying with Muza.

About five years ago, Muza bought some land, covered in old, disintegrating buildings and a few broke down automobiles. Muza wouldn't say how much land she owns or how much she paid for it, but the few parcels she owns is less than an acre and the county says it's worth less than a new car.

There is running electricity, but no running water. If you need to use the facilities, you'll be using a composting toilet outside.

Muza was a city girl from Chicago before relocating to Cisco.

“I actually camped, I had a little tent set up. Yeah, and I was really scared, I was like totally terrified,” said Muza.

But five years of living in Cisco has changed Muza.

“Basically a hardened criminal at this point," Muza said. "I’m not afraid to yell at people, tell them to leave.”

But don’t let that hardened exterior fool you; Muza still has a goal. She wants Cisco to be a place where people can come from all over and explore their artistic side.

“It’s a really good place to stay focused on your work, because there’s not that many distractions really,” said Muza.

And that’s where Hope comes in. She’s from New York. She's the only other person living in Cisco right now.

“Brooklyn, and I’m here on the artist residency,” said Hope.

The artist residency is something Muza and her sisters started. They let artists come out and use the space for free. In fact two of the artists a year get a $500 stipend. There's no requirement for the artists to complete anything, just use the space to create what they want.

Hope has been using her time to draw. She says she wants to imprint the desert onto her brain. And she also draws sketches of the chickens.

“I was only scheduled for two weeks, and then I’m just gonna stay here an extra week, and who knows, maybe I’ll never go back home,” said Hope.

That’s the kind of place Muza wants to build. She wants to do it for as long as she can, but, “I hope I’ll know when I need to quit. I hope I’ll understand, if it happens.”

Muza says living out there can take a toll on you. Last winter, she fell off a ladder and no one was there to help. One day, she may have to give it all up.

But today's not that day. She’ll just keep working, keep chopping wood, and keep watching the trains go by.