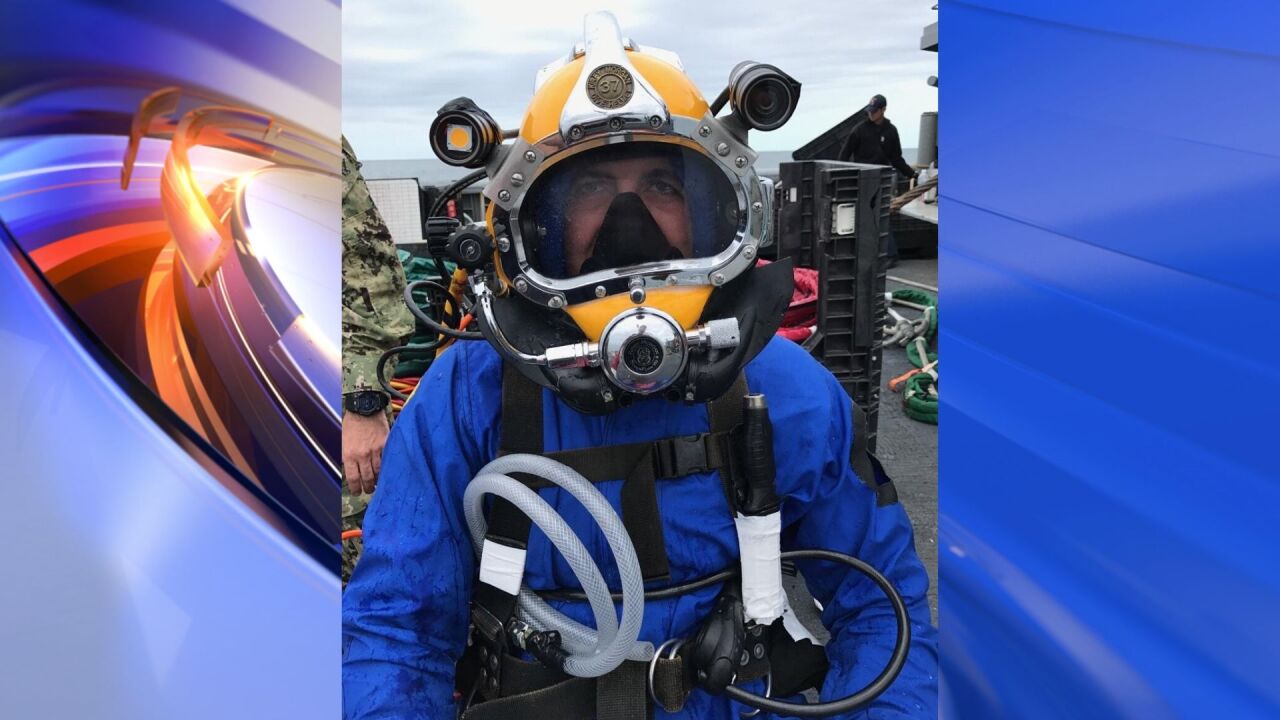 This award allows Navy commands to highlight their top Sailors and reward them for their hard work and dedication.

These Sailors then go on to compete against other command finalists to be recognized as the Sea/Shore Sailor of the Year for the entire U.S. Navy!

The final winners earn promotion to the rank of chief petty officer.

Gerace listed some of the reasons he believes he was selected as the NECC Sailor of the Year.

“I had phenomenal leadership and mentorship as well as sailors that were willing to work with me and for me on a daily basis,” said Gerace. “I was given a rock-solid team and although we were presented with some new and unique opportunities, together we turned them into successful highly evolutions.”

Gerace, assigned to Mobile Diving and Salvage Unit (MDSU) 2 at Joint Expeditionary Base Little Creek-Ft. Story (JEBLC-FS), joined the Navy in 2005. He began his career as a Surface Sonar Technician and in 2008 changed jobs, joining the prestigious ranks of the Navy Dive community as a Navy Diver, and has served in that capacity ever since.

The job of a Navy Diver is challenging and rewarding by itself, but for Gerace, it’s more than that, it’s a family tradition. Gerace’s father served as an active duty/Reserve force Navy Diver for 27 years, retiring as a senior chief, and then worked for the DoD as a civilian diver for almost 30 years. The Navy is also more than just following in his father’s footsteps as a job; it’s where Gerace’s father met his mother and where Gerace met his wife.

Gerace went to Western Branch High School in Chesapeake and graduated in 2004. He offered his thoughts on why joining the Navy is a great choice.

“The experiences, both work related and personal, are irreplaceable,” said Gerace. “Serving your country in this capacity is, in my opinion, one of the most honorable things an individual can do. The benefits of serving, whether it be for four years or 30, will last a lifetime.”