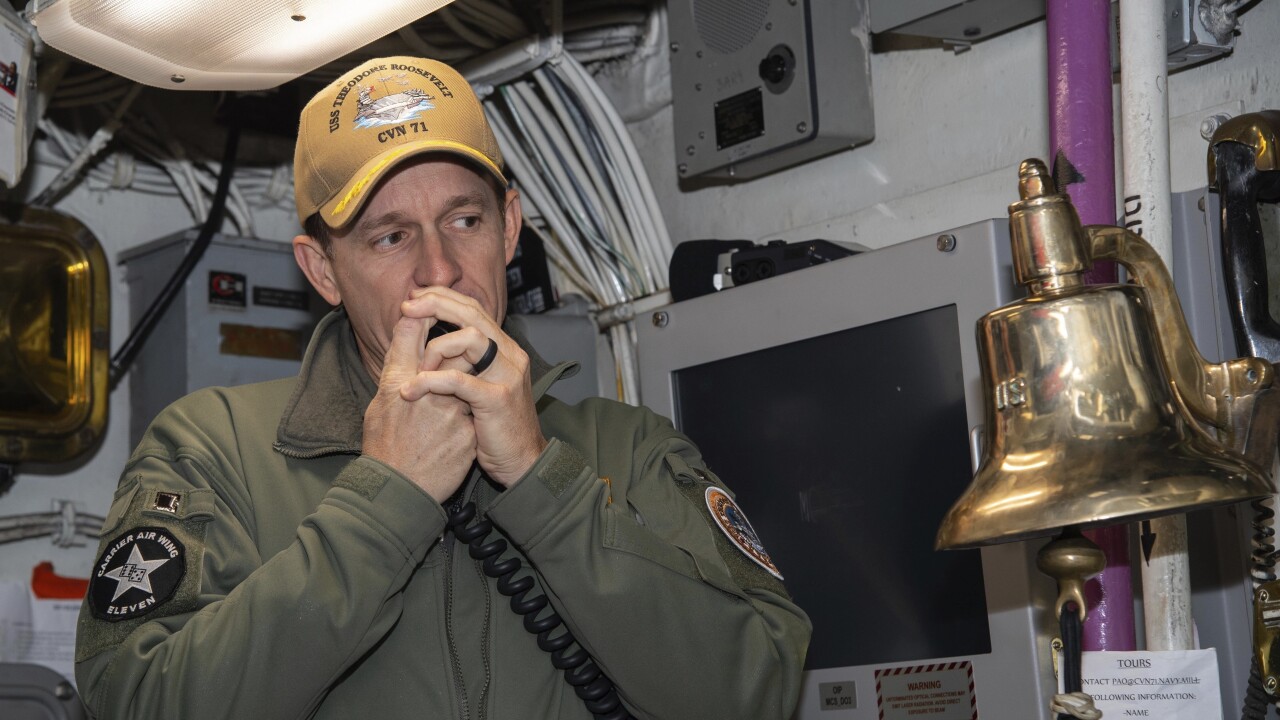 Seaman Alexander Williams/AP
In this image provided by the U.S. Navy, Capt. Brett Crozier, then-commanding officer of the aircraft carrier USS Theodore Roosevelt (CVN 71), addresses the crew on Jan. 17, 2020, in San Diego, Calif. In a stunning reversal, the Navy has upheld the firing of Crozier, the aircraft carrier captain who urged faster action to protect his crew from a coronavirus outbreak, according to a U.S. official. (Mass Communication Specialist Seaman Alexander Williams/U.S. Navy via AP)

WASHINGTON (AP) — A U.S. official says the Navy has upheld the firing of Capt. Brett Crozier, the aircraft carrier captain who urged faster action to protect his crew from a coronavirus outbreak.

That decision is a complete reversal for Adm. Mike Gilday, the top Navy officer.

Gilday also extended the blame for the ship’s pandemic crisis and delayed the promotion of the one-star admiral who was also onboard. He concludes that both men made serious errors in judgment.

The U.S. official spoke anonymously to describe a report not yet public.

The spread of the coronavirus aboard the USS Theodore Roosevelt while on deployment in the Pacific in March exploded into one of the biggest military leadership crises of recent years.