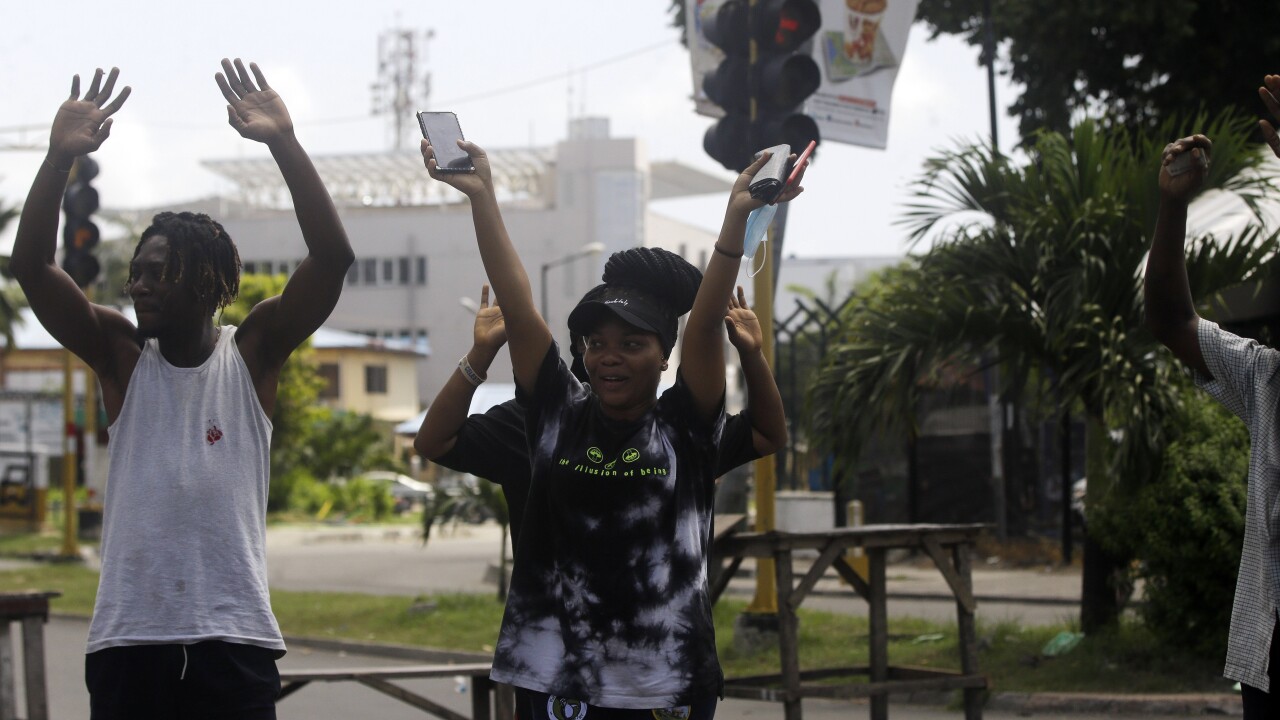 Sunday Alamba/AP
People rise their hands as they approach a police check point in Lagos, Nigeria, Thursday Oct. 22, 2020. Lagos streets were empty and shops were shuttered Thursday, as residents of Nigeria's largest city obeyed the government's curfew, stopping the protests against police brutality that had lasted for two weeks. ( AP Photo/Sunday Alamba)

LAGOS, Nigeria (AP) — Nigerian President Muhammadu Buhari has spoken to the nation about the unrest that has gripped the country in recent days but without mentioning the shootings of peaceful protesters at Lekki toll plaza on Tuesday night that prompted international outrage.

The military opened fire without warning on thousands of peaceful protesters singing the national anthem Tuesday night, killing at least 12 people, according to Amnesty International.

The shootings have been widely condemned but Buhari did not speak of them at all during his Thursday address, instead urging calm.

“This government will not allow anybody or (any) groups to disrupt the peace of the nation,” the Associated Press reported he warned in his televised address, urging protesters to “resist the temptation of being used by some subversive elements to cause chaos with the aim of truncating our nascent democracy.”

“For you to do otherwise will amount to undermining national security and law and order,” he said. “Under no circumstances would this be tolerated.”

He reportedly called on Nigeria’s youths “to discontinue the street protests and constructively engage the government in finding solutions. Your voice has been heard loud and clear and we are responding.”

Protests began in early October, calling for the country's government to shut down the Special Anti-Robbery Squad - also known as SARS - a police unit that Amnesty says carried out torture and killings. According to AP, the squad was launched to fight crime.

AP writer Sam Olukoya reports that the #EndSARS campaign spread across the country and that Buhari’s government said would disband the SARS unit. Protests continued with demonstrators calling for more widespread reforms of the police and an end to corruption.