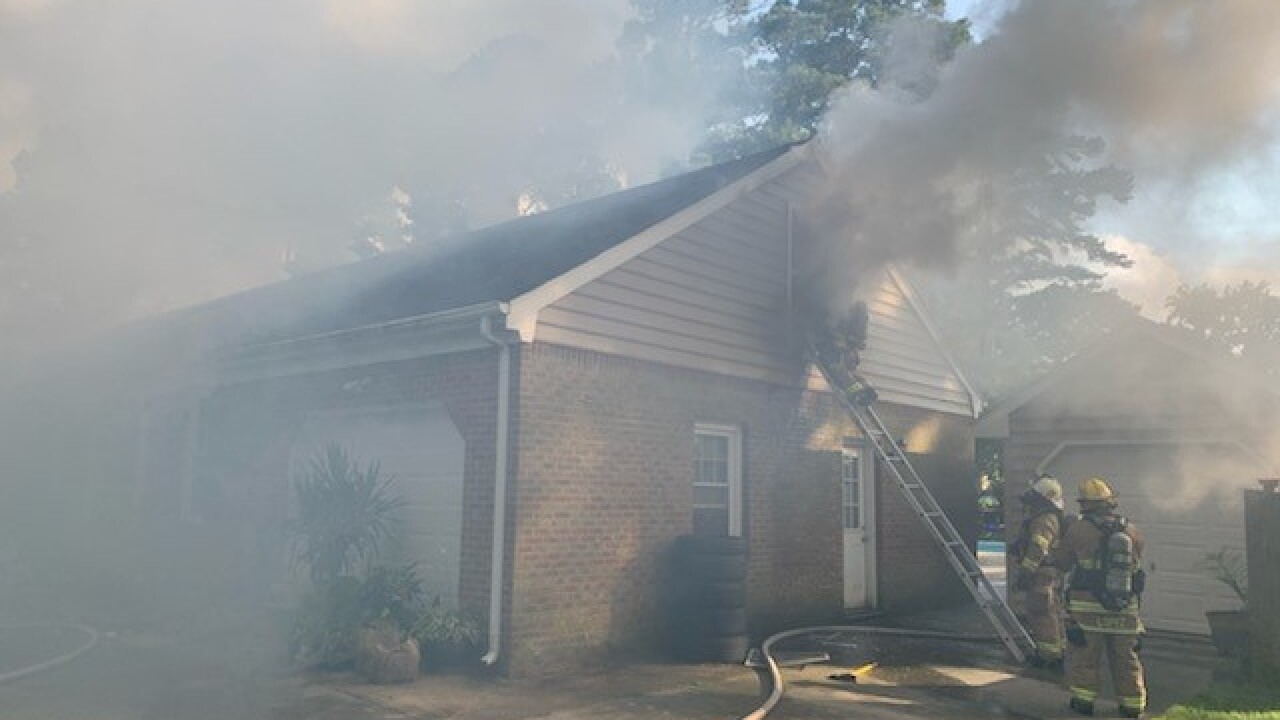 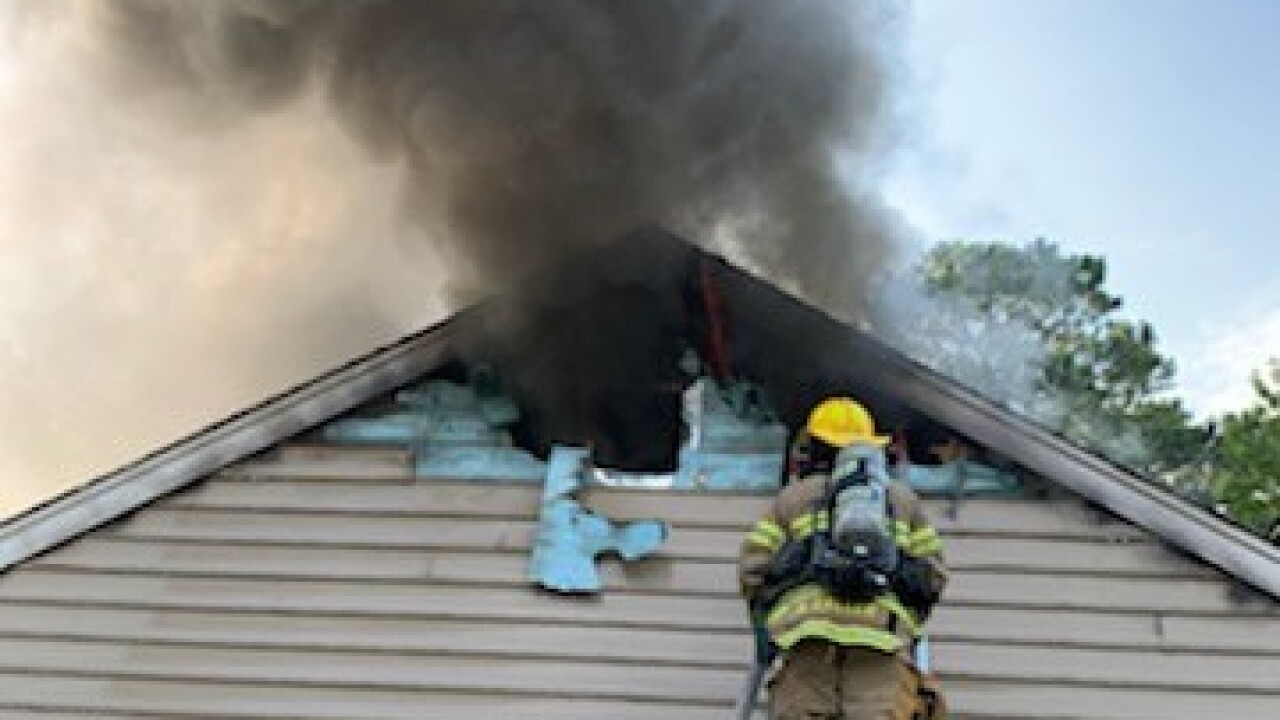 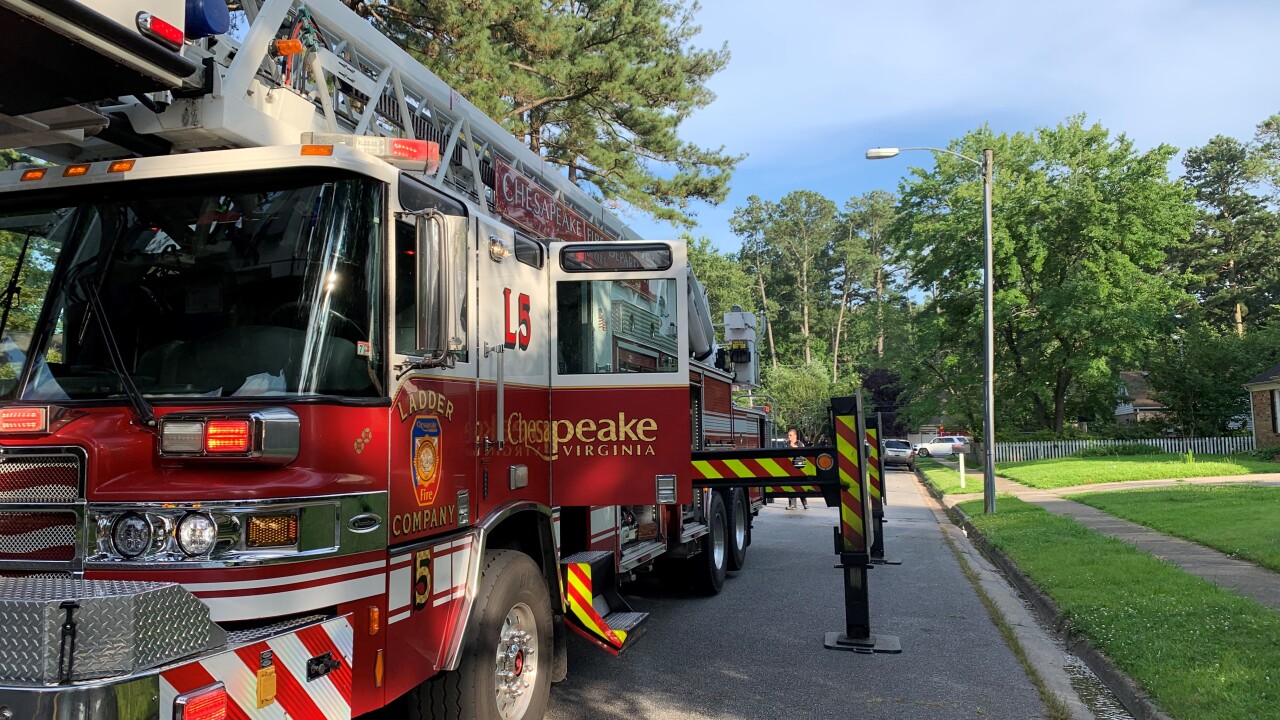 Officials say they responded to a fire around 6:03 p.m., in the 300 block of Alpine Drive after a neighbor called 911.

Crews worked to extinguish the fire which was under-control at 7:17 p.m.

No one was inside of the home when the fire occurred and no injuries were reported, according to officials. Officials say the owner of the home is displaced due to the damage from the fire.

Officials are still investigating the cause of the fire.