Paddling with purpose: Man to travel length of Chesapeake Bay by paddleboard 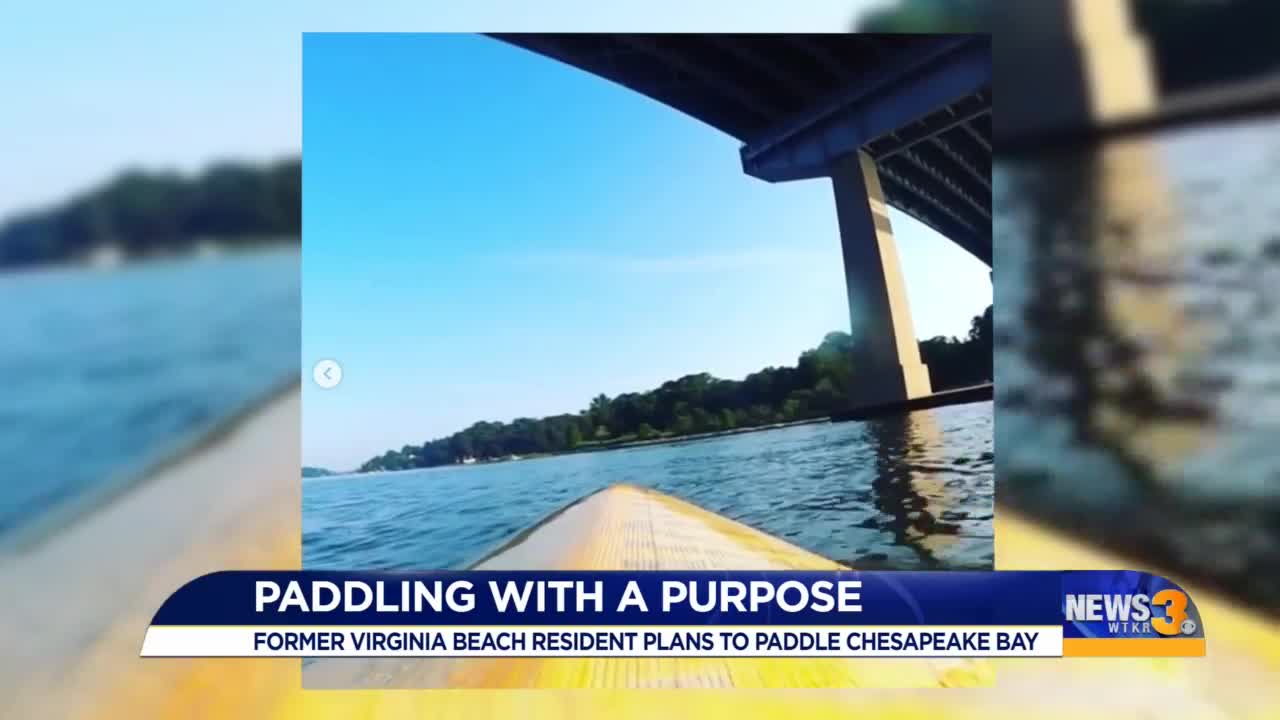 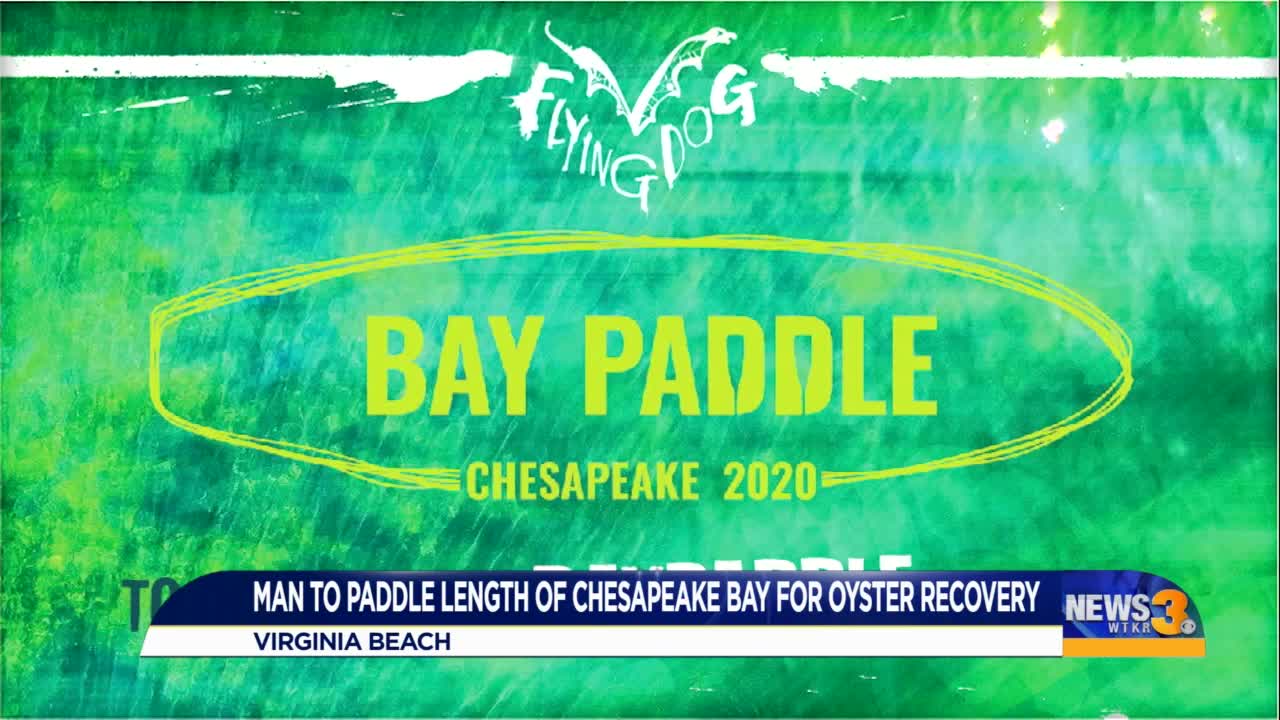 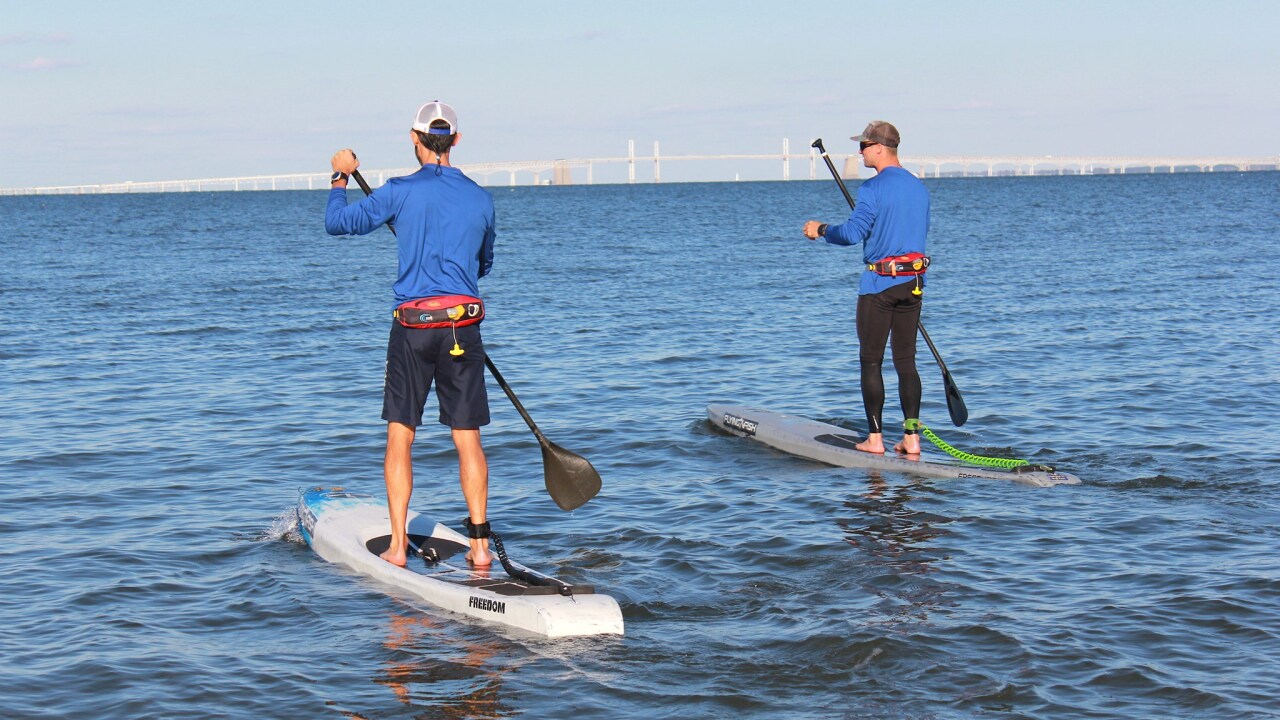 VIRGINIA BEACH, Va. - Chris Hopkinson's late-summer plans aren't much different than those of many folks in our region: he'll be spending some time on the Chesapeake Bay next month.

However, why Hopkinson is doing it - and how he's doing it are remarkable.

Hopkinson, a former resident of Virginia Beach, will attempt an ambitious 240-mile journey from Havre de Grace, Maryland, to Virginia Beach atop a 14-foot paddleboard over the course of just nine days. Depending on the conditions, Chris plans to paddle seven to 10 hours a day.

"You know, we're all concerned about the Bay," Hopkinson explained during an interview with News 3 conducted via Zoom. "We all read and hear about the health scores. I think from the average person, it's really hard to understand what we're supposed to do about it. To me, it just felt like I can take my joy of paddling, make it a little more painful - but more importantly: bring some awareness for oysters."

The Bay Paddle, presented by Flying Dog Brewery, will take place September 18-26, 2020 to raise awareness and funds for the Oyster Recovery Partnership (ORP) to plant oysters in the Chesapeake Bay. A single oyster can filter up to 50 gallons of water per day. "A 10-dollar donation puts 1,000 oysters into the bay," Hopkinson noted. "So there's a huge return on a $10 investment."

Hopkinson has set a fundraising goal of $200,000 for his journey, which will launch from Concord Point Lighthouse in Havre de Grace on Sept. 18. From there, Hopkinson will follow a route that mirrors that of Captain John Smith when he set out to explore the Chesapeake Bay in 1608. $200,000 would plant 100-million oysters in the Chesapeake.