Pakistani passenger plane crashes near Karachi, 107 on board 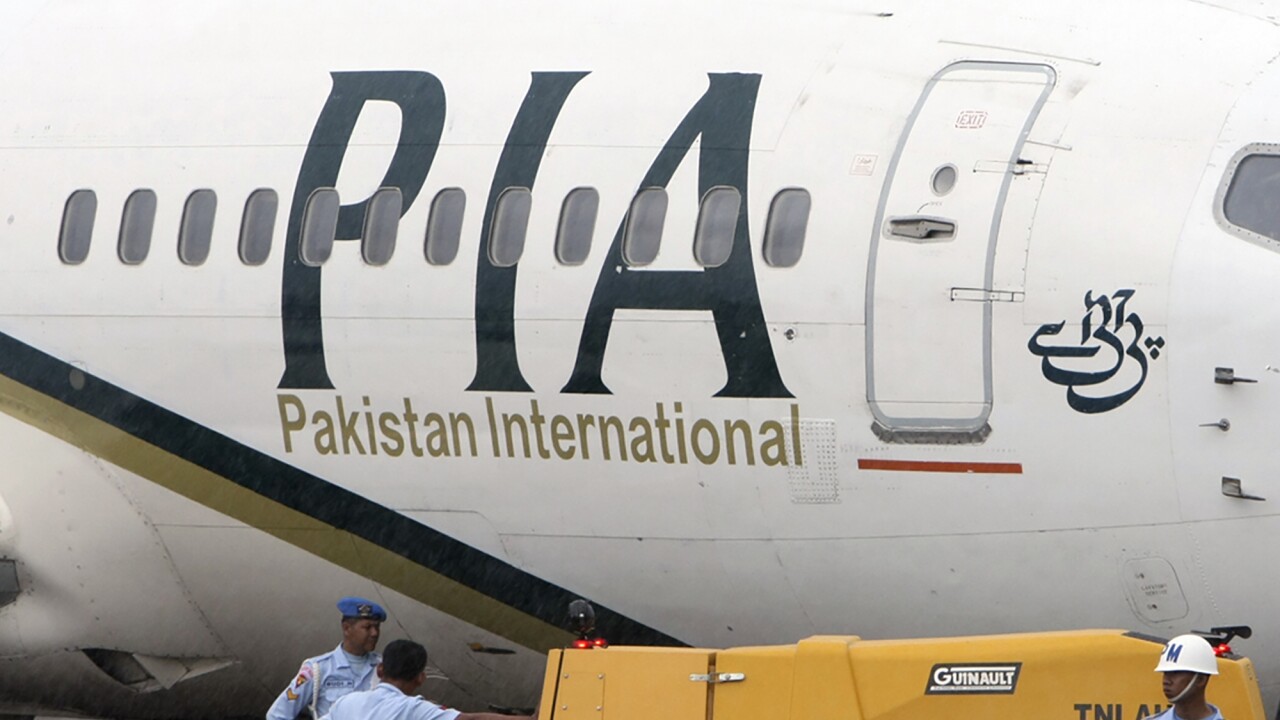 Anonymous/AP
FILE - In this March 7, 2011, file photo, a Pakistan International Airlines passenger jet is parked on the tarmac at a military base in Makassar, Indonesia. A passenger plane belonging to state-run airline Pakistani International Airlines crashed Friday, May 22, 2020, near the southern port city of Karachi, according to Abdul Sattar Kokhar, spokesman for the country's civil aviation authority. (AP Photo/File)

There were no immediate reports on the number of casualties. The aircraft arriving from the eastern city of Lahore was carrying 99 passengers and eight crew members, the official said.

Witnesses said the Airbus A320 appeared to attempt to try and land two or three times before crashing in a residential area near Jinnah International Airport.

Local television reports showed smoke coming from the direction of the airport.

A video shared online by Pakistan's GEO TV showed an emergency crew trying to reach the scene through rubble, with flames still visible in the background. Others showed huge clouds of black smoke billowing up between tightly packed buildings in a residential neighborhood.

PIA Airbus A320 from Lahore was about to land in Karachi when it crashed at the Model Colony in Malir Cant Karachi.😢#planecrash pic.twitter.com/tYoxURCT3g